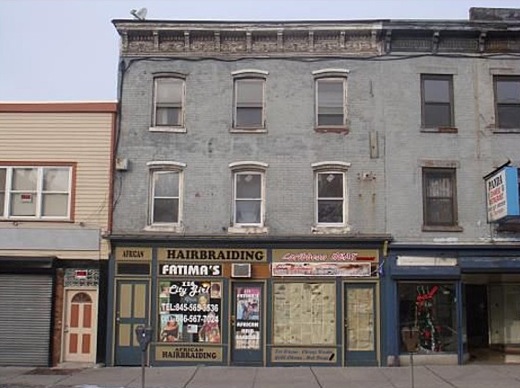 Yes, this building looks pretty ugly but, the reason it is being featured is because of it’s potential. It’s all about location right? Check out this building for sale on Broadway which includes 2 storefronts and 2 apartments. The location has potential because it’s across the street from Safe Harbors of the Hudson, which also is restoring the Ritz Theater, and trying to open a coffee shop/cafe. When the theater is open this should create foot traffic for this storefront and, hopefully the theater will impact the area similarly the way the Bardavon has impacted Poughkeepsie. SHOH published a report on the economic impact the theater could have on the area. The Ritz Theaters box office is already complete, so the theater is on its way. The price isn’t that bad and, with some money invested in the façade, you can help beautify Broadway.