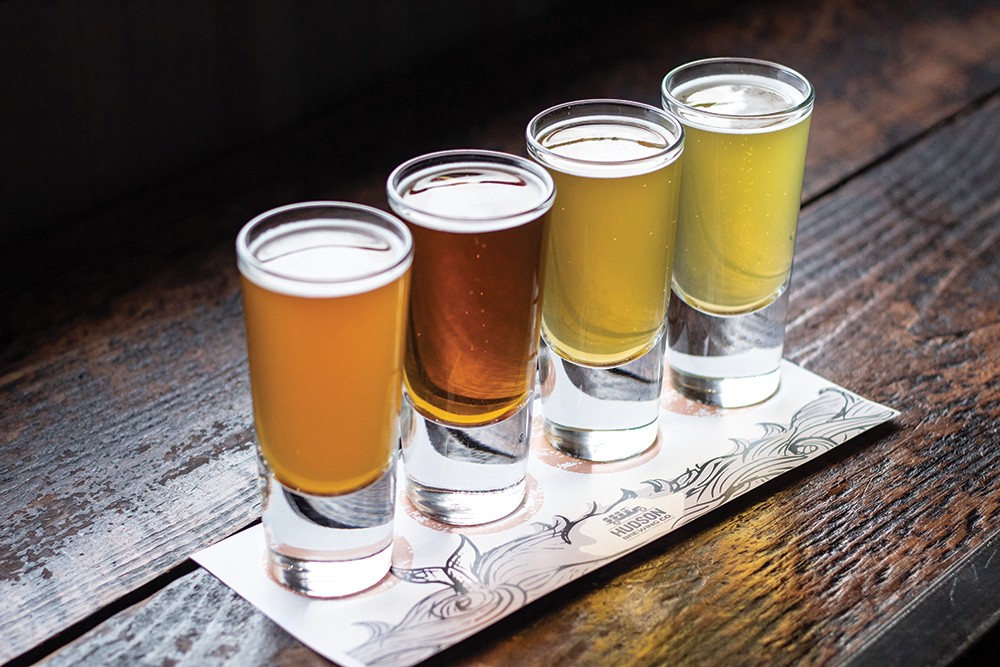 A flight of beers at Hudson Brewing. Photo by Tyler Zielinski

Craft Beer: The World Is Your Biergarten

They say publishing folk like to drink. They’re not wrong. We are, ahem, amply qualified to tell you where—and what—to drink. For now, I’ll just start with beer. The state has a whopping 450+ breweries—we’re now #2 in the country. Yay beer. For candy-colored industrial vibes and a rowdy swarm of friendly barflies, head to Sloop Brewing‘s sprawling taproom in the East Fishkill iPark to guzzle the iconic Juice Bomb at the source. (Since upgrading to this 30,000-square-foot facility, Sloop is now the fastest growing regional brewery in the country.)

A post shared by Sloop Brewing @ the Factory (@sloopfactory)

Personally, I prefer the town watering hole camaraderie of Keegan Ale’s rowdy Kingston taproom, where white-collar tax attorneys rub shoulders with union construction workers, and everyone throws their peanut shells on the floor.

In summer, my friends flock to the wide-open spaces of Arrowood Farms in Accord like hungry geese descending on a public park. Here, you can play cornhole in the hopyard while the sun sets over fields of rye, sheep bleat in the distance, and happy dogs chase other people’s children. (It’s just one of several bucolic farm breweries.) I’ve heard rave reviews about West Kill Brewing, whose fans wax poetic about beers brewed with pure Catskills mountain water and locally farmed and foraged ingredients (like spruce tips!). Like these other breweries, it’s adjacent to a handful of great trailheads for a home run beer+hike outing.

In a pre-pandemic Beacon, people would literally line up around the block for Hudson Valley Brewery’s can releases. The brews, which come in iconic collectable can designs, turn over every couple weeks, adding an element of scarcity and mystique to damn good beer. We’ve also rounded up the best breweries in Dutchess and Columbia counties.