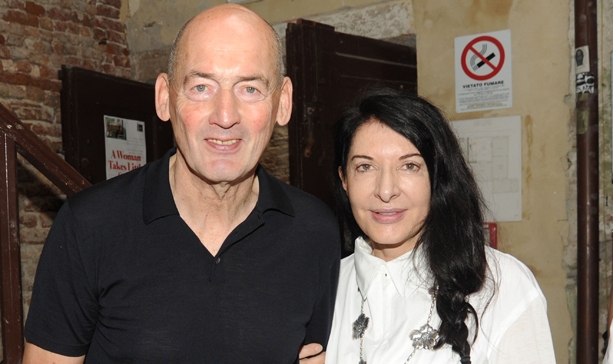 Earlier this week, we read that Hudson, NY has the highest rate of self-employed people in all of New York State. Ten percent of its population is self-employed, making it an even more attractive spot for folks to relocate if they can conduct their business anywhere. Many of those self-employed folk work in the arts, so they’ll have even more company soon, thanks to the introduction of the Center for the Preservation of Performance Art. Artist Marina Abramovic, who sat without moving for some 700 hours at the MoMA for her last project, has selected starchitect Rem Koolhaus to retrofit an old tennis center that she purchased, to become the epicenter of performance art according to Vulture.

The post goes on to describe Hudson for those who don’t know it: “Hudson, New York, and the surrounding region southeast of the Catskills, is already something of a serious art-world hangout, with several expat galleries in town. It was the site of a New Art Dealers Alliance art fair last summer (not to mention the headquarters of the last century’s ‘Hudson River School’ of painters and painting).”

All that is true, though there’s plenty of poverty in Hudson, and not always harmony between the influx of antique-store owners and long-time residents. Still, it adds to the culture corridor between New York and the Berkshires (culminating in Mass MoCA).

For those who fear that performance art is not their thing, well, not to worry. “At the future museum devoted to marathon pieces, viewers will watch in specially constructed chairs complete with wheels, tables to dine upon, and lamps,” they write. “If they fall asleep, ‘the attendant will roll you to the sleeping area’ of the theater, she said, but sleepers will still be considered part of the performance.”