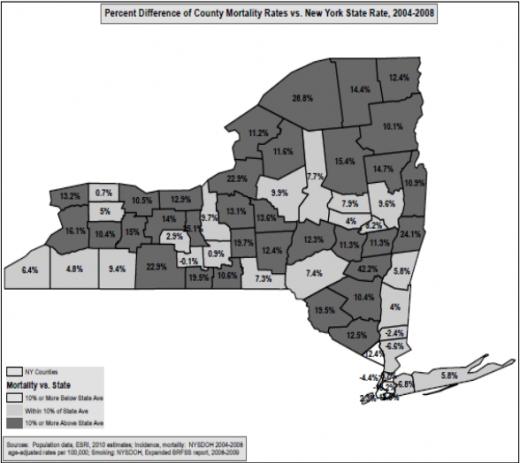 Some New York State counties have higher cancer rates than others, according to a new report by the American Cancer Society, which has some rather surprising and unpleasant findings, like this: “Cancer rates in upstate New York are generally higher than those found downstate.”

Folks, what’s going on in Greene County that’s making people sick? Or is it just that the population there skews older, with fewer younger, healthier folk moving in?