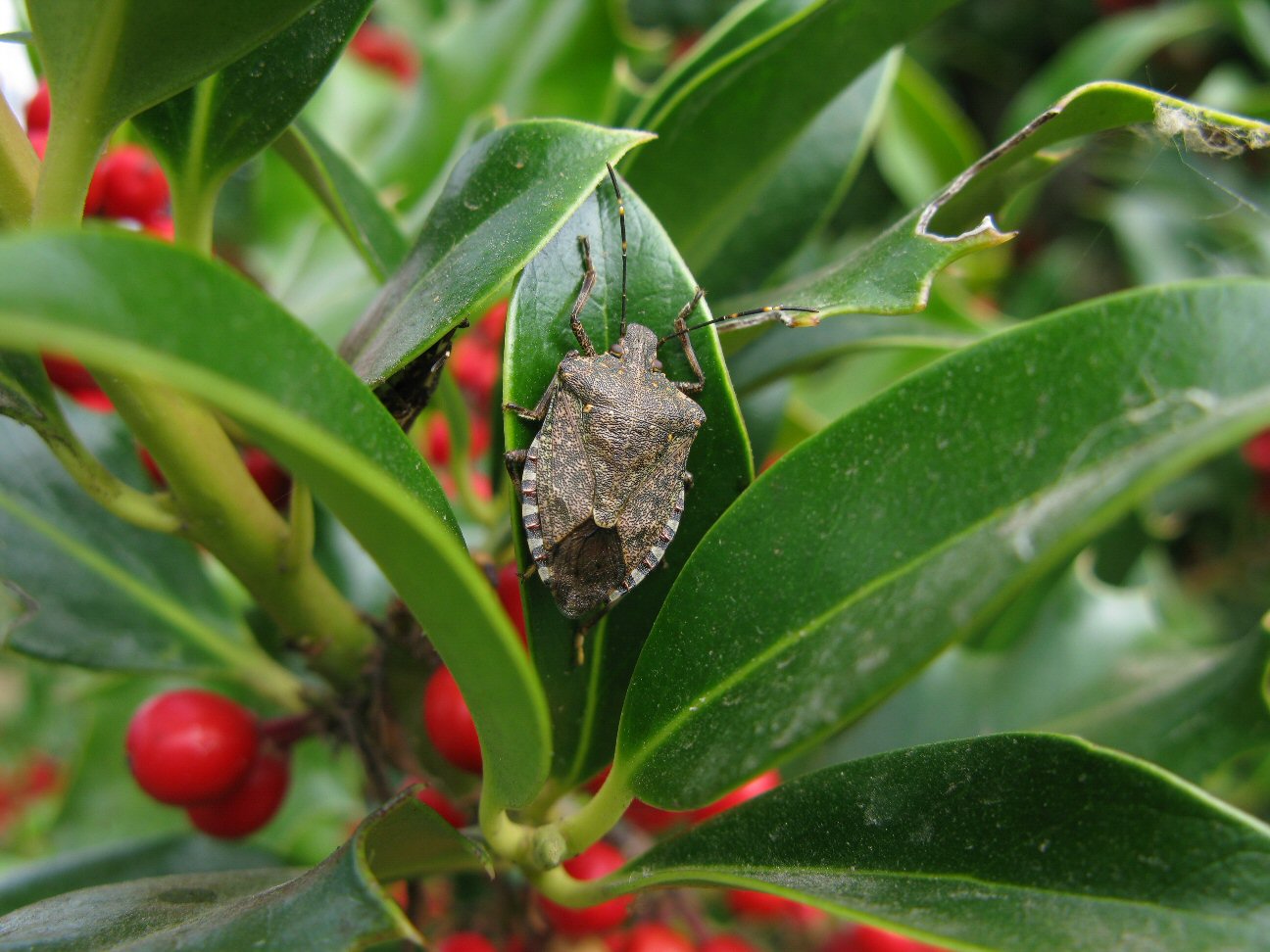 This was the least-objectionable picture of a brown marmorated stinkbug we could find, we promise.

The New Yorker recently published this article about the legions of brown marmorated stinkbugs that have overtaken multiple states throughout the country, including New York. Much of the action takes place in South Carolina, Pam Stone and Paul Zimmerman’s home was invaded by over 26,000 stinkbugs. However, anyone who’s lived or spent any time in this area know just exactly how pervasive these pungent creepy-crawlies can be.

In fact, the brown marmorated stinkbug possesses the distinction of being a rare breed of insect that both decimates crops, and invades your home. That makes the stinkbug – an invasive species to the United States – particularly problematic. From the New Yorker:

“Smaller cities, towns, suburbs, exurbs, and rural areas all strike stinkbugs as prime real estate, because they enable the bugs to do what they do best. In the fall, winter, and spring, brown marmorated stinkbugs take up residence in private homes, sometimes by the tens of thousands. Then, in the summer, they quietly let themselves back outside, into nearby gardens, orchards, woods, and farms, and steadily set about destroying them.” Furthermore, stinkbugs are equal opportunity consumers. They will eat anything.

So, what’s an agriculture to do? Read the article to find out more (seriously, it’s absolutely fascinating). In short: the USDA is working on it, because it’s a huge problem.

According to entomologist Peter Jentsch from Cornell University’s Hudson Valley lab, stinkbugs are naturally pesticide-resistant. From the article: “[Jentsch] calls it the Hummer of insects: a highly armored creature built to maximize its defensive capabilities. Its relatively long legs keep it perched above the surface of its food, which limits its exposure to pesticide applications. Similarly, it eats from the interior of plants, where, for obvious reasons, pesticides are not meant to penetrate.”

Here at Upstater, we always suspected those horrific space invaders were more than just an ugly face. Sadly, there’s not a whole lot a homeowner can do about it. Well, aside from risking an olfactory assault when you smash one, or catch-and-release. Pick your poison.

Do you have a brown marmorated stinkbug tale of woe? Tell us about it in the comments!