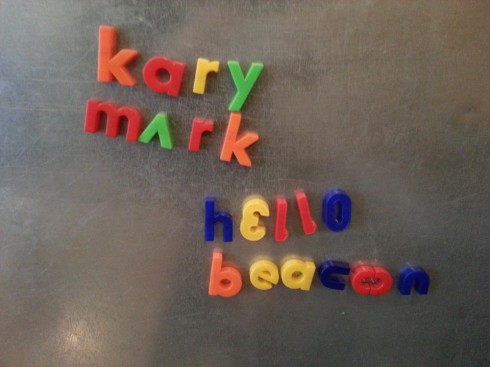 It was about a year ago that Mark and I jumped on a Metro North train and traveled to Beacon to see what the place was all about. On that day it was hotter than heck and we didn’t have a car so had to walk everywhere.  Despite our discomfort, we fell in love and the rest is history. (More after the jump)

Why We Went to Beacon First

We knew barely anything about any of the towns in the Hudson Valley, so chose Beacon because it was close enough to take a Metro North train, but far enough away that it would feel decidedly different from Brooklyn.

Not really knowing what to do (and because it was so HOT that day) we walked from the Beacon Metro-North train station to Main Street. Our first stop was Bank Square Coffee. Its the first business on Main Street as you walk from the train station, so you can’t miss it. We were so thrilled  to see the place and were excited to think about what lie ahead of us as we trekked down Main Street.

If you’ve never been, Beacon’s Main Street is very very long. So long in fact that it actually has three flavors – the beginning, the middle and the other end.

The beginning of Main Street is where most of the “tourists” go who, like us, walk from the train station. It has some cute shops, some galleries and a few restaurants. As you walk, you notice Mt. Beacon in the distance and you truly know you aren’t in Kansas (NYC) any more. The view can be breathtaking.

By the time you reach the “middle” of Main Street…you think you may have taken a wrong turn and almost want to go back the other way. And many people do. So much in fact that the city has decided to try and spruce up the middle part so the stores at the other end can also partake of the foot traffic coming into town. I urge you to keep going if you get to this part and think its not worth going on. The other end of Main Street is very cool…keep walking.

The middle part of Main Street isn’t horrible…especially by NYC standards if you’ve ever mistakenly found yourself on one of those blocks. But it’s not hip, cool, or pretty. And you wonder if its worth the effort and sweat to keep walking.

Luckily we decided to do so.

The Other End of Main Street is the Best Part

The other end of Main Street is actually much nicer the beginning. It has many more shops, antique stores, galleries and restaurants. It also has a few real estate agents that allowed us to pop in and dream for a moment or two, and find out if this place was a viable option for living. IT WAS! When you get there…keep walking around the corner where you’ll think once again, “That’s it, lets turn around.” Walk just a few yards more and go to Beacon Falls (I’m talking about the actual falls).

On that day, we ate at a couple of restaurants (it was HOT! and we needed many breaks). We window shopped; we walked a few blocks off of Main Street to find out if we wanted to live there. And we walked back to the train station.

On the train back to Brooklyn, we had pretty much made up our minds right then and there, we were moving to the Hudson Valley…if not Beacon itself, then somewhere “up there.”

So if you’re reading this blog from your apartment in Queens, Brooklyn or elsewhere….and you’re wondering “could I live there?” My only advice to you is get your butt on a train and just see for yourself. There are plenty of towns you could travel to depending on whether you take the Hudson River line or the Harlem line. If you’ve got a car…well then what the hell are you waiting for?? Either way…just go. DO IT! Even if you decide its not the place for you, I bet you won’t regret seeing for yourself.

You can read more about our adventures on our blog.