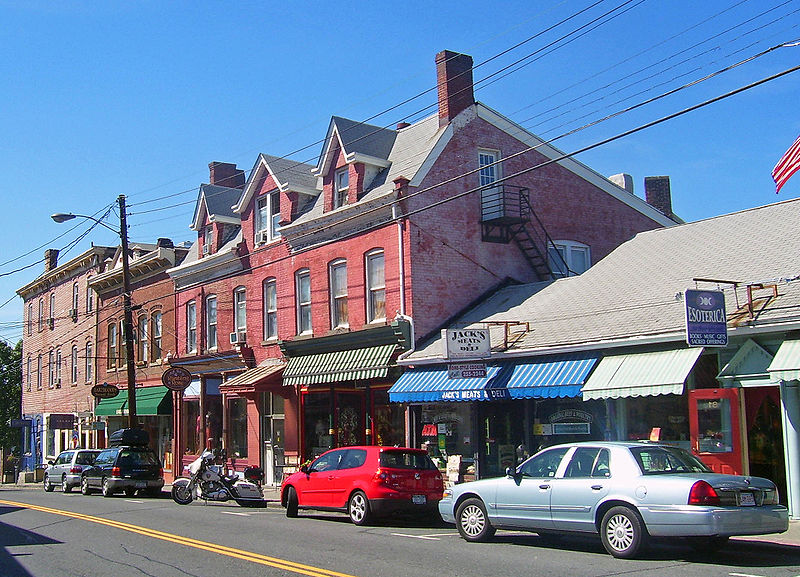 This week we have another guest-poster writing about her newly adopted home town of New Paltz, giving us the inside scoop from an ex-Brooklynite’s perpective. 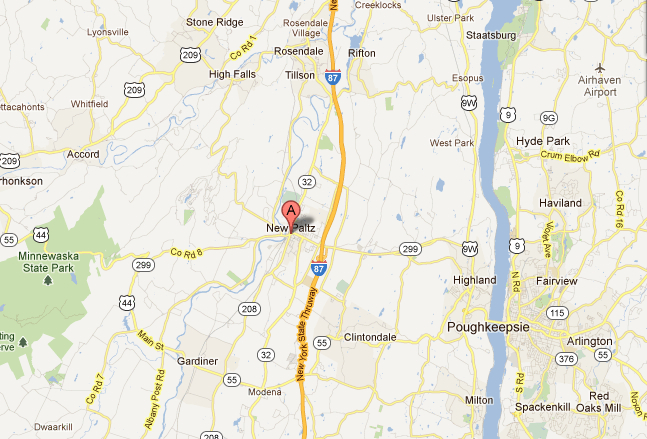 Of course, this is not just any ex-Brooklynite. This happens to be my former acupuncturist and doula, so in addition to having discriminating taste in real estate, she has intimate knowledge of, um, me (and the 41 most grueling hours so far of my life). Thus, I trust her with my life…and my Upstater.

By way of full disclosure, Liz is also selling her house in New Paltz (which we’ll put up later in the week), but only because it’s too much house. Sometimes people relocating from 700-square feet Windsor Terrace apartments get a little square feet crazy, and now Liz and her family are looking for something smaller. But they definitely want to stay in New Paltz, and you’ll find out why below.

As far as my own impressions, well, New Paltz has a bit too much tie-dye and a few too many drunken college students for my taste, although the non-drunken students make for a great babysitting pool. I’ve eaten at some delicious restaurants there, especially the Village Tea Room. The real estate snapshop at the time of this writing shows an average listing price of $397,000, with an average of $182/square foot, the same as last year at this time. The average for sale price is over $400,000, but the average sold price is less than $300,000. Pricier than some surrounding towns, but that probably has to do with the amenities, which Liz will tell you about now…

I grew up in Brooklyn with a hundred kids on my block playing kick the can, catching fire flies in jars and going to the football field to tumble with all the neighborhood gymnasts. Life was good and my mom cooked for the neighborhood. She’d open the door and yell my name when it was time to eat and we’d all come running. Our house, which my parents bought in 1977 for a whopping $54K, was filled with neighborhood kids and family from morning till night. That was Brooklyn. And I loved it.

But it was different as an adult and a parent.  Prospect Park became the backyard for our kids. Moms would gather and meet at the playground, we’d meet at the zoo and at local kids sing alongs. We were always trying to find a place to go, since no one’s apartment was big enough to play in. There was a great sense of community amongst my mom friends, but as many of them began having a second and even third child, things began to shift. Space, high priced real estate and schools were the issues at hand. Slowly, friends started leaving Brooklyn. They all left for the same reasons, more space, better schools, safer streets and yards to play in.

We visited them. A lot. It was clear that we wanted to go too.

We started driving upstate, looking for towns; I think we went everywhere between Manhattan and Newburgh until we crept north to New Paltz.  As we drove through the village and then across the Carmine Liberta bridge in the summer with the cornfields and the sunflowers and the gunks in the distance, I felt a sense of openness and expansion that I have never felt in Brooklyn. New Paltz also had everything we wanted; a walkable village with a good coffee shop, bookstore, and yoga studio. It had the outdoors: climbing, canoeing, hiking and riding.  It had health food stores; CASs, organic restaurants and it even had an amazing Waldorf school. We know it’s amazing because our tween now goes there, and believe me… it’s amazing.

We test drove New Paltz. We lived here for a month and completely felt at home. We bought a house 3 months’ later and spent weekends in the country till we were able to sell our Brooklyn condo and make the full move. The transition was not without its hard moments, but they were just growing pains.

One of the first “play dates” our son had here in New Paltz was with a boy from his class. They went out into the woods behind our house and climbed trees. The neighbor’s dog, which is a huge German Shepard, met them in the woods and played with them. I watched from the window, sort of uncomfortable and worried. Finally I went to the office where my husband was working from home and sheepishly asked, “They are playing in the woods and I can’t always see them from the window, that’s ok, right?” He said “honey; they are 12-year-old boys playing in the woods with a dog, what could be more right?”

Yup. We were home.