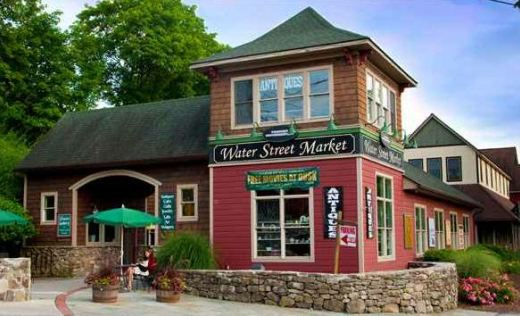 I am seated at a table with friends, at the center of which stands a cheap and very much insipid box of wine. A bandanna-ed man with what looks to be walrus tusks looping out of his nose sets up projection equipment. People lay blankets or towels on strips of lawn, sprawl out, and indiscreetly sip from their own boxes of what I assume is sour tasting wine, cups of beer bought from one of the local bars, or a drink from Water Street’s Jar’d. Those avoiding alcohol purchase coffee or tea from The Mudd Puddle. It’s Water Street Market’s movie night, and tonight’s screening is Sleeper, Woody Allen’s slapstick vision of a dystopic future. The movie will be shown on a large projection screen that faces the pastoral Antique Barn. Screenings here at Water Street Market are held every Monday (Tuesday is the rain date) at dusk from June through August, and the turn out is always high. On nights that show really popular films (this summer’s include Jurassic Park, The Breakfast Club, and The Blues Brothers) hundreds of New Paltzians and out-of-towners pack into the market to watch. 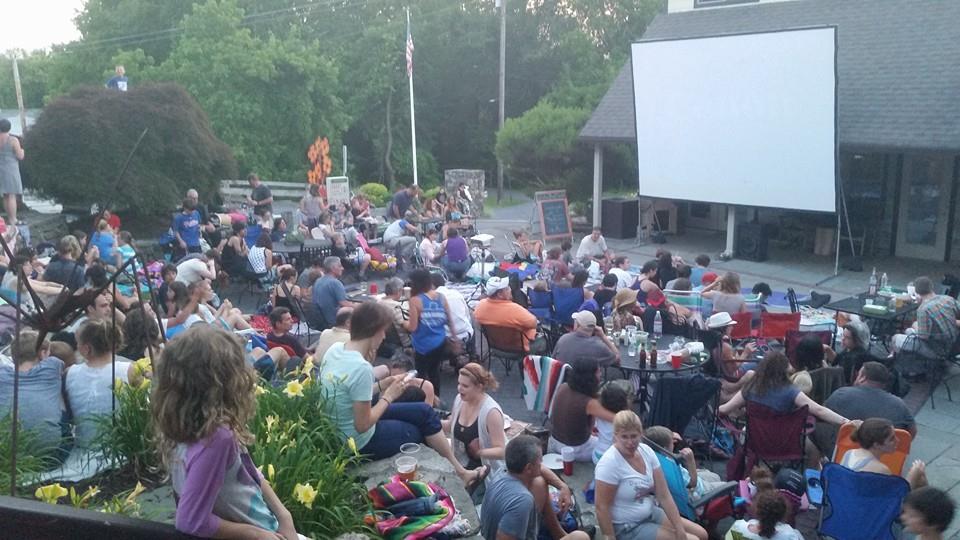 As someone who tends not to go to a movie theater anymore, and instead opts to do most of my movie-watching alone and in bed, Water Street’s screenings are reminders of why movie-going used to be such a popular tradition. Laughing at Woody Allen flap his arms hysterically in order to take off in a jetpack while being chased by police just feels better when part of a flurry of distinct laughs (though, it should be noted, that one distinct laugh occurred far more frequently than all the others, and was more often than not followed by asthmatic repetition of the last line uttered by Allen or one of the film’s other characters. But this became a kind of unifier for the rest of the audience, which winced as a single entity whenever the individual in question committed a movie-going etiquette offense). The market also offers free popcorn with a half-dozen seasoning options, including something called “nutritional yeast,” and tastes way better than the $10 imitation-butter slathered buckets you find at traditional movie theaters.

Once the film ends, the crowd shuffles out in packs, all heading to different destinations to either continue the evening or call it a night. Either way, Water Street’s screening is a night of lazy summer fun that is always a highlight of a New Paltz summer. For more information on Water Street and its film series, visit Waterstreetmarket.com/ 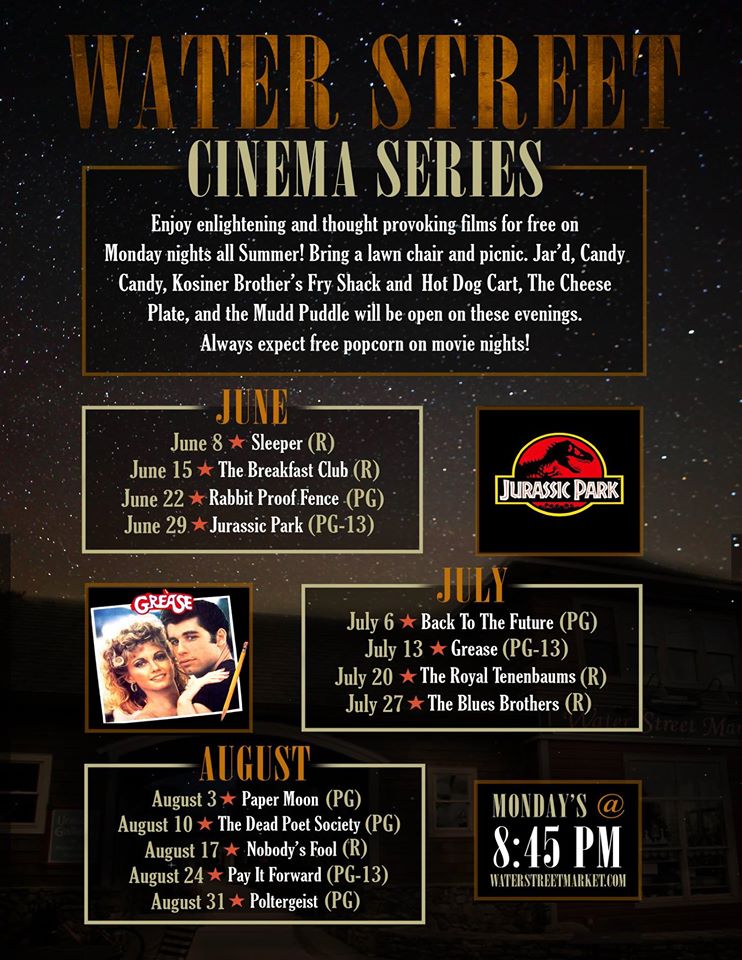 Jake Swain is an undergrad at the State University of New York at New Paltz, where he studies English, creative writing, and philosophy. When he isn’t breaking out into sweats over schoolwork and rapidly approaching adulthood, he enjoys writing, hiking, cooking, and reading fiction. His writing has been previously featured in the Stonesthrow Review and Chronogram.