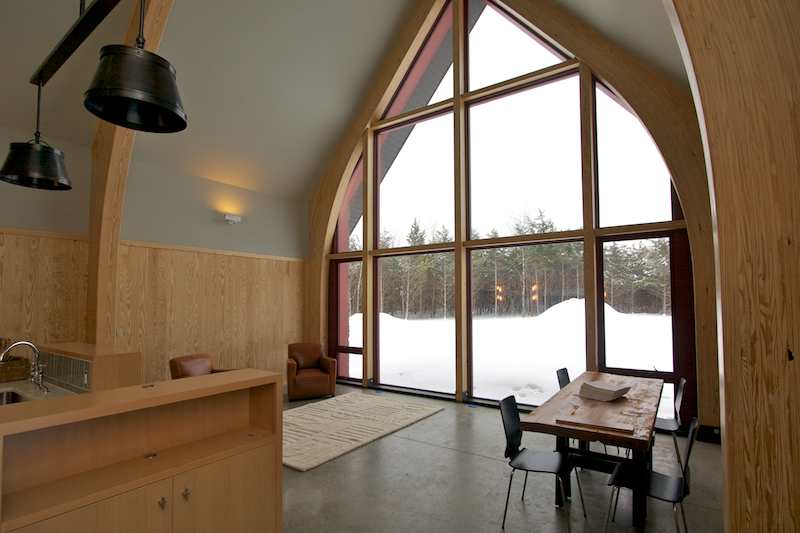 Haven’t heard of Passivhaus? It’s one of the greatest green building innovations since the igloo. Basically, it’s a house so tightly sealed that it hardly needs to be heated or cooled. It uses an air exchanger to help regulate the temperature, as well as passive solar heating (basically, a giant wall of south-facing glass that lets lots of light and sun and heat in during winter months, and an overhang to block it during the summer).

This passive house, a spec house in Claverack built by Dennis Wedlick Architects, is a beaut. 349 Millbrook Road in Claverack is an electric house with an expected annual utility bill of $400. Nice. It has three beds, two baths, 1,650 square feet and seven acres, all a hop-skip from Hudson. The ceilings are 22-feet high, very open floor plan. I think it’s a tad too modern for me, a little on the sterile side, though I’m sure if you furnish it warmly it’ll be amazing. Certainly, it’s a piece of architecture to be proud of.

It was profiled in the NY Times last summer (as well as in Interior Design this fall) and listed at $595,000. So what happened? Turns out the builder’s costs were much higher than anticipated, so they’ve now listed it at $675,000. Harumph.