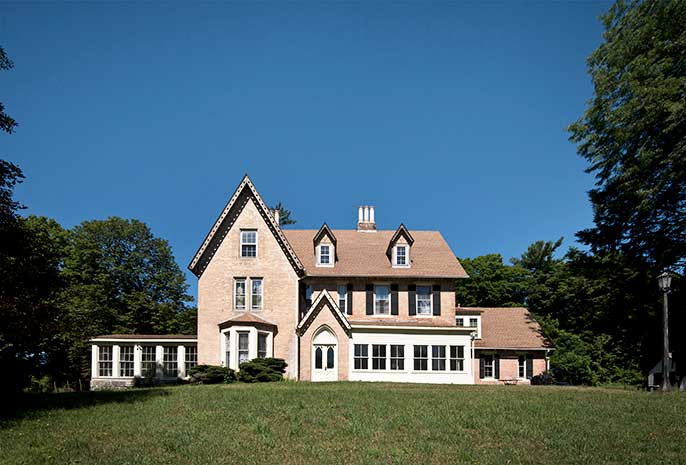 This might surprise you, but before Abercrombie & Fitch was that dimly-lit shop that presented an olfactory nightmare when you walked by it in the mall, A&F was an outdoor adventure outfitter that sold fishing rods, shotguns, and tents. In fact, consummate outdoorsman/26th US President Theodore Roosevelt used A&F’s gear on safari, as did Richard Byrd during his expedition to Antarctica. 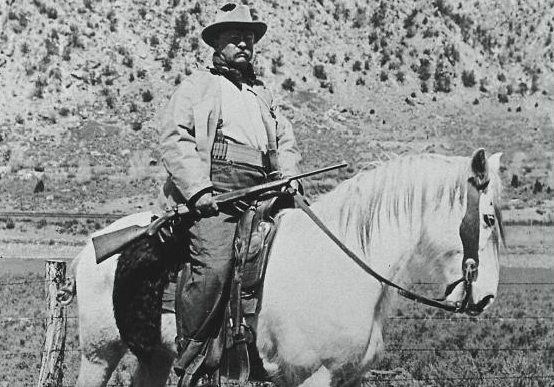 Did Teddy Roosevelt get that rifle from Abercombie & Fitch?

So, it makes a certain kind of sense that A&F’s co-founder, Ezra Fitch, would settle on the Hudson River Valley as his summer home destination in the 1850s. After all, the town of Coxsackie in Greene County was Fitch’s birthplace, and the Hudson Valley is an outdoorsy Paradise. So, too, is Fitch’s Gothic Victorian, now on-the-market for $1.9 million. 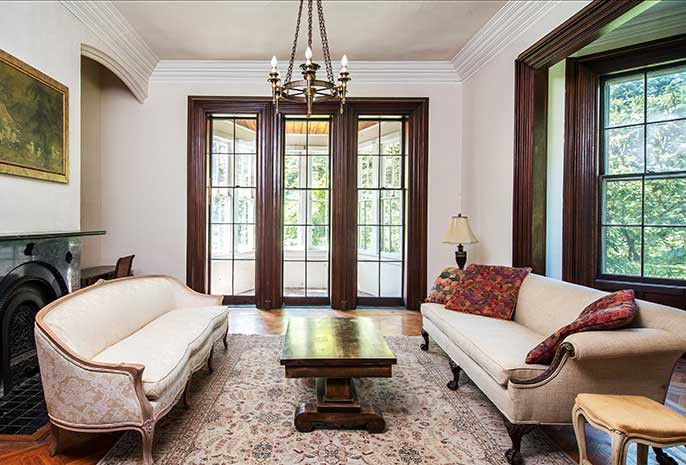 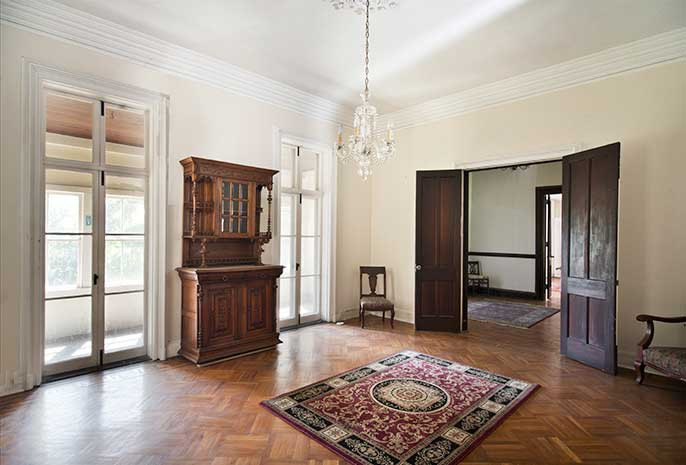 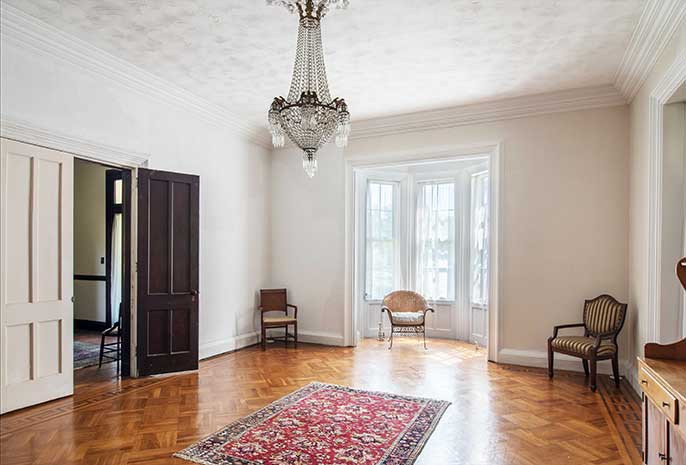 For a company that catered to salt-of-the-earth nature lovers, A&F’s co-founder sure knew how to spend the summer in style. This Gothic features nearly 7,000 square feet of interior space, as well as 10 bedrooms, 5 baths, sky-high ceilings, and a practically-cavernous kitchen and dining, large enough to process even the biggest game animal.

With an extensive renovation, however, the kitchen comes into the 21st century with stainless steel appliances, center island, sub-zero fridge, and copious storage space. Other updates include geothermal heating/cooling and solar power. Lots of original details remain in the kitchen, like the brick beehive oven with cast-iron hardware, and throughout the rest of the house, like parquet floors, crown moldings, and woodwork. 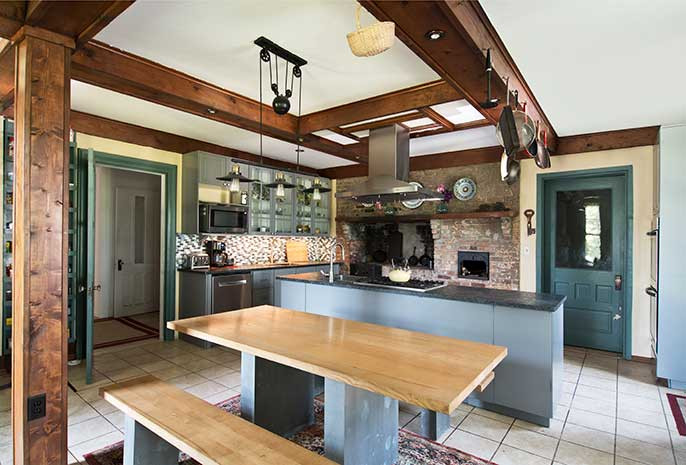 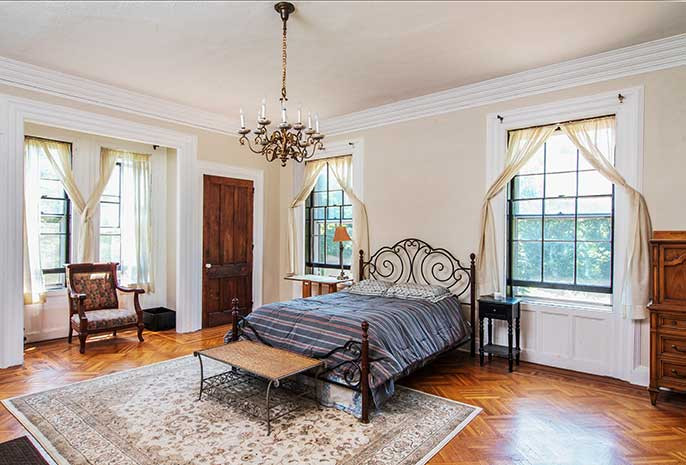 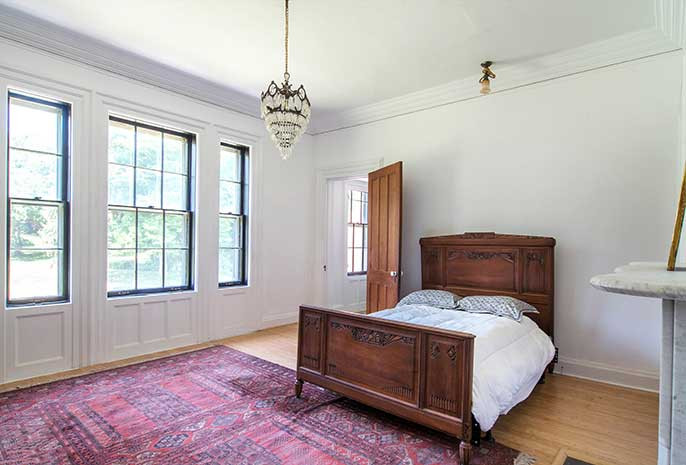 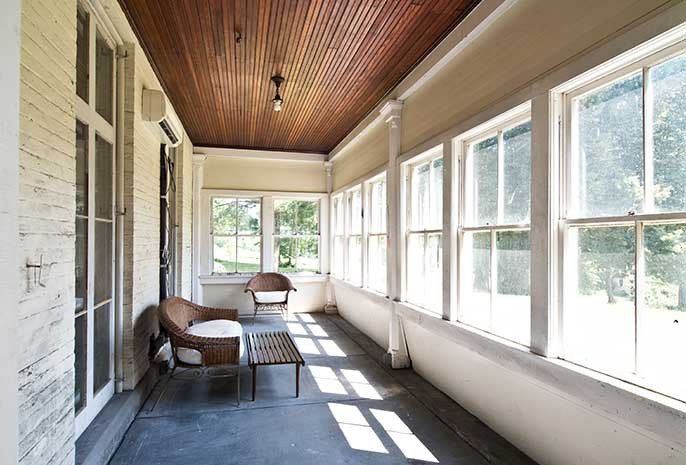 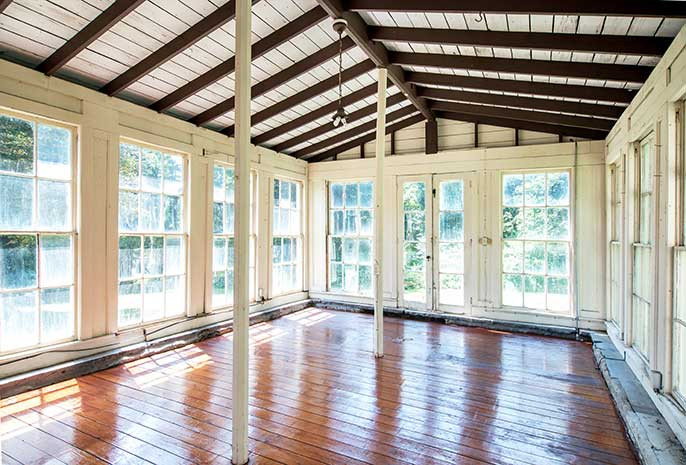 Ultimately, like so many rich white guys who had enough money to play tourist in the world of hunting and gathering, Fitch clearly wanted his creature comforts, as well as the option to spend time outside in a gorgeous, virtually-untouched natural setting. And so he had it, in the form of an 80-acre parcel of land located mere steps from the Hudson River, in full view of both the Berkshires to the east and the Catskills to the west.

There’s a lot you could do with a property like this. You could make it your private residence, or you could open an inn/B&B or retreat center. Or, perhaps you could take your cues from Fitch. See, Fitch was a big lover of the outdoors and spent his time off from being a Titan of Industry fishing in the Catskill Mountains or exploring the Adirondacks. Maybe Fitch Mansion could be a public park, forever preserved in its natural state, available to everyone. That’s a pretty selfish wish, of course. We just want to wander around old Fitch’s estate, taking in the natural splendor of it all.

Located down a long, secluded driveway, west of the Hudson River, about 2.5 hours from NYC. 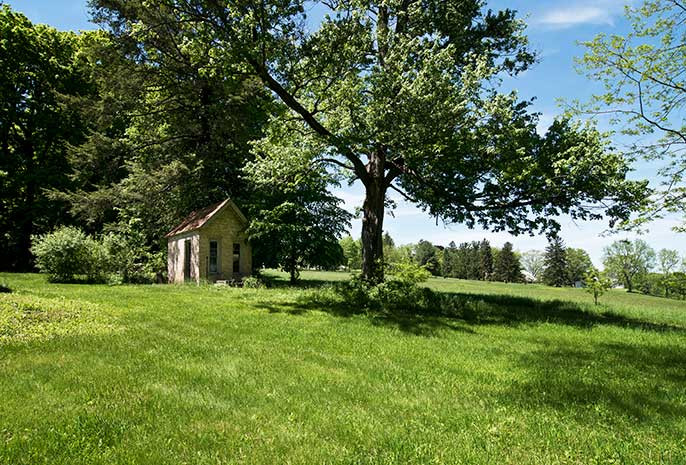