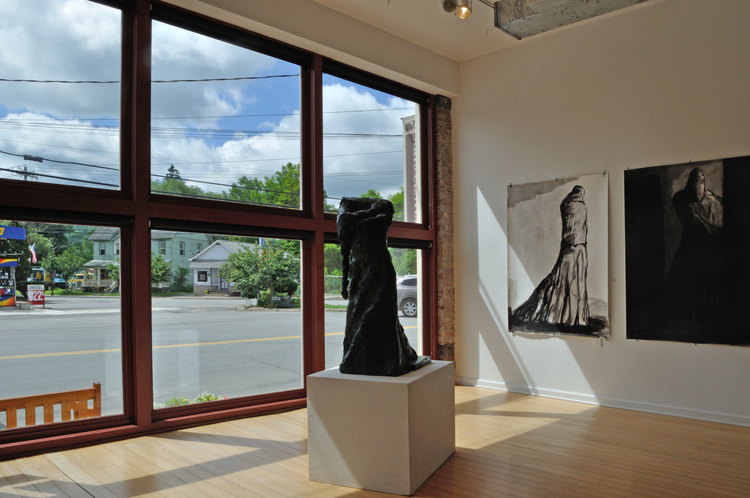 The Upstater area is filled to bursting with artistic and creative towns. The big ones like Hudson, Kingston, and Beacon are on everyone’s perennial faves list of artsy places, but the desire to create and add beauty to the world isn’t isolated to those cities. In fact, the small towns of the Hudson Valley and Catskills put artists like Frederic Church, Thomas Cole, Asher Durand, and John Frederick Kensett of the Hudson River School on the map during the 19th century. The hamlet of Palenville in Greene County played host to a number of those artists and poets, making it a hub of creativity drawing inspiration from nearby Kaaterskill Falls. The village of Woodstock (no, not the location of the 1969 concert) is also home to a creative enclave known as the Byrdcliffe Colony, which started in the early 20th century and is the oldest operating Arts & Crafts colony in the country. And yes, it’s still thriving.

Those awe-inspiring views of the Hudson Valley and Catskill Mountains continue to serve as inspiration to today’s visual artists, and many of them love the small towns of the region, congregating in places like Livingston Manor, Roxbury, Phoenicia, Windham, Catskill, Millbrook, Kinderhook, and many more. Who can blame them? The scenery, gentler pace, and camaraderie keep creative types inspired on a daily basis.

This week, we’ll be getting in touch with our artistic side and looking at the residential real estate listings in small towns in the Hudson Valley and Catskills that are big on art. Stay tuned…