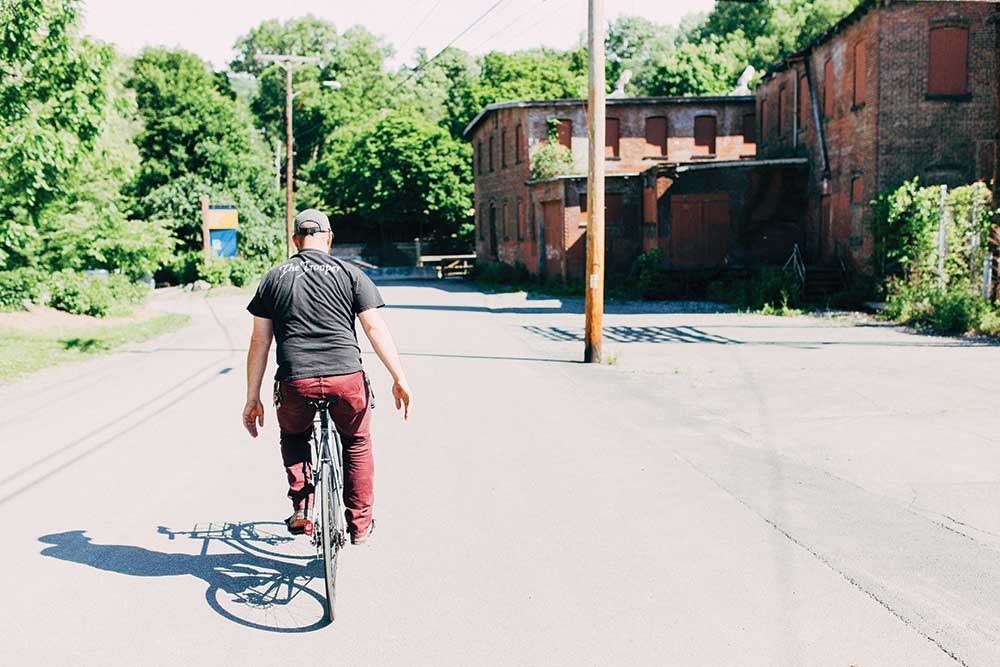 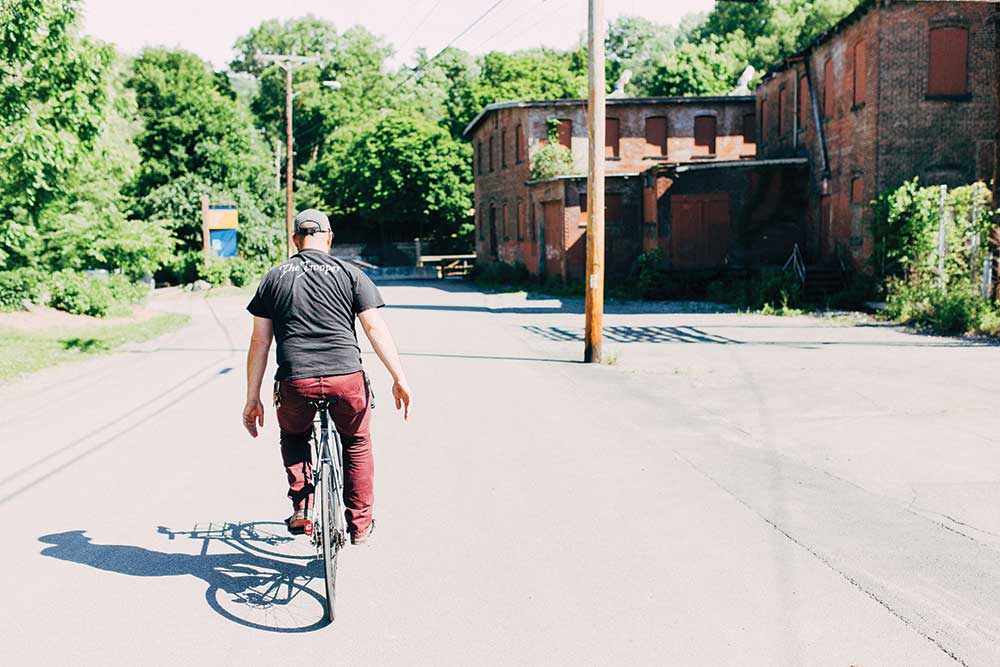 For many New Yorkers, Beacon is best known as some mysterious place up the Hudson River where their friends who started a family moved. But Beacon is also the perfect destination for a weekend getaway. This tiny city of just over 14,000 residents features world-famous art, fine food, and easy access to the great outdoors. And if you find yourself lingering at the windows of the local real estate offices and looking at the cost of renting an apartment on Main Street or buying a charming two-bedroom house with a wraparound porch, well, maybe those friends who recently moved away are onto something.

One of the many advantages to visiting Beacon is that Metro-North’s Hudson Line makes a stop right on the river. In fact, most of Beacon’s major attractions are within walking distance, although you’ll want to wear comfortable shoes and pack some hiking boots—but more on that later. In the meantime, it’s well worth foregoing renting a car and, instead, enjoying the gorgeous scenery of the 75-minute train ride alongside the Hudson River.

The bad news is that it’s a little over a mile from the train station into town, but the good news is that there’s a brewery about two minutes into the walk. Duck into 2 Way Brewing Company (18 West Main Street) for some fortification for the hike ahead. Highly recommended is Confusion, 2 Way’s interpretation of traditional farmhouse ale, but it’s just one of the many brews that 2 Way makes on the premises and keeps on tap. And in the event of an overly enthusiastic sampling of the rest of 2 Way’s catalog, note that there are plenty of cabs around to make it the rest of the way to the hotel. Try Empire Cab (845-831-4444) or A Beacon Cab Service (845-625-6422).

Located on Fishkill Creek at Beacon Falls, in the former home of America’s first lawn-mower factory, the beautifully restored buildings that make up The Roundhouse (2 East Main Street) feature 23 boutique hotel rooms along with The Roundhouse at Beacon Falls, a critically acclaimed upscale, casual restaurant showcasing the bounty of the Hudson Valley. It’s an easy stroll from the hotel after check-in. The Roundhouse’s summer menu includes pulled chicken with goat cheese mayo, arugula, and pickled onions, and a patio just about 100 yards away from the raucous cascade known as Beacon Falls. Later on, for a nightcap or two and maybe even a plate of French fries (don’t worry, those extra calories can be burned off tomorrow), take a walk up the street to cozy, brick-lined Dogwood (47 East Main Street).

Grab a breakfast sandwich made with fresh local eggs and a mug of good strong coffee at Homespun Foods (232 Main Street) and enjoy it in the leafy courtyard while waiting for the morning fog to lift (both externally and internally). All clear? Great! Because it’s time to hike to the top of Mount Beacon.
The city’s namesake, and the star of the New York State flag, towers over Main Street. Head to the trailhead at Mount Beacon Park (at the intersection of Route 9D and Howland Avenue), grab a map from the kiosk, and head up the Red Trail. It’s a steep, one-mile climb to the 1,600-foot south summit, but the views facing west over the Hudson River, with the Shawangunks and the Catskills in the distance, are worth it. Also at the south summit are the ruins of a mountaintop casino and an incline railway that ferried the well-to-do up the slopes for a night of high-class revelry 90 years ago. From the ruins, the Red Trail leads up to the recently restored Beacon Fire Tower on the north summit. On a clear day, from the very top of the tower, Manhattan can be spotted over the rolling green hills. Allow 2.5 to 3 hours to make it all the way to the fire tower and back to the trailhead at a leisurely pace.

After a hike like that, it’s time for some protein intake. Poppy’s Burgers and Fries (184 Main Street) offers local, grass-fed burgers that are arguably the best in the Hudson Valley, and the menu’s vegetarian options (including rice bowls and a homemade veggie burger) are made with the same high standards as its meatier offerings.

After lunch, Main Street is well worth exploring. Hudson Beach Glass (162 Main Street) offers glassblowing demonstrations; Dream in Plastic (177 Main Street), which was born in a Brooklyn basement in 2007 and moved to Beacon in 2009, is stocked with fun, kitschy items from Asia, from Ganesha air fresheners to adorable/terrifying Japanese toys; Sound Shack (190 Main Street) has plenty of crates filled with vinyl for digging; and locally made spirits abound at Denning’s Point Distillery (10 North Chestnut Street).

Along the way, there are dozens of art galleries to check out, as well as the Beacon Theater (445 Main Street), a 1930s art deco theater that’s in the process of being restored. BAU Gallery (506 Main Street) showcases the 11 members of the Beacon Artists Union, including mixed-media artist Carla Goldberg and sculptors Tom Homes and Gary Jacketti. Matteawan Gallery (464 Main Street) represents a long list of local artists, including “performative drawing” artist August Ventimiglia. Fovea Exhibitions (143 Main Street) specializes in photojournalism that’s both humanitarian and provocative; a recent show, “Gitmo at Home, Gitmo at Play,” featured photographs of Guantánamo Bay by Debi Cornwall.

Recently expanded, The Hop (554 Main Street) is a combination bar/restaurant/craft beer store that’s always packed with happy locals and contented tourists alike. It’s right across the street from The Roundhouse, making it easy to retire after a fine meal of kale and lamb sausage with local polenta and a few IPAs.

Load up on carbs on the back patio of Culture Cafe (157 Main Street) with one of six varieties of pancakes, then head back down the river to Dia:Beacon (3 Beekman Street). Located inside a former Nabisco factory on the banks of the Hudson, the museum showcases large-scale artworks from the 1960s to the present, all from the collection of the New York City-based Dia Art Foundation. 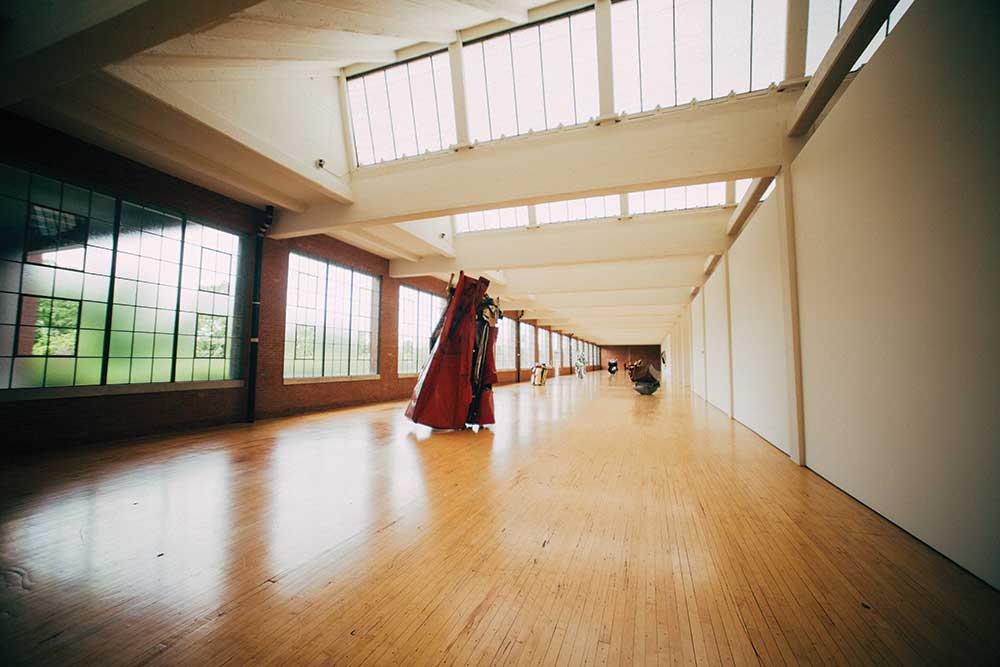 It’s an easy downward stroll toward the train station, where the Beacon Farmer’s Market, sets up on the docks of the Hudson River every Sunday in warmer weather (and inside the nearby big red barn in the winter). With luck, one of two famous sloops might be docked there too, offering short rides. Both the Clearwater (run by the environmental group of the same name) and the Woody Guthrie, operated by the Beacon Sloop Club) were restored by the late folk icon Pete Seeger (a longtime Beacon resident) and his ever-willing compatriots.

It’s not necessary to be a Whovian to enjoy a late lunch at the Dr. Who-themed restaurant Pandorica (165 Main Street), but guests may be left wondering why the stuffed potatoes on the menu are referred as a “Sontaran Brigade.” (See, the Sontarans were an evil race of aliens who kind of looked like…well, never mind.) Instead, tuck into a chicken cottage pie or a plate of fried fish fingers with custard, and try not to get sucked into the heated conversation two tables away about which Dr. Who actor was the best one. (Arguably, it was the fourth, Tom Baker.)