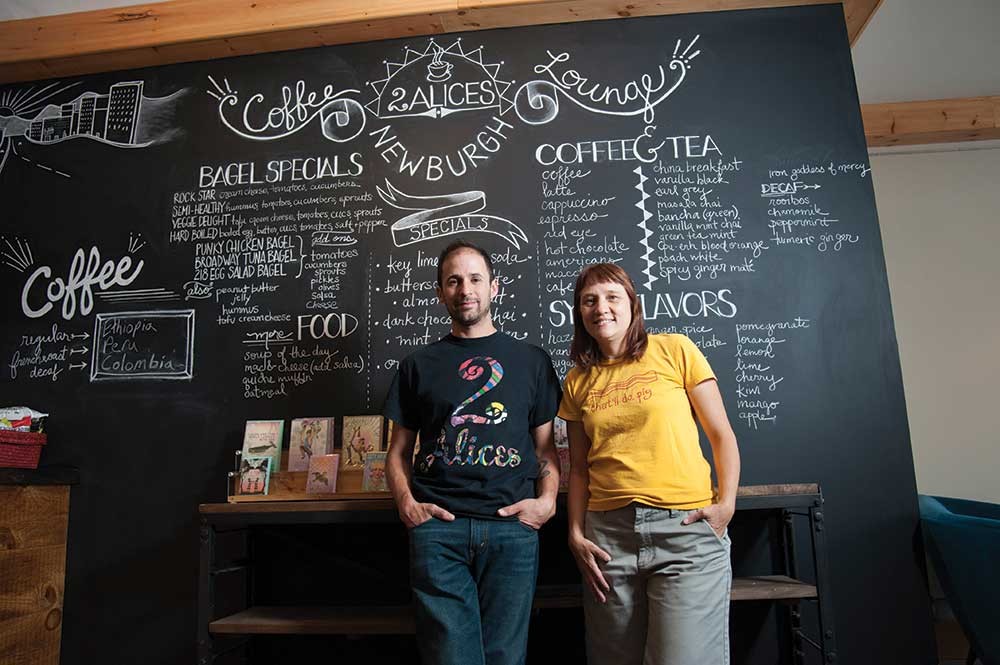 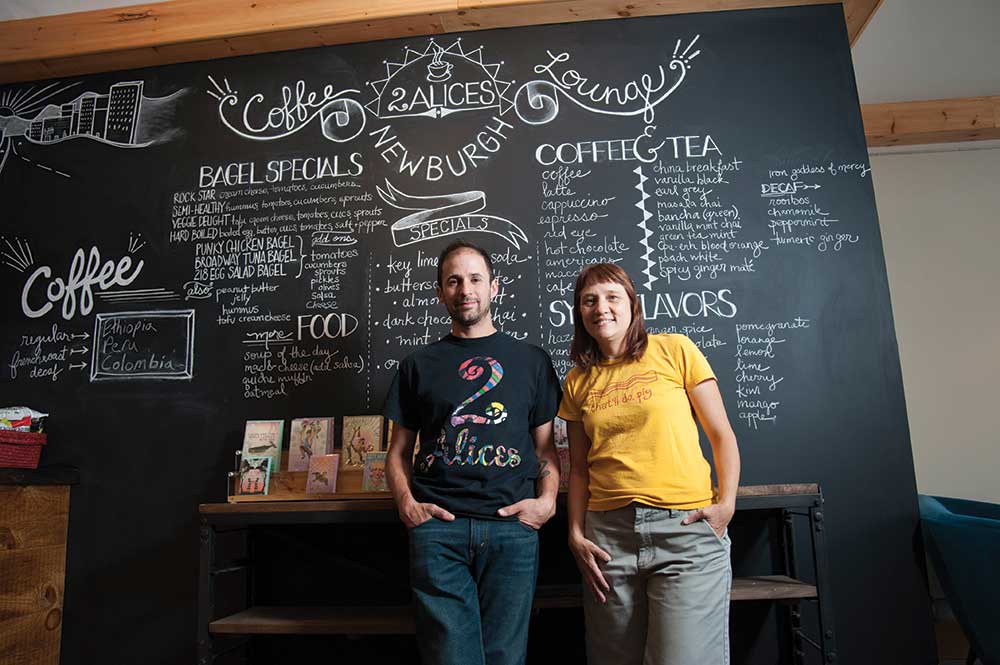 Film camera assistants Mikey Jackson and Aurelia Winborn moved from Brooklyn to Cornwall-on-Hudson in 2007 with their son Atticus, who’s now 10. Little did they know they would change their lives completely by becoming café owners. We talked to Jackson to get the details.

Why did you move to the Hudson Valley?

We wanted to buy our own place, and that didn’t seem to be affordable in Brooklyn. We liked Cornwall, and the fact that it had a coffee shop—we couldn’t live in a town that didn’t have one. 2 Alices had been open a year when we moved here. We bought it a year later. But buying a business wasn’t on our agenda. We were just trying to get out of the city.

Did you have any second thoughts about moving?

We were both in shock from pulling the plug on New York. We were like, “What the hell did we just do?” We didn’t know anybody here. Then we purchased 2 Alices. That planted us here and made us feel like this was home, not the city.

What’s best about living up here?

I can walk out of my business or my house and know almost every person’s name. Our son is really happy up here. We’ve asked him if he wants to move back into the city, and he always says, “No, I don’t like it. It’s too crazy there. I like it up here.”

It’s been over seven years now. The clientele has quadrupled, but all the original customers that were there seven years ago still come in every day. Community is our business model. We need and want to appeal to everyone. It feels great that our place is their common ground. Having a strong community makes a town a success, so anything we can do to support that seems to work hand in hand with our business model.

You recently opened a second 2 Alices at Safe Harbors of the Hudson, a large-scale redevelopment project combining housing and the arts, on Broadway in Newburgh.

We’d been talking about a second location for years. But when Safe Harbors came to us, it felt more right than before. Newburgh seems to get a bad rap, but we didn’t think about it much. It seems very similar to some of the neighborhoods we lived in in Manhattan in the ’90s. There’s a guy opening up a really nice wine shop on the next corner and a couple of tapas places coming in. It seems like things can only get better.

Will there be more 2 Alices in your future?

There have to be.