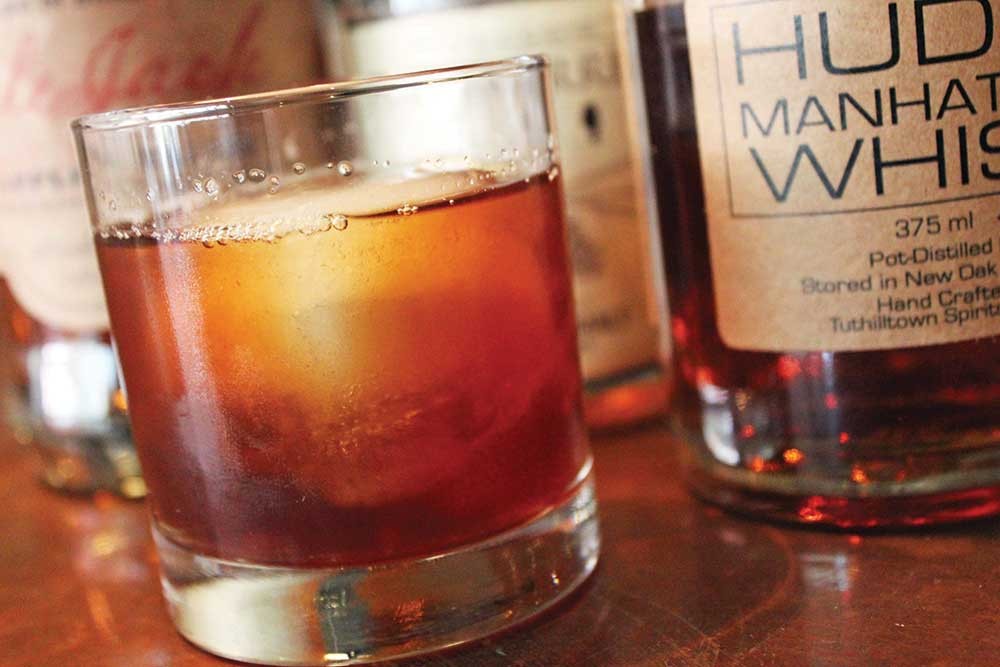 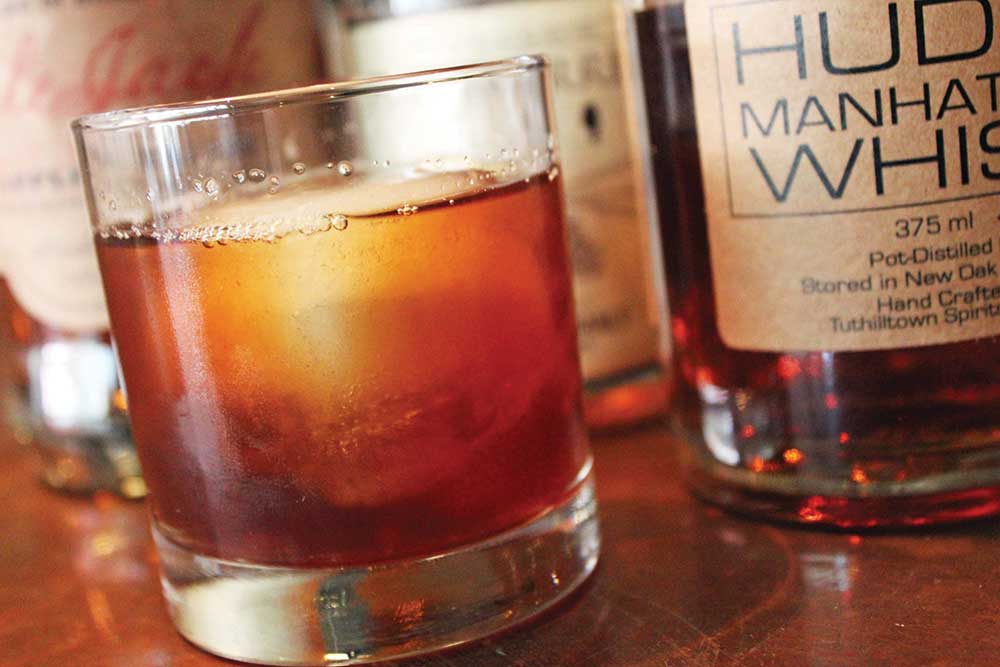 While Prohibition may have been repealed almost a century ago, there are few things quite as intoxicating as sipping once-forbidden elixirs in dimly lit pubs and taverns. While speakeasies may have gone by the wayside, some of the favorite recipes and techniques have been cask-conditioned over the years, and are enjoying a rebirth. Though the village barkeep may no longer have to rely on syrups and juices to mask the bite of rough hooch, here are some local lounges and restaurants that are revisiting some of those turn-of-the-century tricks and techniques to delectable effect. And while not all of these watering holes are hidden in actual speakeasy-style saloons, they are turning out some enticing Prohibition-style beverages worthy of note. 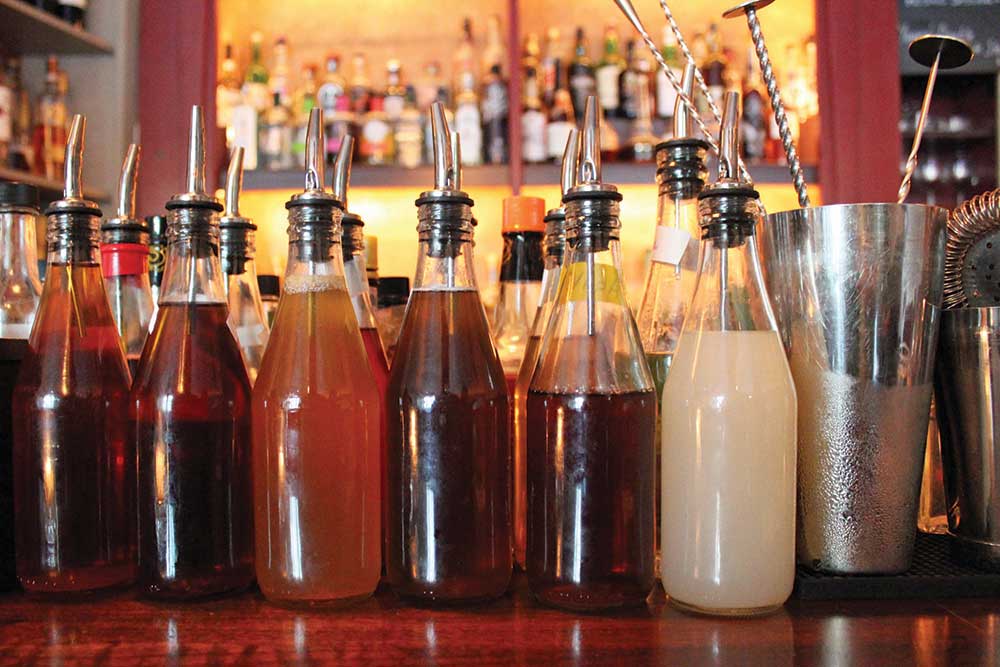 Tucked within the former Singer Sewing Machine building across the street from the historic Senate House in New York State’s first capital city, Stockade Tavern is barely identifiable from the street, save for a scarlet “S” painted over the doorway. Within, a young professional crowd gathers three deep at the bar, while the staff mixes rows and rows of infused syrups and bitters into whimsical specialty cocktails. Clusters of Federal-style wooden booths are clustered around the entryway, but the long, dark bar is the main stage in this cocktail juggernaut. Bourbon and crème de peche are shaken and topped with Fernet Menta in the Lucky Peach. A house-made raspberry shrub is blended with cognac and soda over ice in the Roffignac. Better yet, aim for a whole different kind of buzz with the Pharmaceutical Stimulant, a mix of Tito’s, coffee liqueur, and Outdated Café Extract.

Lanterns illuminate the wooded pathway to Rock & Rye Tavern, a recently revitalized establishment that was built in the 1750s by one of New Paltz’s founding families on historic Huguenot Street—incidentally, the oldest street in North America. Today, the tavern’s atmosphere changes along with the seasons. There’s a wood-burning stove for warmth in the winter and a summertime screened-in porch with tissue flowers hung overhead to form a quirky pastel canopy, beneath which guests can lounge the day away sipping on a Smokey Grove, a gin-based blend of house-smoked blood orange with grapefruit and chamomile. Throwback nods include a gin fizz recipe from the late 1800s that mixes lime, cream, and local egg whites with orange flower water and club soda. The drink menu pays tribute to the rich heritage of its cocktails, with nods to the bartenders and mixologists who created them almost 100 years ago during the height of Prohibition. 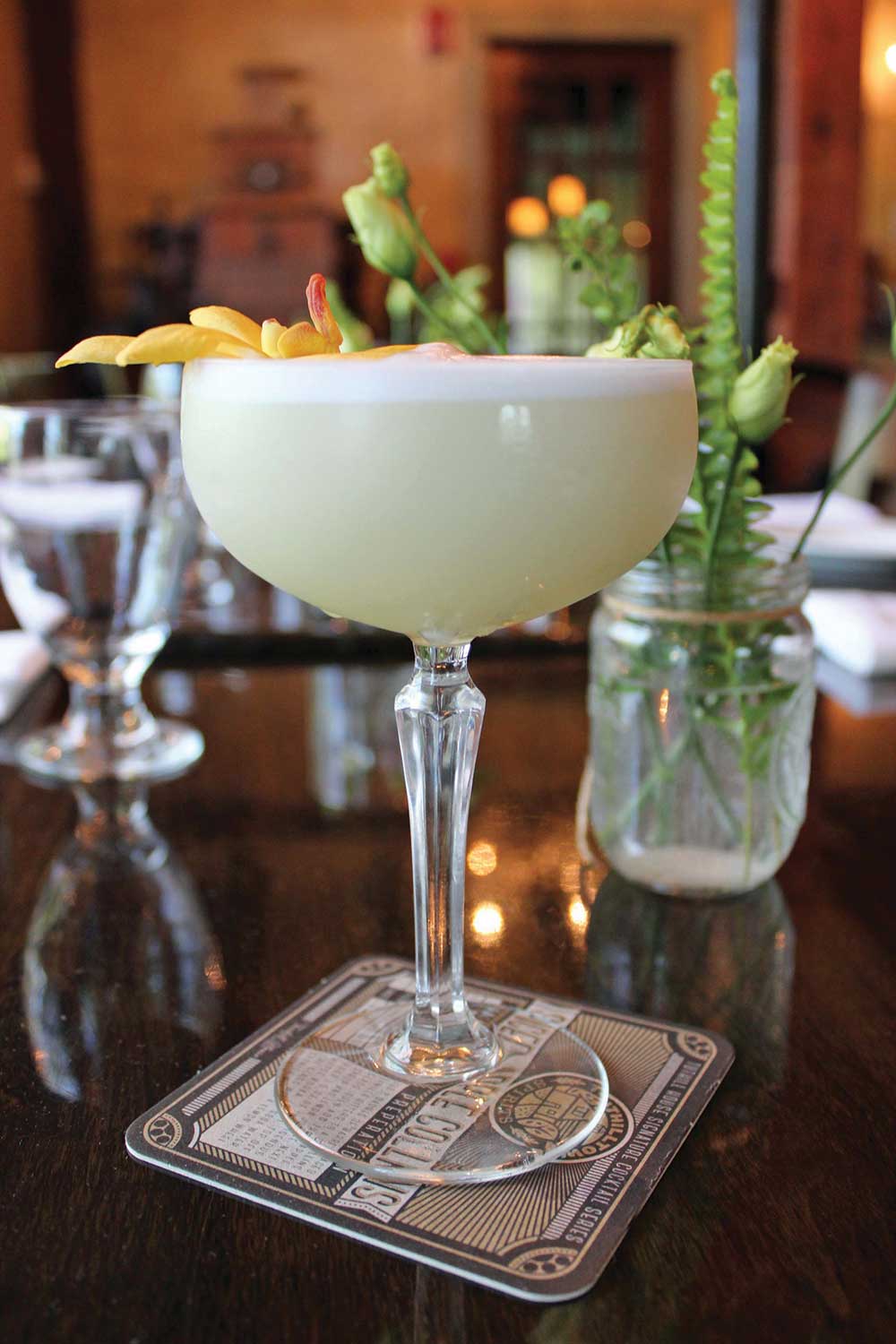 Step back in time as you enter Tuthill House, nestled over a weathered gristmill that was built on the Shawangunk Kill just a decade after our nation declared its independence from Britain. Water still flows through the antique wooden wheel, while guests on the porch enjoy the flow of old-time cocktails. A tattooed bartender administers mixology like a religion, delicately placing floral garnishes atop a Lavender Gin Gimlet before presenting the drink. The distillery across the gravel road was the first to open in New York State following Prohibition, launching the nation’s microdistillery boom. Savor a sip of history at the birthplace of the Half Moon Orchid Gin, as well as Basement Bitters, Tuthilltown Cassis and Cacao Liqueurs, Indigenous Apple Vodka, and the Hudson line of bourbon and whiskey.

“Grab a seat out back while I mix you one of my favorites,” smiles Krista Wild, the owner of Wildfire Grill. The hands-on purveyor is also the bartender at this blend of a backyard barbecue, street party, and festival all rolled into one. The drinks are simple and classic, and made with a mother’s love, like a refreshing grapefruit-kissed citrus martini with just enough sour to pucker a smile. With Christmas lights on the front porch columns and tribal masks and African décor within, this bar is an eclectic, beloved neighborhood stop. For an optimal experience, step through to the expansive backyard, or book a reservation for a seasonal wine dinner. Old-timey margaritas and Collinses come adorned with umbrellas and cherries at this neighborhood hotspot. 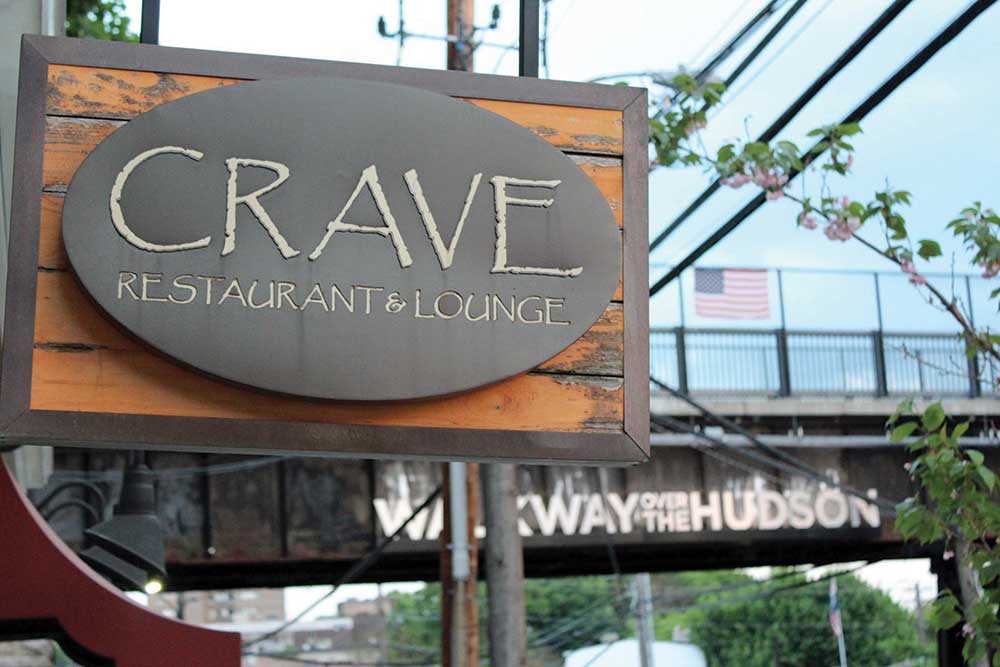 Located beneath the 1.28-mile Walkway Over the Hudson pedestrian bridge sits a former college dive bar turned sophisticated dining room on Washington Street in Poughkeepsie. Crave Restaurant opened its doors in 2009 to coincide with the opening of the walkway, and now serves as the ideal spot to stop and relax after a walk across the Hudson River. The mission at this upscale establishment is taking something old-fashioned and preparing it with a modern twist. While this certainly applies to the menu, patrons can enjoy it in the artisanal cocktails as well. Although a Hudson Manhattan may take off the edge, the real secret here is the generous wine selection, with over 130 bottles currently listed from around the globe.

Birdsall House feels like a beer lover’s sanctuary, scattered with vintage photos and a wooden kayak that hangs above an expansive bar and rows of antique cold closets. Condiment bottles replace ketchup and mustard with raspberry puree and ginger simple syrup, from which the bartender mixes a drink called Benedict Arnold’s Revenge, fresh with muddled mint and Redemption Rye. Beyond the bar sits a row of booths, all of which point toward the outdoor space where you can take your Duke (made with Earl Grey tea and gin) and enjoy a round of bocce ball on the makeshift gravel court. 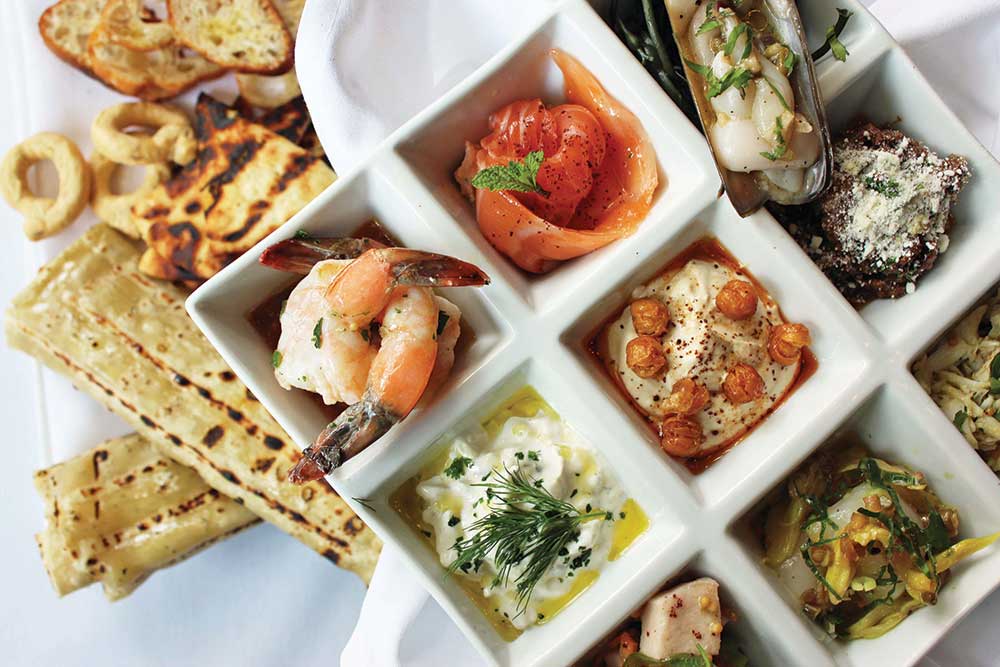 A luxurious copper bar runs along the back half of 8 North Broadway, housing an elaborate selection of whiskey and a carefully selected wine list. Using its address as its moniker, 8 North Broadway’s cocktails are shaken with Bootlegger gin, whiskey, and bourbon, distilled just down the road. While the local spirits and wines may draw you in, stay for a moment and order the chef’s meze of the day. Ask the bartender to uncork a bottle of one of the restaurant’s small production, like the pinot noir from Jaffurs Wine Cellar’s—available exclusively here in New York. There’s nothing better than sipping and noshing the night away at this exquisite find, just off Nyack’s beaten path. 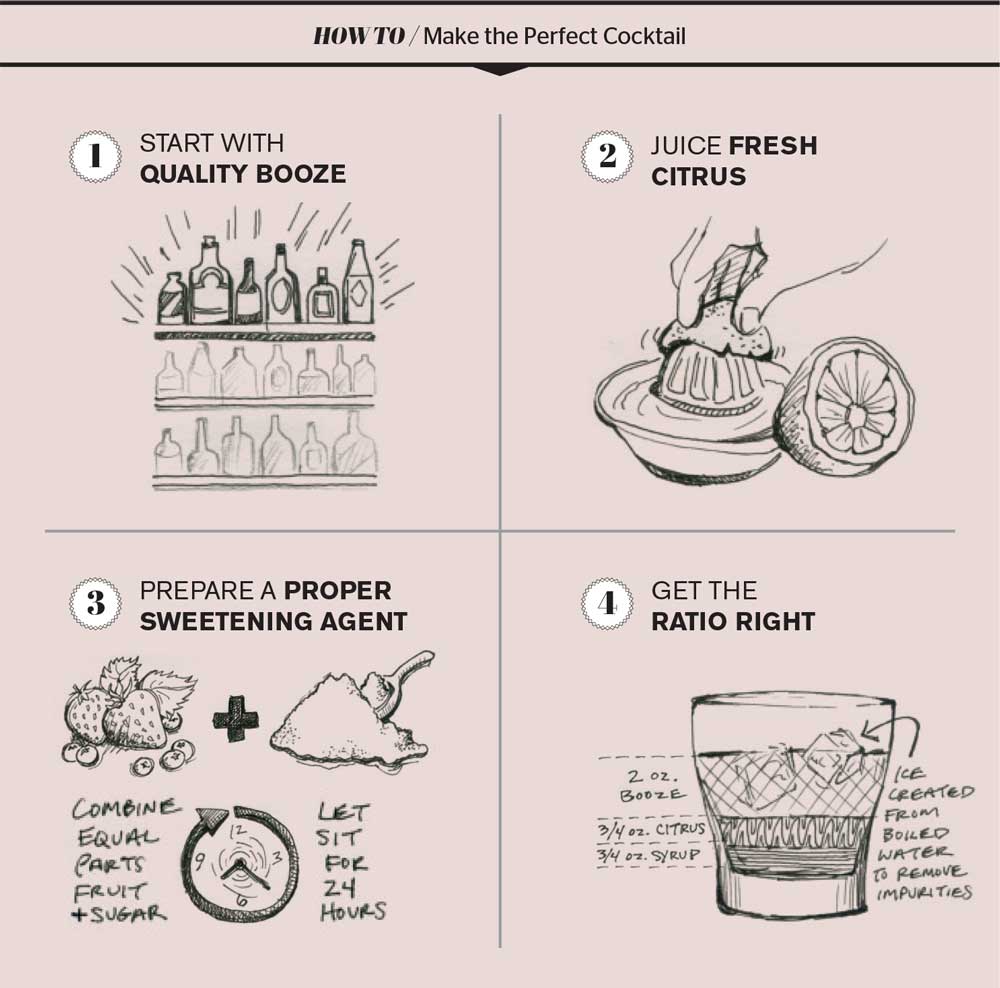