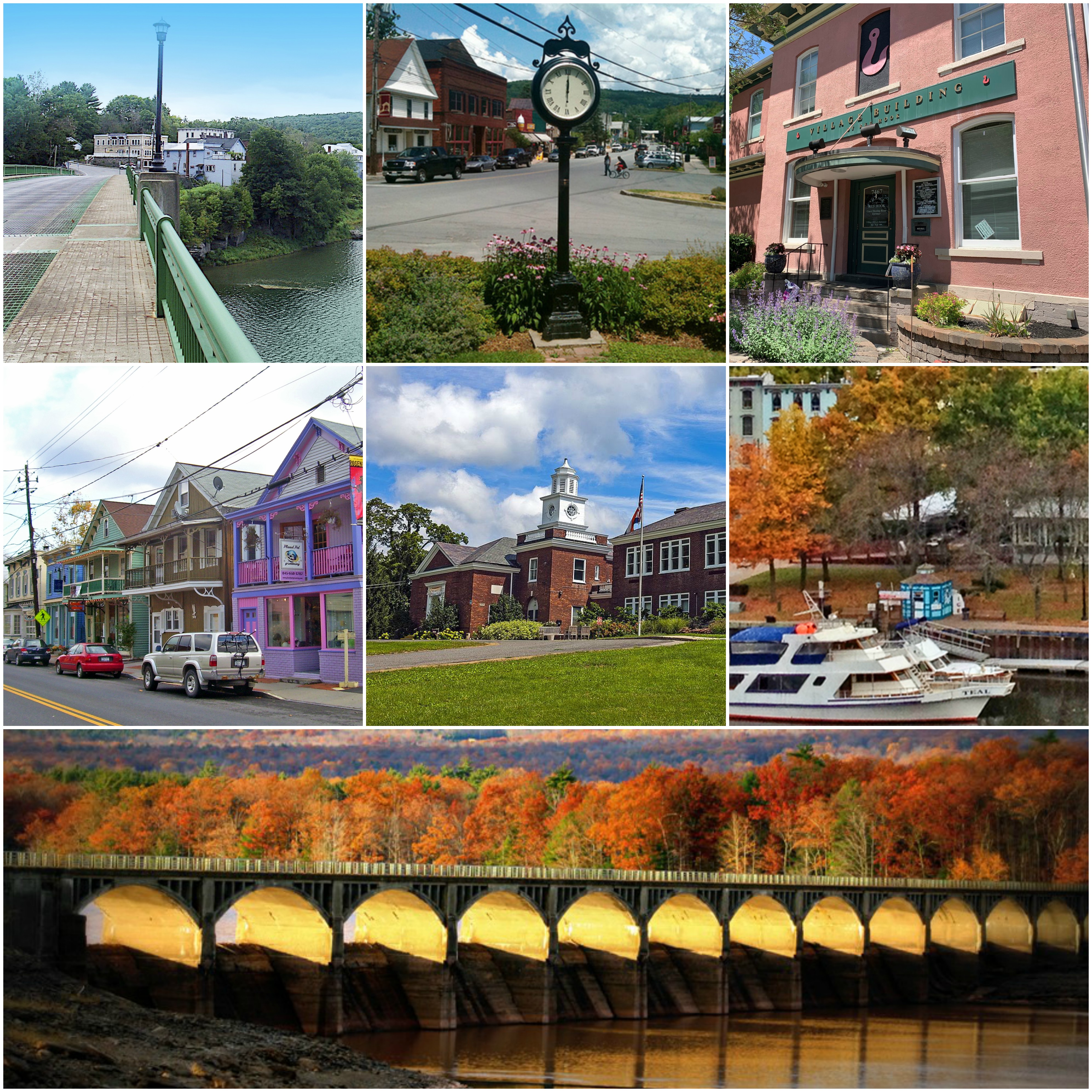 Need some guidance on where to relocate in 2020? Let these five local realtors give you the scoop on the hottest Upstate towns.

When it comes to picking the best places to live in the Hudson Valley and Catskills, ask a realtor. That’s exactly what we did when considering which locales are the hottest in already-blazing Upstate NY, and they were more than happy to give us their two cents. Without further ado and in no particular order, here are five local realtors’ picks of where you should start your real estate search… 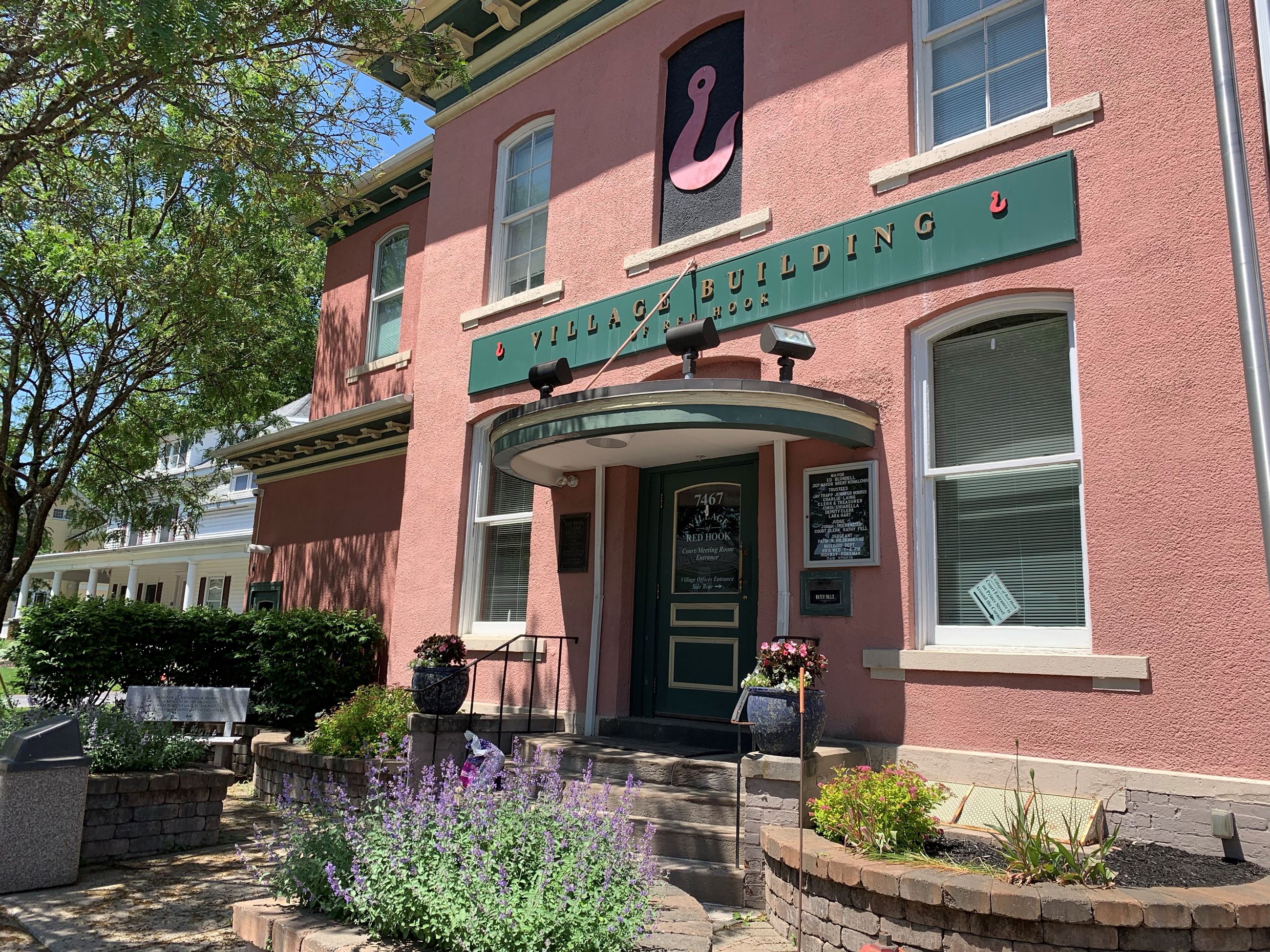 Located in Dutchess County, Red Hook, NY is a charming village in an area known for charming villages. Jill Rose from Houlihan Lawrence would know, after all, having spent the last 25 years selling houses in Dutchess and Columbia Counties. “Red Hook has retained its small-town charm, while offering many fine restaurants, pick-your-own farms and beautiful rolling countryside. The average sales price last year was $359,000.”

Amenia and Dover, in Dutchess’s Harlem Valley, also make Jill’s list. “These two towns could have significant growth,” she explained. “There is a new wave of agriculture…and, the Harlem Valley Rail Trail expanded from Wassaic to Chatham [in Columbia County], offering beautiful views of the countryside.” NYC commuters could even make it work, Jill continued. “The last stop on Harlem train line is Wassaic Station in Amenia, getting you to Grand Central in just about two hours.”

The icing on the cake? “Housing is affordable, with an average selling price last year of $334,000.”

Check out this Dover ranch for $204K, or this heavenly Red Hook Colonial for $299K. 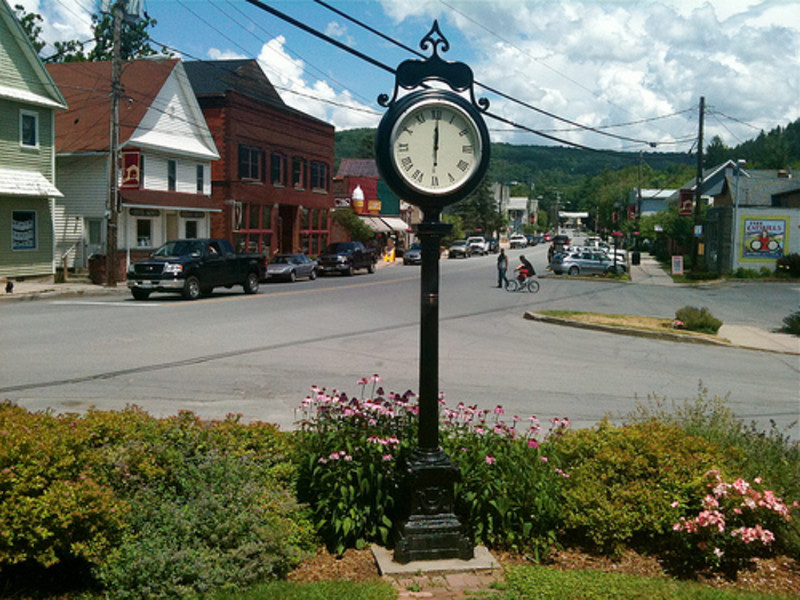 “Livingston Manor had a number of false starts,” according to Jennifer Grimes of Country House Realty, located in Sullivan County, NY. However, its reputation as the most sought-after town in the county thrives these days, says Jennifer, “thanks to an expanding business district with shops and even a second brewery, and new enterprises still in the pipeline” for the charming hamlet of the Willowemoc Creek.

Jennifer attributes Livingston Manor’s to a “self-propagating cycle.” She explains: “There is a relatively new tourist segment who comes up, falls in love, and buys. [They] invite friends and family up who also fall under the spell of the general area.” It’s the best of both worlds, she asserts with “trout-filled rivers and Catskill Mountains vibe,” plus a vivacious Main Street where you can park and stroll around delightful shops and eateries. A bevvy of savvy commercial investors helped the endeavor, she continued, essentially “flipping” the town in just a few years’ time.

As an upstater transplant, Jennifer used to split her time between NYC and a red cottage on the Neversink River in the Catskills before taking it full-time and founding Red Cottage, Inc. in 2007.

Find you new home in this Livingston Manor eagle’s nest for $349K.

Dylan Taft of Taft Street Realty picks three towns for the list: Olive, Rochester, and Shandaken in Ulster County. With Olive south of the Ashokan Reservoir, Shandaken in the Catskill High Peaks, and Rochester just north of Minnewaska State Park, these are areas incredible natural beauty and convenient access to both the Hudson Valley and the Catskill Mountains. If art and culture is more your thing, Woodstock, Phoenicia, Kingston, and New Paltz are also nearby.

Dylan’s criteria consists of three factors: Affordable real estate and taxes, access to NYC, and excellent return-on-investment potential. “All of these towns had a median sale price in 2019 below $300K,” he said.

The taxes are reasonable, too. “Tax rates in these towns will be lower in 2020 compared to 2019,” he says, based this recent article in the Daily Freeman newspaper, “with the town of Rochester’s tax rate dropping 25%, the most in the county.” As for proximity to NYC, it’ll still take you around two hours to drive there, but you can hop on the Trailways Bus in nearby Kingston or other stops in the Catskills.

Furthermore, he says, all three towns are in the Catskills’ “sweet spot” as far as short-term rentals and Airbnbs are concerned, making it attractive to home-buyers looking to make bank.

Here’s an Olivebridge renovated farmhouse for sale, and this Shandaken chalet with a price cut. 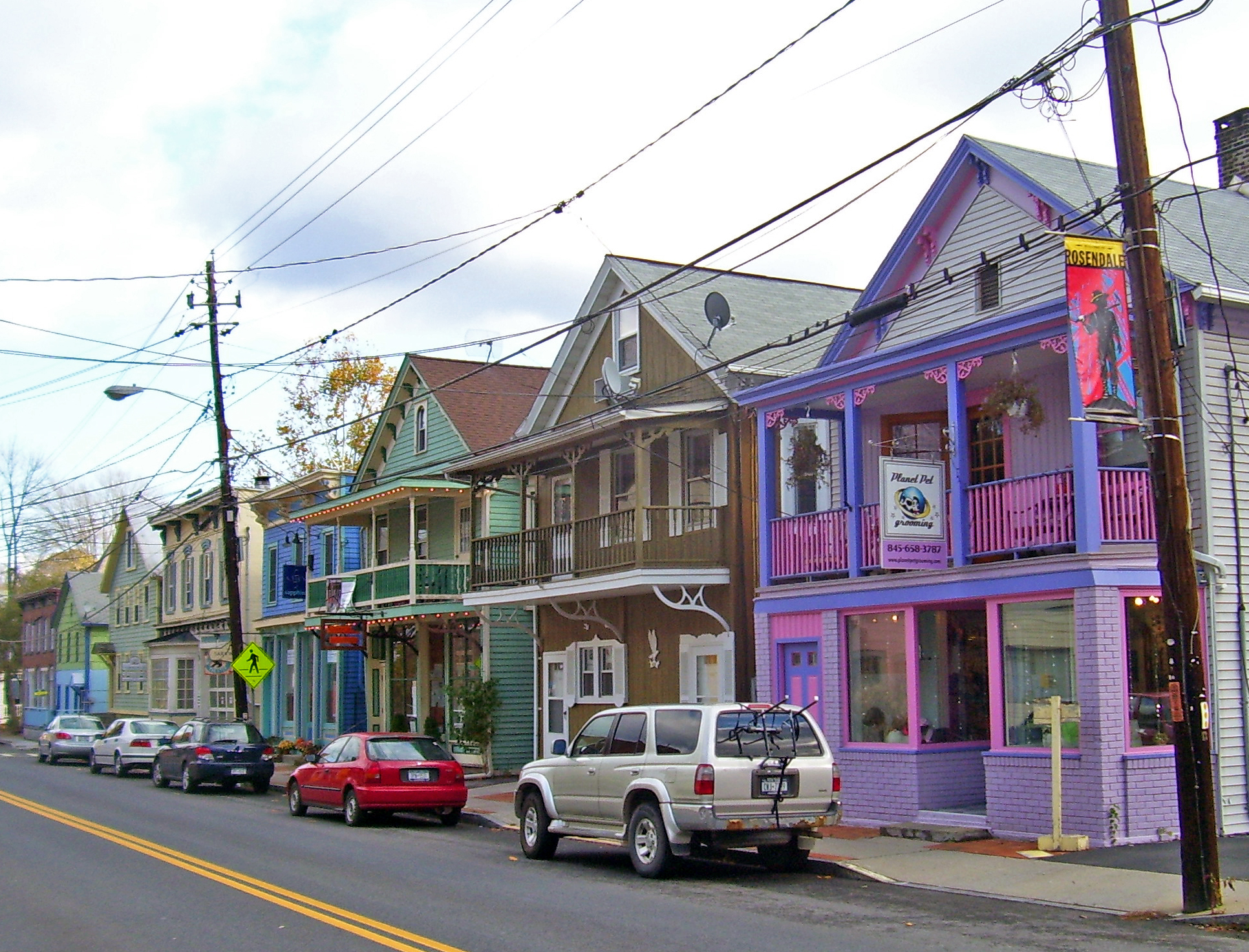 Twenty miles south of the Ashokan Reservoir sits Rosendale, NY, a town that Lisa Halter of Halter Associates Realty places at the top of her list. And, she’s not the only one who’s noticed Rosendale’s rising star. “It’s benefited from a lot of great publicity lately,” says Lisa, thanks to the Rosendale Trestle over the Rondout Creek. “The new trail has been an incredible draw, allowing people – and pets! – of all abilities to get outside.”

Rosendale also offers affordable housing stock, with an average sales price of around $230K. And, it’s got street festivals, eateries and pubs, a theater, boutiques, and galleries along Main Street, amenities that Lisa says appeals to new home buyers.

It’s close to Kingston, NY, too, Lisa’s second-hottest pick. The Ulster County city, she explains, “has been buzzing for a while now, but the growth over the last few years has just been really inspiring,” with investors opening the new ventures like the Hotel Kinsley, Wilde Beest, and Rough Draft Bar & Books.” That contagious energy has spread to the residential real estate market, she says, with home sales increasing in total volume from around $30 million  in 2018 to about $43 million in 2019. Still, you can find a home for around $214K.” According to Lisa, Halter Associates’ location in Uptown Kingston has given her a front-row seat to Kingston’s continued transformation.

This Midtown Kingston house needs your creative touch, and a Rosendale Craftsman right on Main Street. 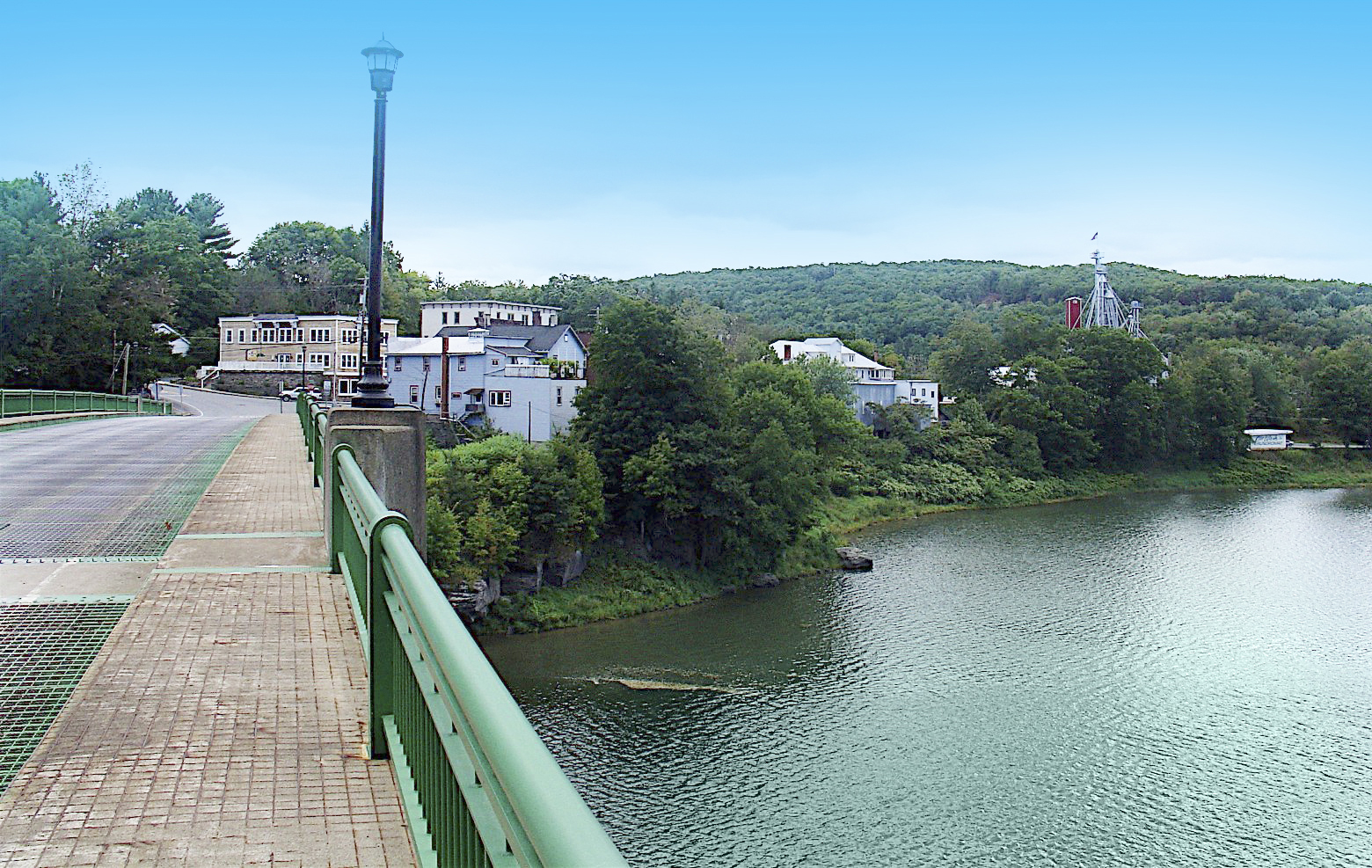 For Chuck Petersheim, owner of Catskill Farms and realtor, including Narrowsburg, NY to the list is, “a no-brainer.”  Just a short 17 years go, when Chuck built his first three houses in the Sullivan County hamlet in the town of Tusten, there were no stores, restaurants, or center of commerce. Things have sure changed since then. For starters, Chuck’s company has built some 200+ houses, and, he explains, “Narrowsburg is now home to unique small business with dedicated shop-keepers and a few anchor restaurants,” like the Heron, the Laundrette, and the Narrowsburg Inn.

“[There’s a] continued buzz surrounding this little town,” Chuck continues. “A lot of second-home purchases are driving the sustainability of the town,” as well as what he describes as a “shockingly broad selection” of retail, food, and culture in the Delaware River Valley. Arts play a large part of its appeal, thanks to organizations like the Delaware Valley Arts Alliance. Plus, he says, [we’ve got] a film fest, a writers fest, the [Delaware River] runs through it, and the real estate is still affordable.”

Check out this modern farmhouse in Narrowsburg for $549K.