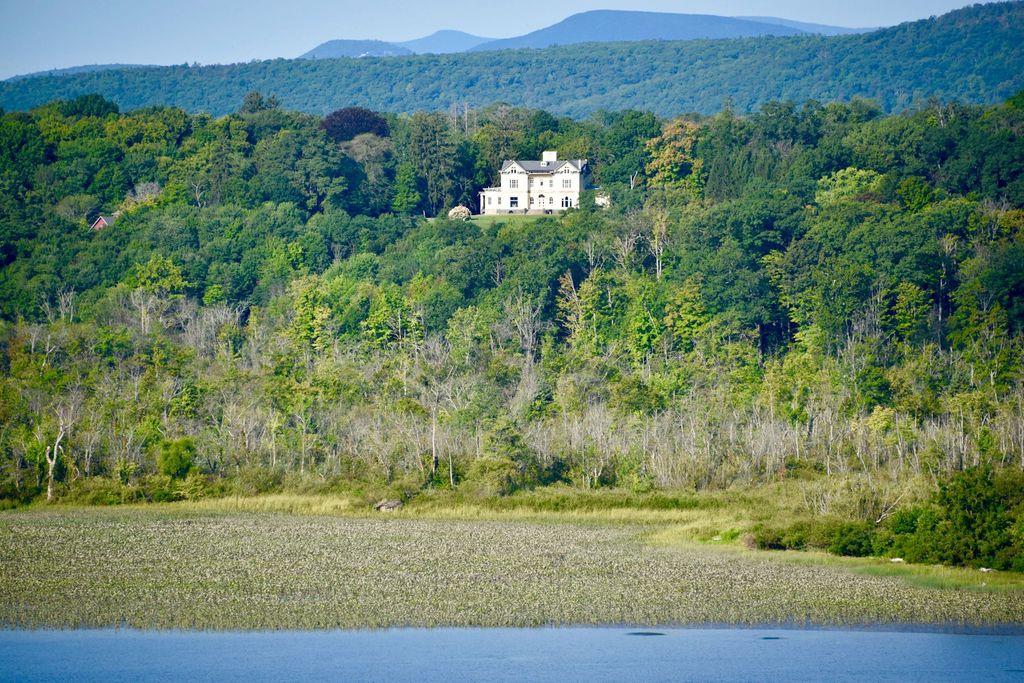 We last featured Saugerties’ Bright Bank mansion in 2015 when it first appeared on the market at $12 million. Now, the price has been slashed by $3.1 million and is now in the much more “reasonable” 7 figures category at $8.9 million.

What’s so special about this property? First of all, it’s drop-dead gorgeous even in its current state, which is stripped to studs. The beauty remains, however, in the form of ornate window and wall trim, exposed brick, and wood-inlay flooring.

Even more beauty extends to the outside with singular views of the Hudson River from the 137 acres of land that come with this house. As for its location, it’s practically hiding in plain sight right in the village of Saugerties, tucked away opposite the Esopus Creek from the Saugerties Lighthouse. 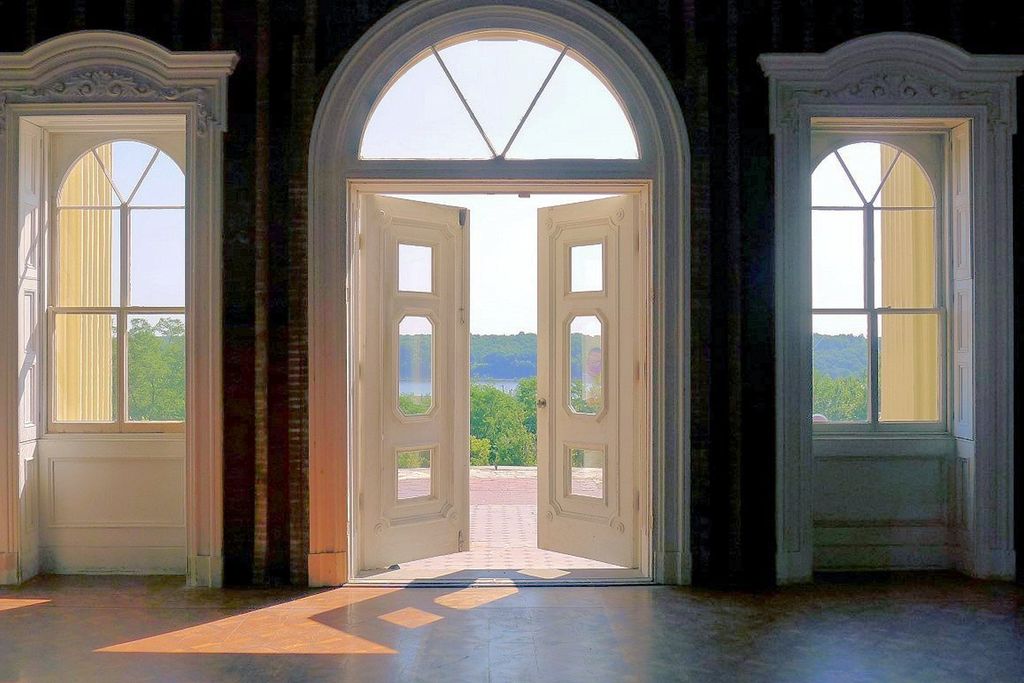 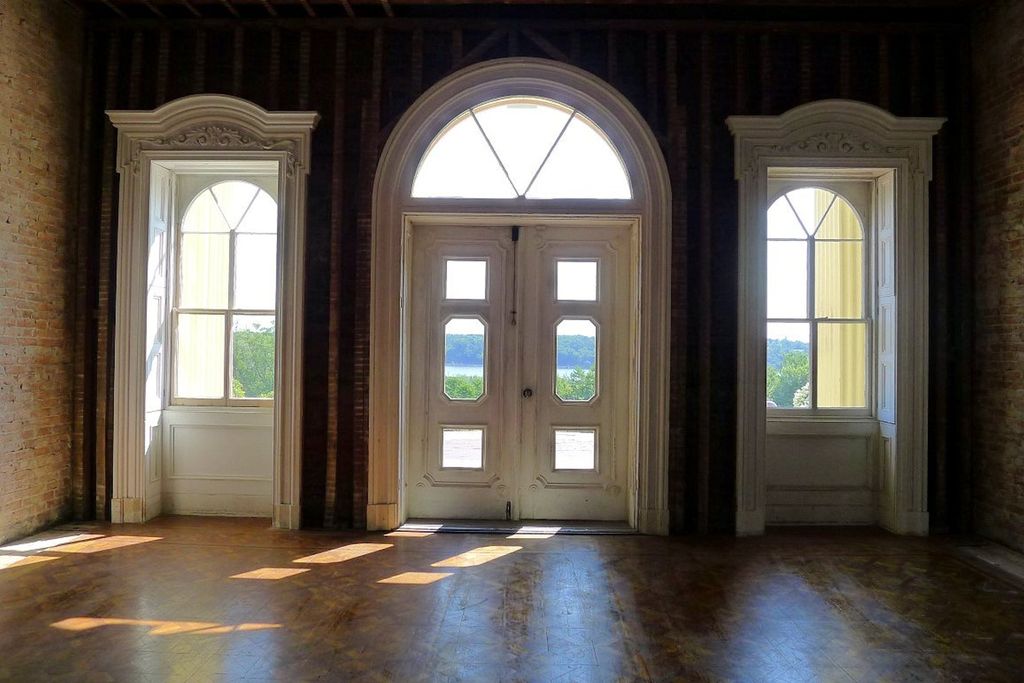 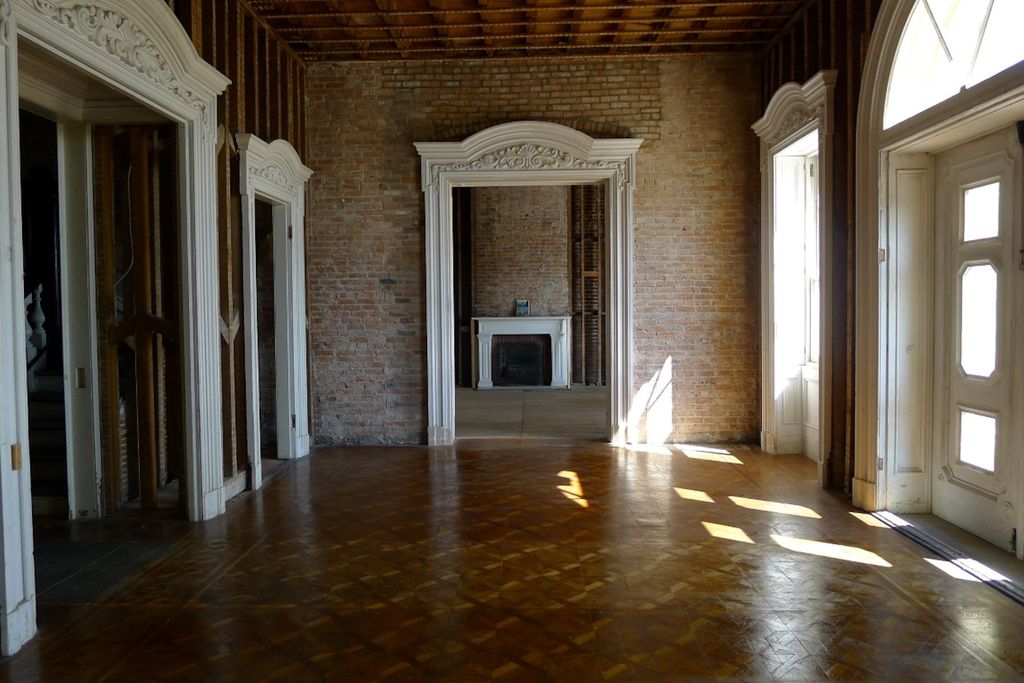 What else is so special about this property? Saugerties’ Bright Bank mansion also happens to be a part of the Henson legacy. Its owner was John Henson, son of Jim Henson, also a puppeteer who passed away in 2014. Henson’s widow placed the house on the market after John’s death and it’s been there ever since because, hey, it’s not every day someone is in the market for a nine-million-dollar, 13,892 square foot, c.1848 former sanitarium-turned-private-residence that once belonged to Jim Henson’s son. So, yeah, it’s pretty special.

The property also includes a private bay and a handful of farm buildings.

Fun fact! The address for this property is 33 Barclay Street, Saugerties. The name of Big Bird’s dog on Sesame Street was Barkley. Coincidence? Well, yeah. But a nifty one, nonetheless. 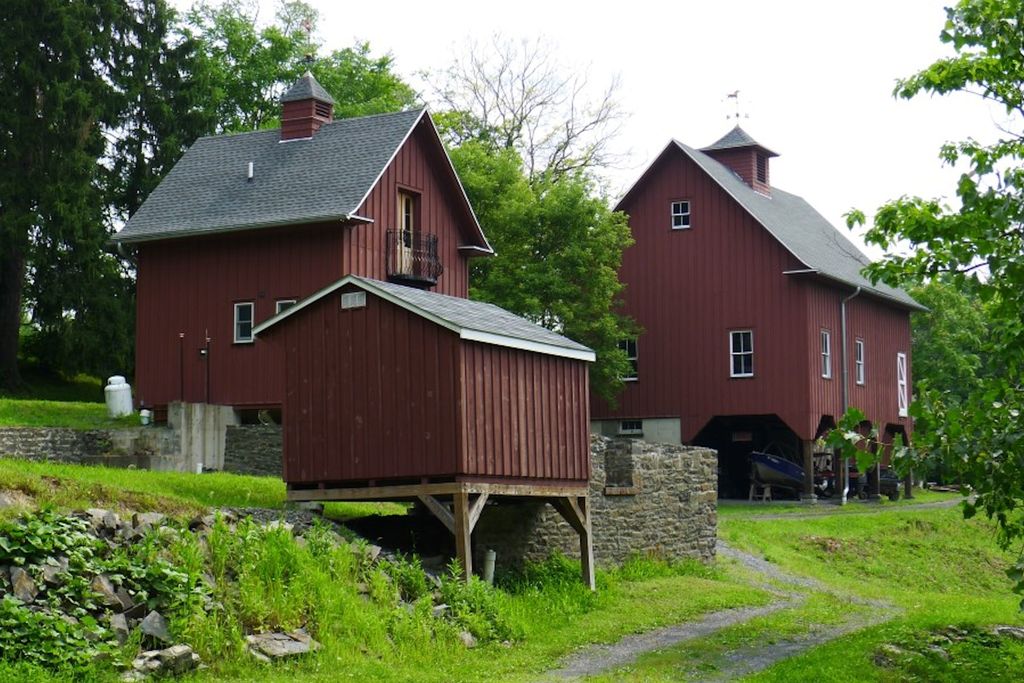