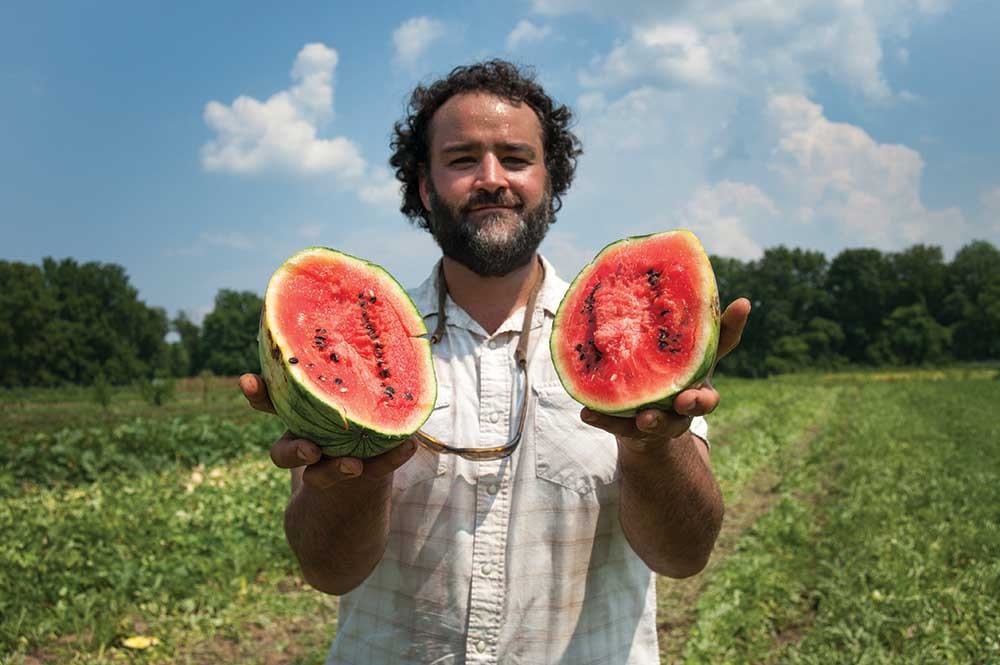 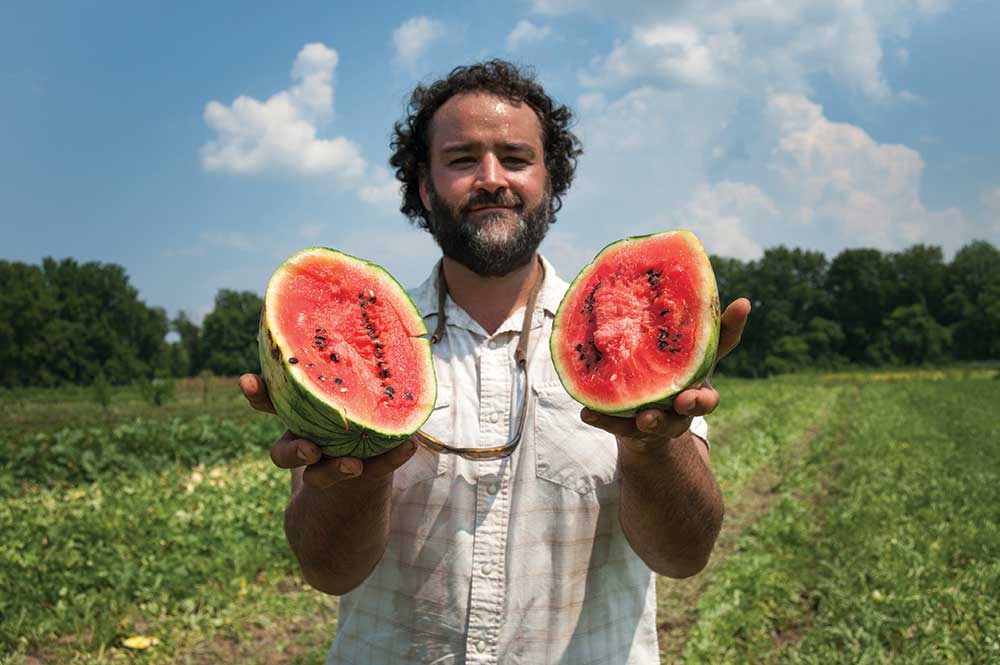 Hometown: Brewster
Lives in: Kingston
Moved to the Hudson Valley: 20 years ago, from Davis, California
Pet peeve: “The Hudson Valley could use a better public transportation system, since everything is so spread out. You really need to have a car to get around up here.”
Favorite aspect of the Hudson Valley: “The open space, the natural beauty, and going to other farms to pick produce we don’t grow at Poughkeepsie Farm Project—blueberries in the summer, apples in the fall, and cherries in the spring.”
Favorite day of the week: “Fridays are really satisfying workdays for me. Starting at 6:30am, I walk the fields with the five other farm workers on staff, and we make observations and discuss what needs to be attended to. Then we do some random activities, like weeding or whatever is needed. After that, we harvest the crops, wash them, and put them in the cooler so they’re ready for distribution.”

It was inevitable that Leon Vehaba would become a farmer. “My dad is Israeli and worked on a kibbutz—my family has a picture of me hanging out in a strawberry field when I was four months old,” he says. So farming “is something I’ve been interested in since a really early age. I guess I was attracted to working in agriculture because it’s such a diverse field.” After growing up in Brewster, New York, Vehaba studied sustainable development at Boston University and sustainable agriculture at the University of California’s Santa Cruz and Davis campuses.

But Vehaba isn’t your typical upstate farmer. Most farmers work and live far beyond the confines of cities, but not him. As farm manager of the Poughkeepsie Farm Project (PFP), located near Vassar College, he’s part of a new breed of socially conscious, urban agriculturalists. Founded in 1999, the community-supported agriculture project raises 13 acres of produce annually, trains future farmers, and offers subsidized shares to low-income families as well as hands-in-the-dirt educational programs for young, inner-city-school students. Last year, PFP raised over 150,000 pounds of food—27,000 pounds of which were donated to needy local families.

“Besides providing free, fresh food and interacting with the community, we’re helping preserve open space in the City of Poughkeepsie and maintaining the farming culture in the Hudson Valley at large,” Vehaba says. “And we’re teaching and spreading that culture to the next generation: In 2015, we hosted over 2,000 kids from Poughkeepsie and their families, who came to pick their own crops and see the farm.”

When he goes home at night after a long day of sowing crops within the city limits, it’s to another urban area. Vehaba and his wife, Tracy Lerman, a communications manager at farm and food advocacy organization Northeast Sustainable Agriculture Working Group, make their home in downtown Kingston’s historic Rondout district, and Vehaba makes a “not at all soul-sucking” 35-minute commute between his house and PFP.

“Actually, the Rondout doesn’t really feel overly urban to us,” says Vehaba, who lives in a Victorian house perched high above the waterfront. “We have a really nice backyard with great landscaping—I just finished setting up a beehive back there.”

Vehaba’s favorite crops include basil and oregano, along with the custard-fleshy native Hudson Valley pawpaw fruit and bitter greens like chicory and radicchio. “Most of my and my wife’s interests revolve around food,” he says. “So we like getting together with friends on weekends to prepare meals using the crops I’ve harvested during the week.”

Does he ever miss California? “Sometimes,” says Vehaba. “I still have a lot of friends out there. But I’m really happy here. There’s such natural beauty, it’s a great community, and we have family nearby. Besides, the off season, in the winter, is the perfect opportunity to take trips to warmer places.”