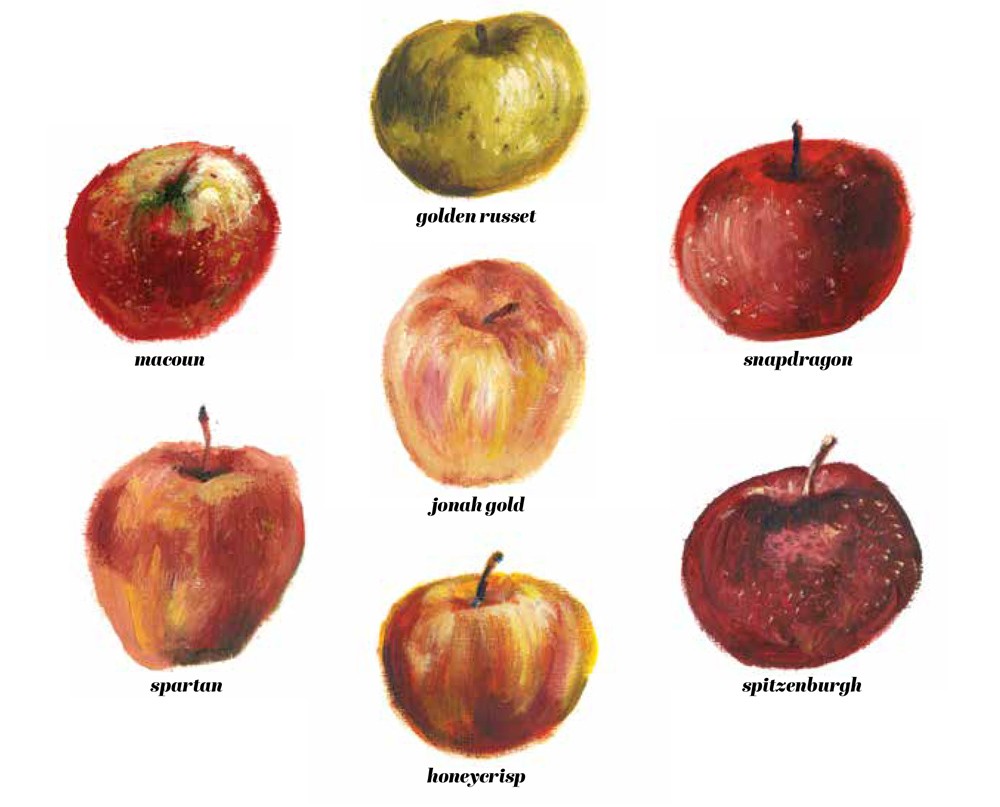 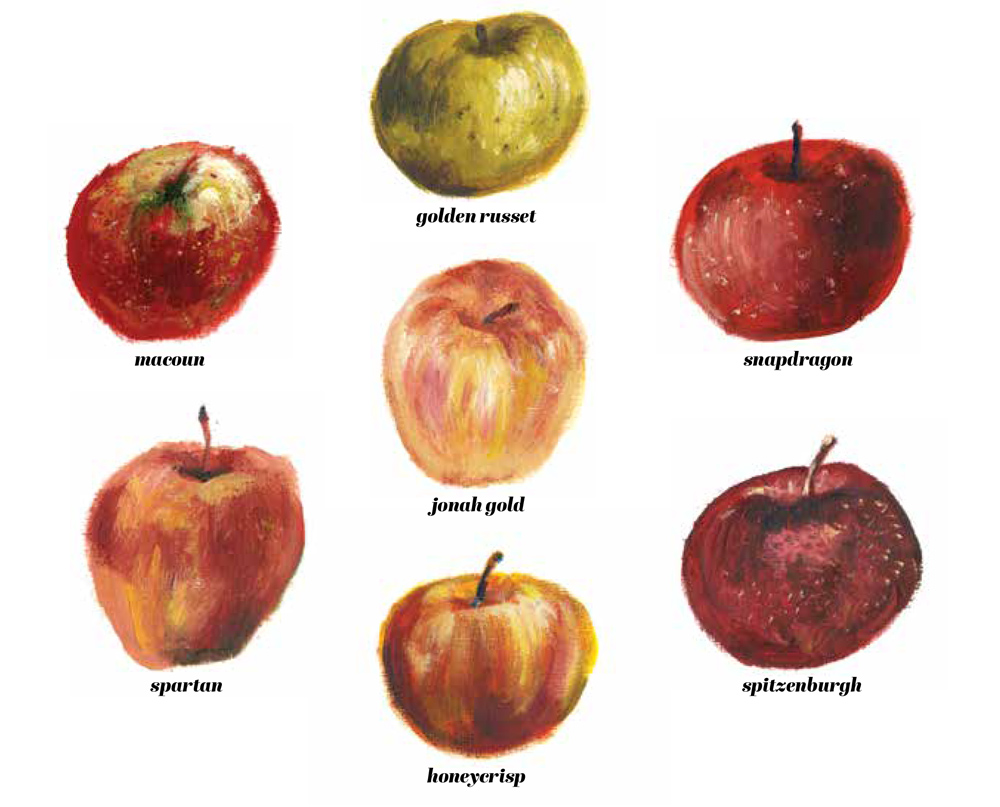 It is the peculiarity of the apple that it never wearies the taste,” proclaimed social reformer Henry Ward Beecher in 1864, when every well-run home’s cool storage was stocked with bushel upon bushel. In Henry’s day, thousands of distinctive apple cultivars grew in the US.

Hudson Valley growers are rediscovering heirloom varieties that can handle low-spray techniques that supermarket apples, bred mainly for shelf life, can’t handle. So which rediscoveries should you be on the lookout for on an apple mission, whether you’re doing the picking or just the choosing?

“Each individual type of apple has a season,” says Elizabeth Ryan, proprietor of Stone Ridge Orchards in Stone Ridge and Breezy Hill Orchards in Staatsburg. “Ask the grower, ‘What’s good this week?’ The later apples that hang longer tend to be a little more complex, robust, and hardy.” Ryan is a fan of the Esopus Spitzenburgh, an Ulster County-bred heirloom said to have been Thomas Jefferson’s go-to snack.

Grower Eddie Clevenger of Fishkill Farms in Hopewell Junction loves his Spartans, though several varieties have a place in his heart. “A Spartan is somewhere in between a Mac and a Red Delicious. It’s a good eating and baking apple. Galas and Fujis are also really good—sweet and crisp.”

Clevenger likes Macouns for baking. The Macoun also gets a thumbs-up from Mr. Apple himself, Phillip Apple (nee Russak) of High Falls, one of the area’s low-spray pioneers. Apple points out that even mass-produced apples are, like dissolute rich kids, descended from better stock. “Modern varieties have been ‘improved’ over original types,” he says. “For example, my Macs are an old strain; not so easy to grow, but with superior flavor. The original strain of Red Delicious had great flavor—no resemblance to the cardboard ones of today.”

Apple traits that have been considered unglamorous, such as russet—a roughened, brownish tinge to the skin—may conceal a flavor you don’t want to miss. “We have a type of Golden Delicious that some years is almost my favorite for a sweet one, but it’s usually covered with russet so it fell out of favor,” says Apple. “My daughter likes a heritage variety called Golden Russet. It is very crisp and juicy,” says Steven Clark of Prospect Hill Orchards in Milton.

Not every great apple is necessarily an ancient strain. Growers are excited about the Snapdragon, developed by Cornell University’s breeding program and expected to be widely available for the first time this season, and the Jonagold, another New York original. Snapdragons are descended in part from the Honeycrisp, and peak around mid-September. “When you crunch it there is a wonderful flavor sensory response that then explodes into a rainbow of flavors on your palate,” says Clark.

Then there are tangy Cortlands and Winesaps… the only way to find your personal favorite may be to do your own research. And there’s no time like the present. “We’ve had a great year,” says Ryan. “Driving around, you’ll see even the old wild trees are bearing.”