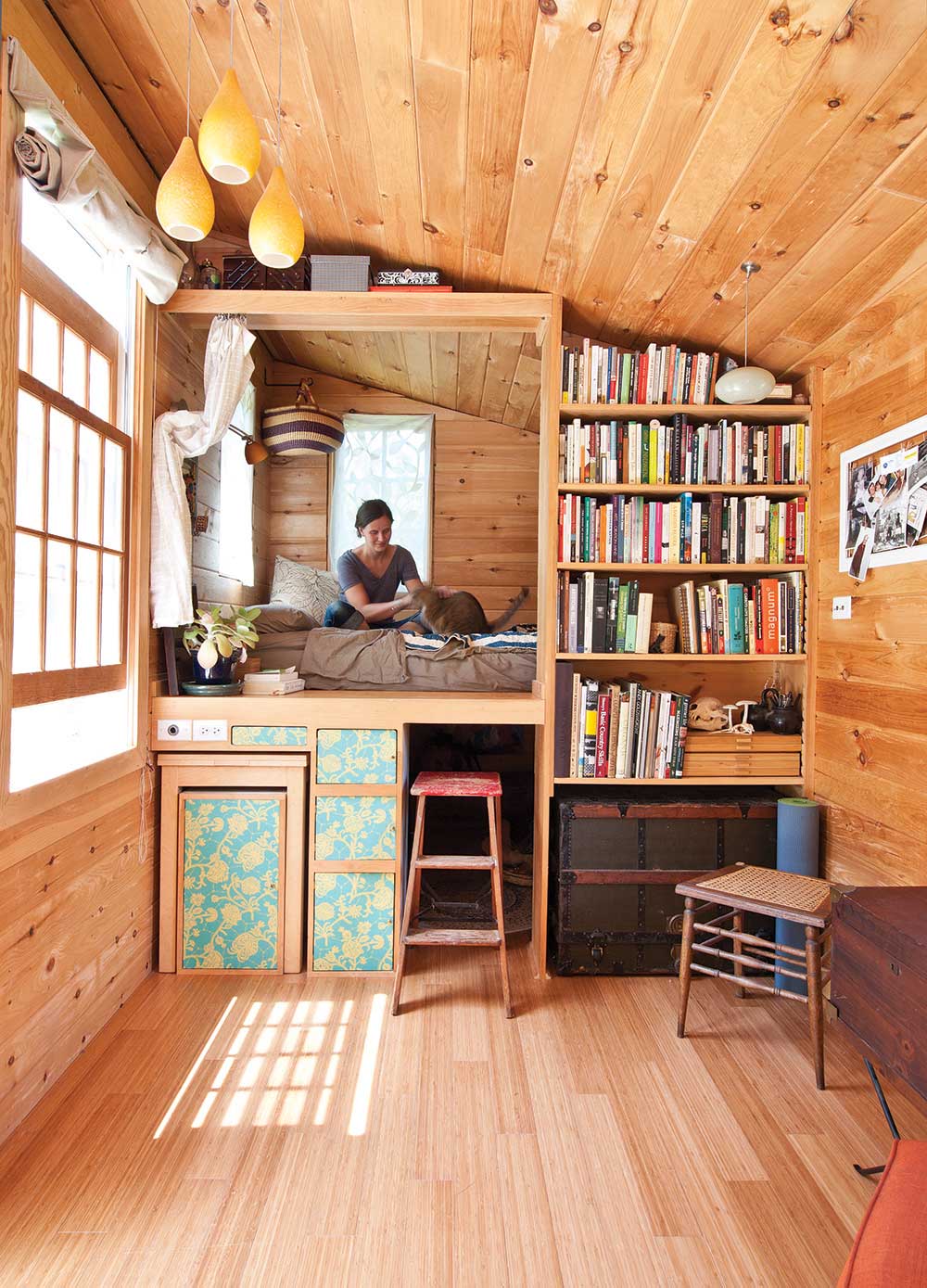 Anyone who’s contemplating building a tiny house needs to known two things: First, tiny houses aren’t always legal. Depending on the municipality, the construction of a tiny house, defined as measuring 300 square feet or less, can violate ordinances enacted to prevent slumlords from exploiting tenants. Some enterprising builders skirt the law by constructing tiny houses on trailer beds and classifying them as mobile homes (which have their own set of restrictions). Others cozy up to officials, hoping for a “don’t ask, don’t tell” arrangement, or simply find somewhere remote enough to avoid inspection. Second, living in a tiny house means getting rid of most of what you own.

And yet, despite these obstacles, more and more people are designing and building tiny houses, and the number of feeds for them on Instagram indicates a surging popularity. While the tiny house’s charm is obvious- who doesn’t love a miniature portico?- living full-time in one requires no small amount of lifestyle adjustments.

So what’s the big deal with tiny houses? At the top of the list is cost. With a small array of solar panels, tiny houses are easy to run off the grid, eliminating utility costs. According to TheTinyLife.com, a tiny house can be built for roughly $23,000; having one designed and built runs about $50,000. Factoring in financing, a tiny house runs about a tenth of the cost of the average home over 30 years- hence the appeal.

Nobody knows the financial aspect of tiny-house living better than Rowan Kunz. For three years, she’s been blogging about the self-sustainable tiny home she made from a 24 foot trailer, “somewhere in Ulster County.” Her decision to build a tiny house, she wrote in 2012, was inspired by a “lack of desire for a mortgage, and the realization that I am a single 32-year-old who has had to move back into my parents’ house to finish grad school, with no real job or financial security. That can definitely have you start thinking of alternatives.”

For Kunz, the tiny house “was a logical choice,” which is literally paying off: She became debt free this summer. Yet, despite this obvious benefit, tiny-house living necessitated some big adjustments. “I gave away a bunch of stuff,” she says, and now lives in rhythm with manually operating the utilities she depends on, like heating. Nonetheless, Kunz says, she’s adapted over time. “You change your lifestyle and just be,” she says.

Read the full version of this article on UpstateHouse.com.