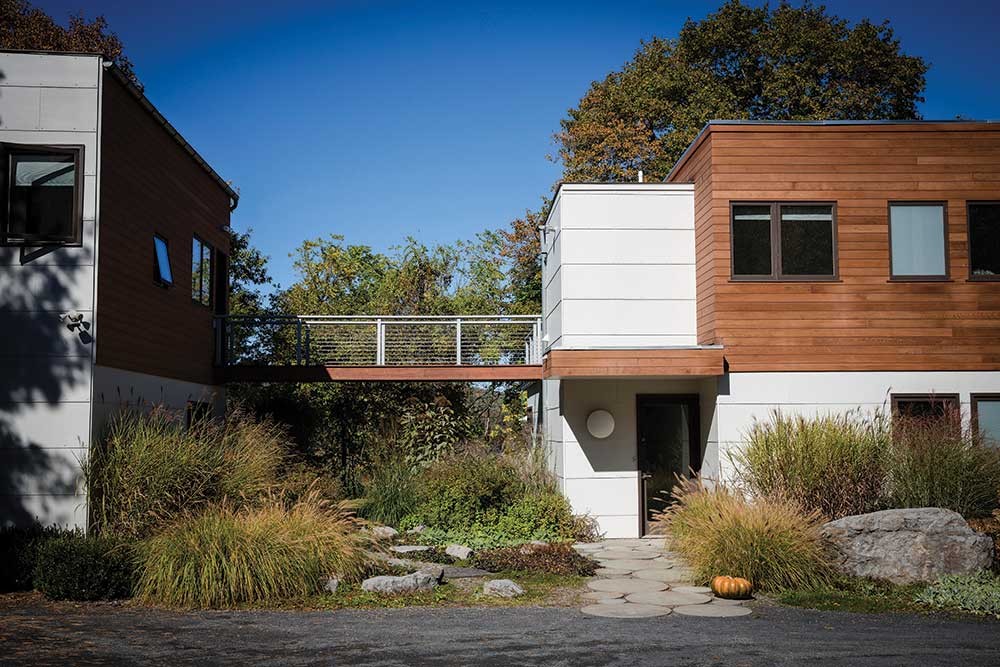 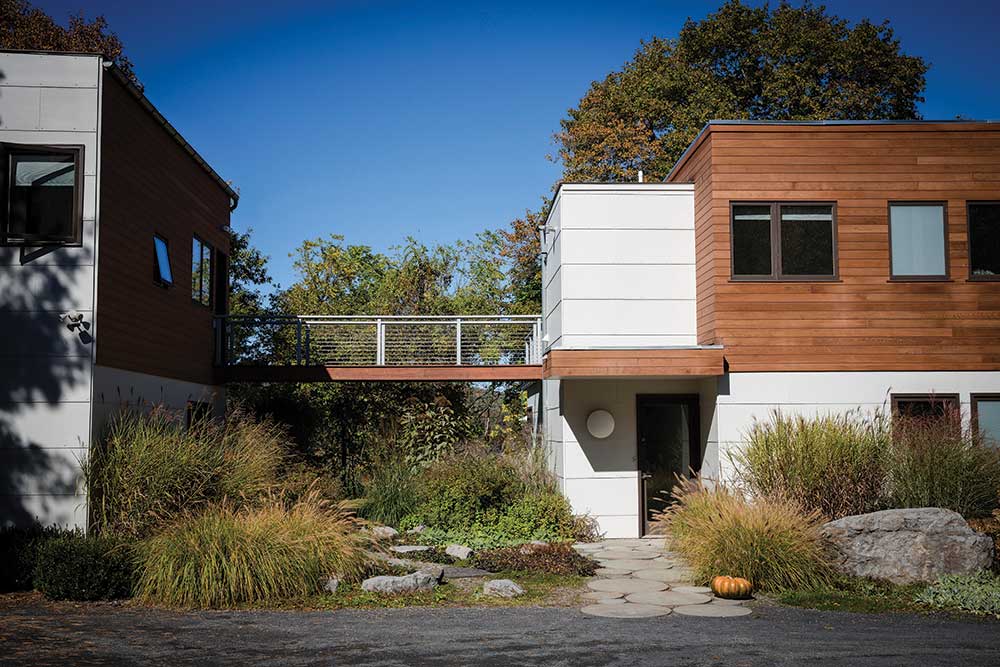 When Jessica Musumeci and David Curcurito, creative directors at Seventeen and Esquire magazines, respectively, bought their nine-year-old modern home in Stone Ridge two years ago, much about the structure and its setting pleased them.

Musumeci loved the 1,800-square-foot contemporary’s open spaces and light, and the skywalk that joined the main house to a separate artist’s studio and guesthouse. Curcurito, who had owned a place in nearby High Falls, liked the landscape that surrounded the house, its open floor plan, and the low maintenance of a new house. But the inside needed to reflect the couple’s aesthetic. 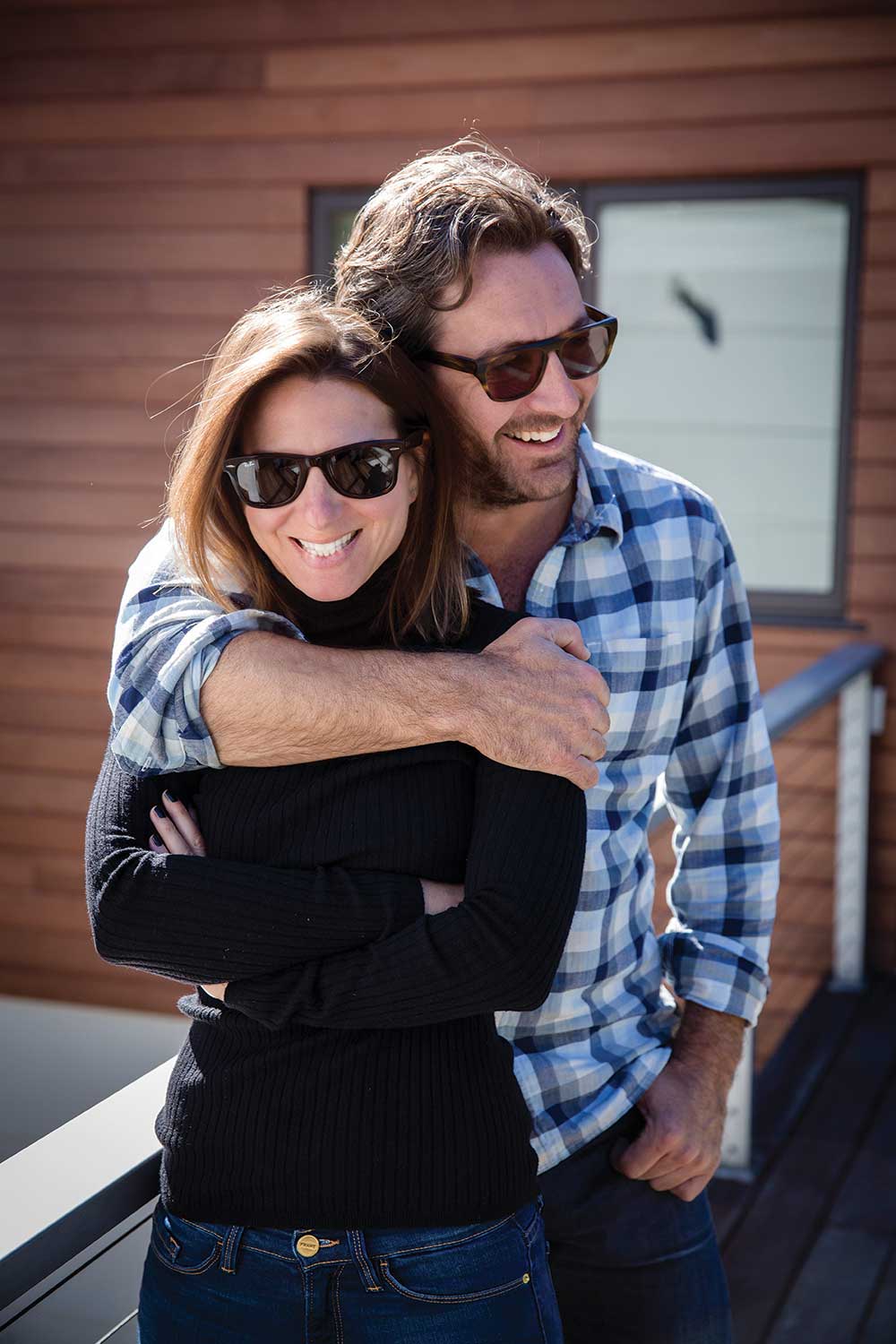 The couple made it a priority to get away from their hectic jobs and crowded Upper West Side apartment, so they transformed the studio spaces into separate guest quarters, allowing friends and family to visit more easily. After a year, though, Musumeci still didn’t feel she’d gotten things right. Every way she assembled her belongings seemed wrong. She relayed her aesthetic conundrum to her stylist-friend Leanne Ford Shaffer, with whom she had worked on magazine photo shoots.

Shaffer had recently revamped a schoolhouse outside Pittsburgh in a mash-up of classic rural wainscoting and pop overtones that had been featured in Country Living magazine. She has a penchant for striking juxtapositions: wicker porch furniture with 1970s leather couches and coffee tables made from old doors. “A mixed aesthetic is what makes a room feel good, even when you can’t quite pinpoint why and what that is,” Shaffer says. 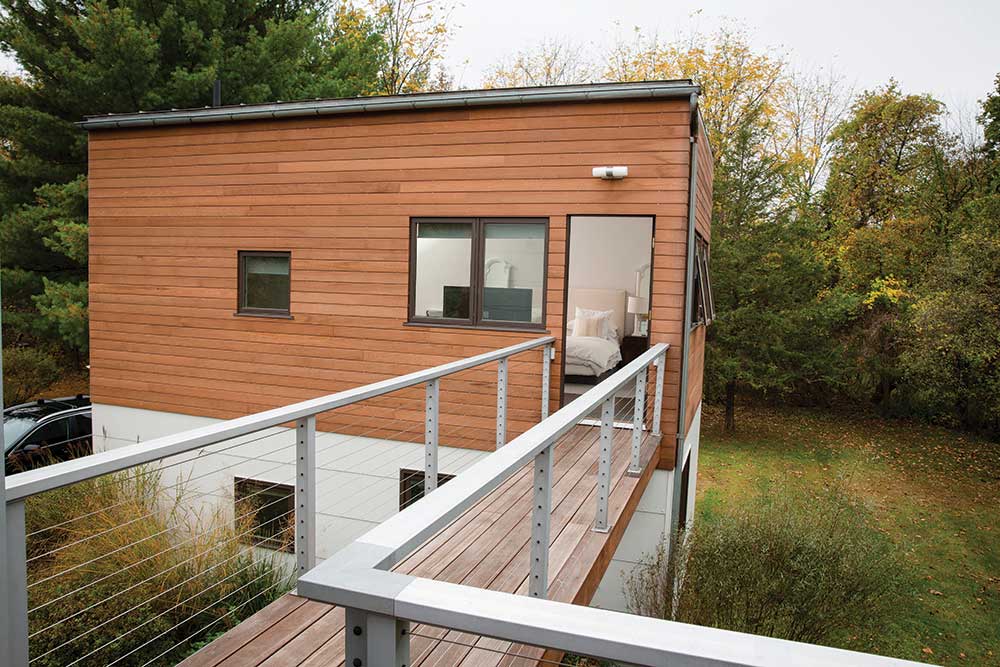 Shaffer suggested she and her husband come up from Pennsylvania, where their design firm, Acre Creative, is based, to work on Musumeci’s place for a weekend. Musumeci initially assumed the offer of such a grand favor was a joke. “Finally I said, ‘No, really, when should I be there?’” says Shaffer. The stylist/designer had a method that appealed to Musumeci: She would use the homeowners’ own items to redecorate.

Shaffer and her husband Brad left on a Friday and were in Stone Ridge by 2am one chilly Saturday morning last autumn. By the time the Shaffers left on Sunday, the home was transformed, mostly with Musumeci’s own things.

“She started pulling out my old drawings and playing with the pages of old books, and everything started to take shape like magic,” says Musumeci. Shaffer had brought just enough odd antiques and knickknacks to augment and highlight what Musumeci already had. They made wallpaper in the guest room out of pages from an old atlas bought at a flea market, resurrected long calligraphic study scrolls that Musumeci had made in art school to hang in another, and pared classic old leather-and-wood furniture with a wall full of graphic black-and-white art. They stacked firewood in a wall recess and fashioned cubbies in the staircase into a cozy bar. 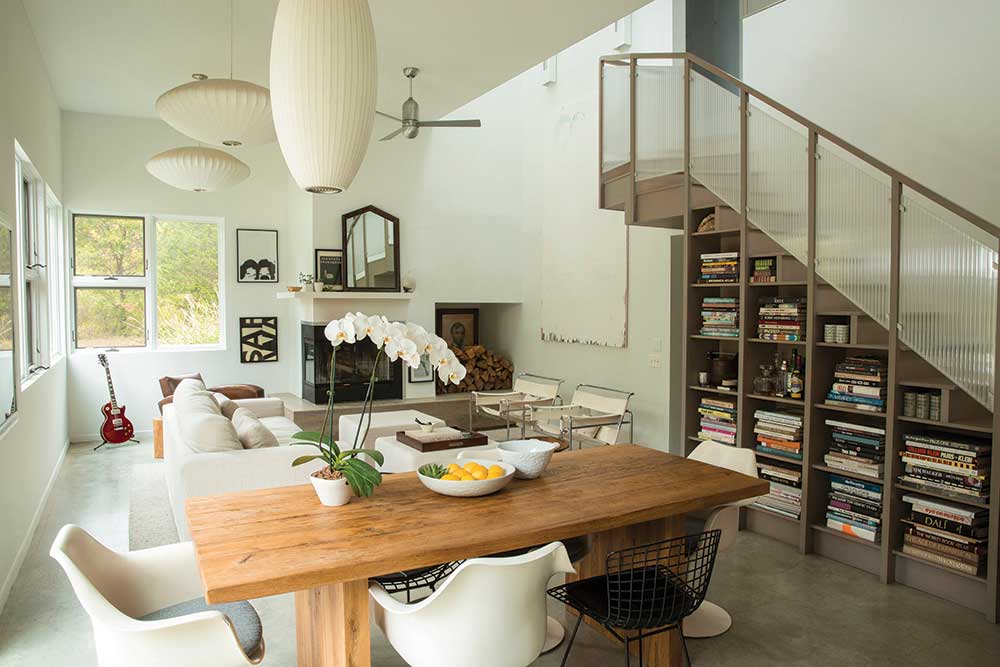 The results are warm, more stylish than stark, highlighting the natural elements in each room. Musumeci says she immediately felt comfortable with the changes Shaffer helped her make, and comfortable with the price of well under $2,500, including paint, antiques, food, and wine. “She was brilliant in helping me figure out exactly where to place the furniture and where to hang everything so the house became more like a home,” says Musumeci. “In 36 hours, we created what I now see as something very natural and organic.”