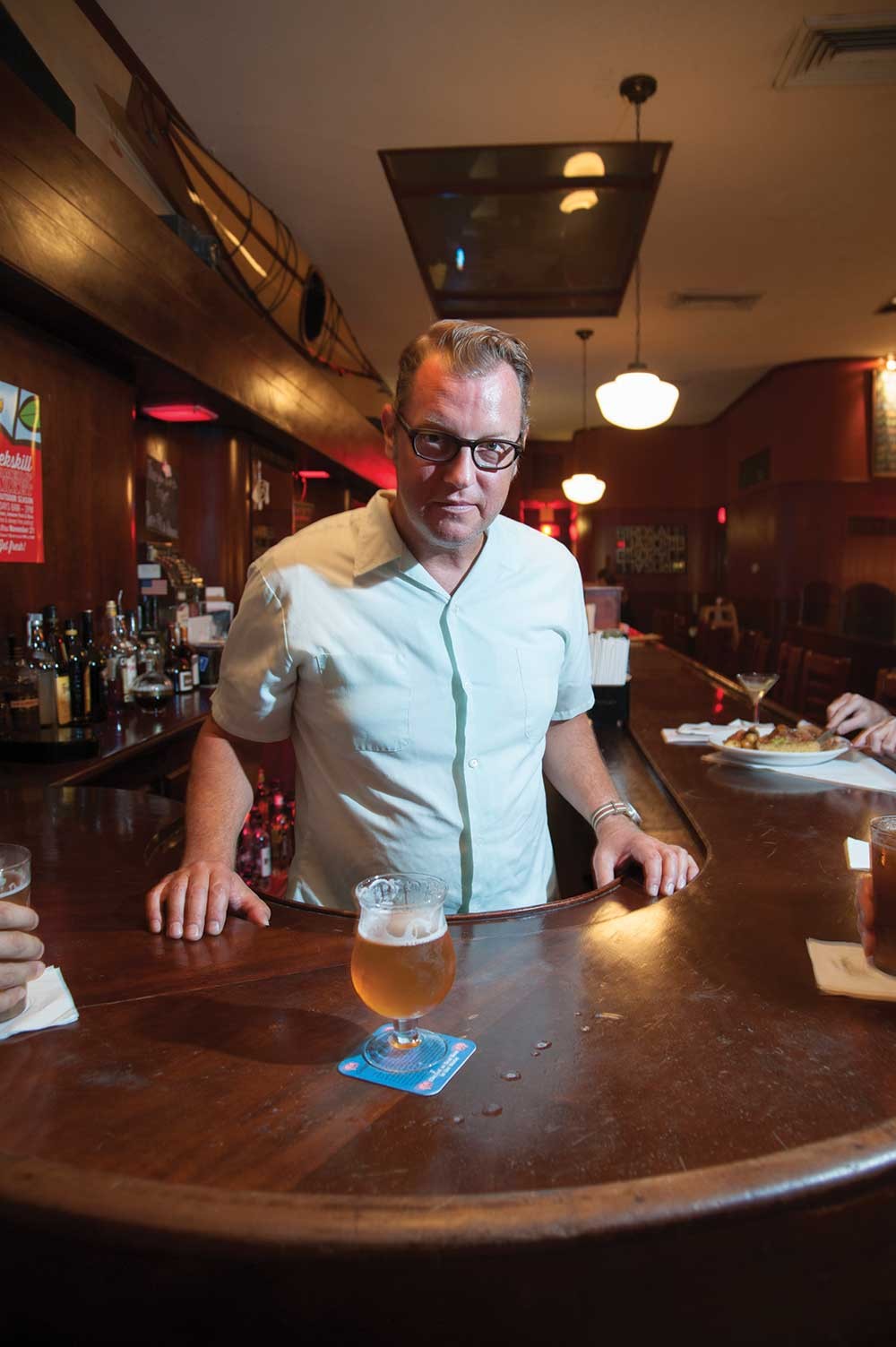 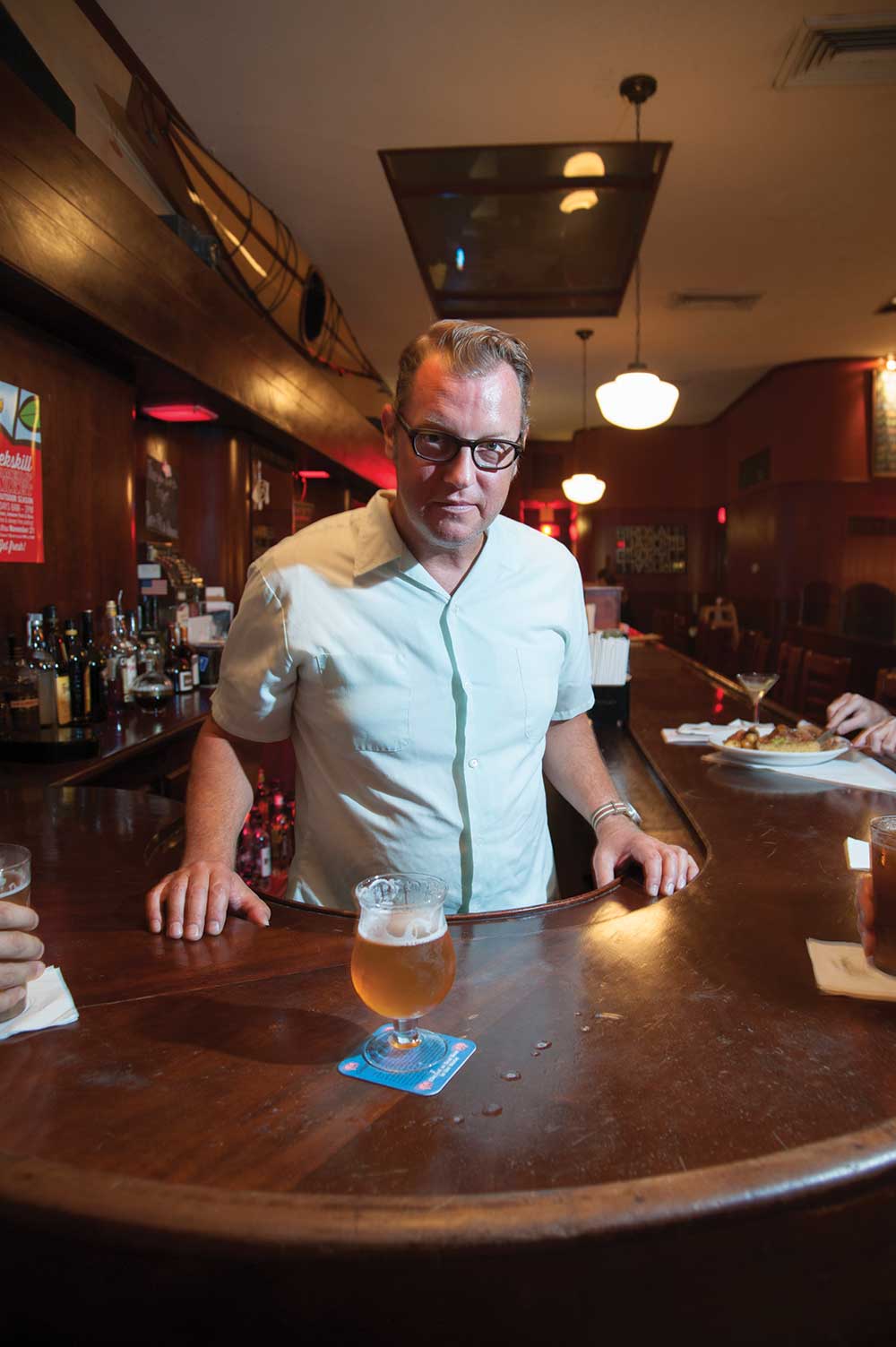 Hometown: Rowland Heights, California
Moved to Hudson Valley from: Midtown Manhattan
Lives in: Beacon
Works in: Peekskill
Favorite cultural genre: Film noir. “Start with Double Indemnity. One of the early ones, and some of the best dialogue ever put on camera. That movie sets the standard for the genre.”
Favorite things about upstate life: “The river, the landscape, and abundant fresh food.”
Least favorite thing about upstate life: “Taking the 1:50 a.m. out of Grand Central and waking up in Poughkeepsie.”

Born in Chicago, Tim Reinke moved to the San Gabriel Valley at age nine and grew up as a California kid, eventually studying film at San Francisco State. “I made a few music videos and found myself working in an office in downtown L.A.,” he says. “Not what I wanted to do with my life.”

So he moved to New York. “I had a hard time finding a job in [film],” he says. “I worked as a bartender, and I guess I was just in the right place at the right time and met the right people.”

Reinke bartended at the Blind Tiger Ale House on Bleecker Street, one of Manhattan’s earliest craft beer bars, discovered a passion for saloonkeeping, and became a part owner. “New York City was good to me,” he says. “It’s a town that chews up and spits out a lot of people.”

In 2007, he and his then-wife, actress Brandy Burre—best known for her work on HBO’s The Wire—and their infant son Henry vacated their fifth-floor Midtown walkup for a Beacon house. Commuting to the Blind Tiger meant 15-hour workdays, so Reinke and the Blind Tiger Team, John Sharpe and Bryan Delaney, decided to open a gastropub on Peekskill’s Main Street. Birdsall House opened in 2010, winning raves for its “serious beer program,” as per Westchester magazine. People liked the bar’s craftily curated taps and blend of old-shoe comfort and hip bliss. Reinke had a hit on his hands.

Simultaneously, a daughter, Stella, arrived, and Burre began working on a documentary about balancing parenthood and career. During the making of Actress, the couple’s relationship fell apart. (One NewYorkTimes.com commenter called the film an “agonizing tale of a father.” Reinke’s take on having cameras around then? “It sucked.”)

Meanwhile, Reinke and team joined forces with two more partners and opened Gleason’s, now another beloved Peekskill fixture. “Birdsall House is more of a tavern; Gleason’s is more of a restaurant, but it’s still a bar—the bar is the first thing you see when you walk in,” Reinke says. “A great bar is like a family that includes staff and customers. Most of my favorite people I’ve met in a bar. It’s the same in Manhattan or Peekskill: A great place is a great place, no matter where it is.”

These days, Reinke only travels to Manhattan for fun. “I was over city living, ready for a change of pace, although I’ll always love Manhattan and the Tiger,” he says. Upstate, his favorite thing to do is go fishing with his kids. “I now have access to great fishing holes only minutes away,” he says.