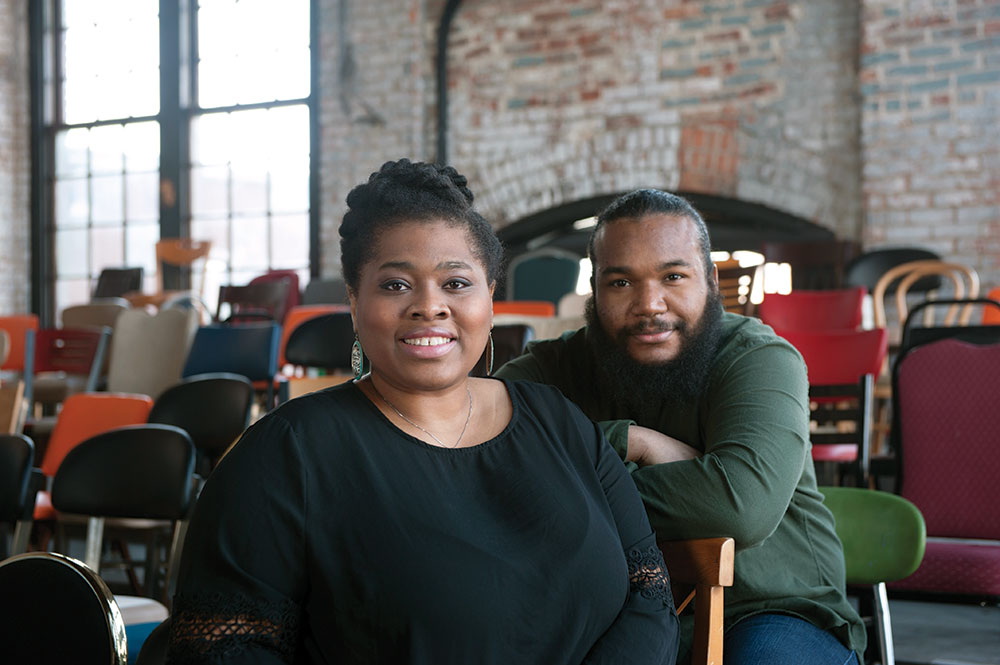 The genesis of the new all-natural skincare company Ollie & Otto, which opened in Glenford last September, occurred 13 years ago in the rice aisle of a grocery store in Athens, Georgia. That’s where Lynn and Mario Callaway were high school friends. After losing touch, they ran into each other again while attending different colleges. They vaguely recognized each other, but neither of them said anything. Later, Lynn tracked down Mario’s phone number from a mutual friend, and they started talking again—and falling in love.

While spending a year together in the AmeriCorps (a domestic version of the Peace Corps) in Syracuse, stationed at a community development credit union (Lynn) and a community health center (Mario), the couple got married and founded an urban agriculture nonprofit organization, creating an urban garden.

Meanwhile, they began making their own deodorants, creams, soaps, and skin balms—all “natural by design,” says Lynn. “We weren’t really finding what we were looking for in the store. It’s really hard to find products that have minimal ingredients—maybe five to eight ingredients, at most, that people can actually identify.”

They perfected their own organic, fair-trade products by using standard recipes and figuring out which “questionable ingredients” they could remove, says the fashionably dressed Lynn. After four years of experimenting, they were happy with their creations.

By that point, a natural path toward opening a business had emerged. Friends and family were using so much of the Callaways’ products that they couldn’t keep up. Ollie & Otto not only sells handmade Castile soaps, deodorants, and Shea butter creams online but is also in talks with several Hudson Valley shops for shelf space. The couple also plans to expand into facial-care products, but, says Mario, “They have to pass the Mario-and-Lynn test first.” 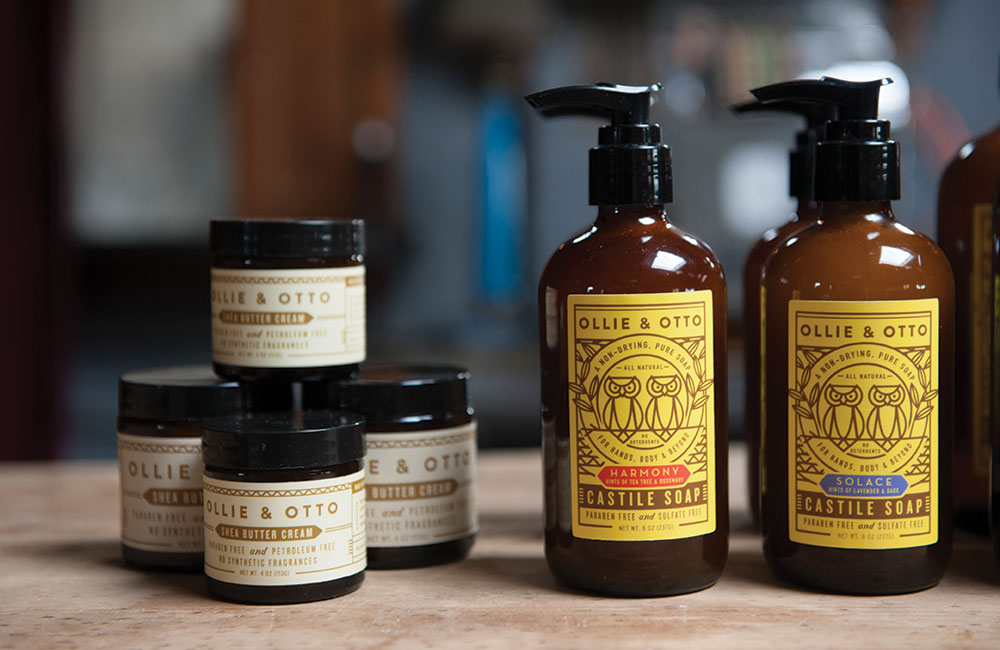 Ollie & Otto is named for Lynn’s great-grandfather (Ollie) and great-uncle (Otto), who both took an abiding pride in making things by hand.

“There are so many products that are loaded with chemicals, and a lot of these chemicals are known carcinogens,” Mario says. “People still continue to use them, and companies still continue to pump them out. We knew from the beginning, these have to be natural products that would also be impactful and just as effective as their chemical-laden counterparts. We’re trying to bring awareness to the fact that you can definitely take good care of yourself using natural products.”

The company also has a social and environmental mission. The Callaways have partnered with clean-water nonprofit Generosity.org, and part of their proceeds help fund water projects around the world.

Ollie & Otto is based near the Ashokan Reservoir. “There’s just something about the serenity and the peacefulness that allows us to unwind and unplug and think our processes through,” Lynn explains.

The magnificently bearded Mario chimes in: “It’s a wonderful place to ideate and come up with new products and just sort of step away from things and think about what our products set out to do to and the purpose behind why we do it in the way that we do it.”

The two tend to speak in harmony. “I think we’ve struck a good balance with how to separate business from our own personal discussions,” Mario says. Then Lynn adds: “Our thing is that you don’t take it personally. Business is business. And things outside of that, we don’t want to bring into our business.”

Communication is key to Ollie & Otto’s products too, and its website explains exactly what every obscure-sounding ingredient is. “That was very important to us, really being transparent,” Lynn says. “We wanted to put ourselves in our customers’ position.”