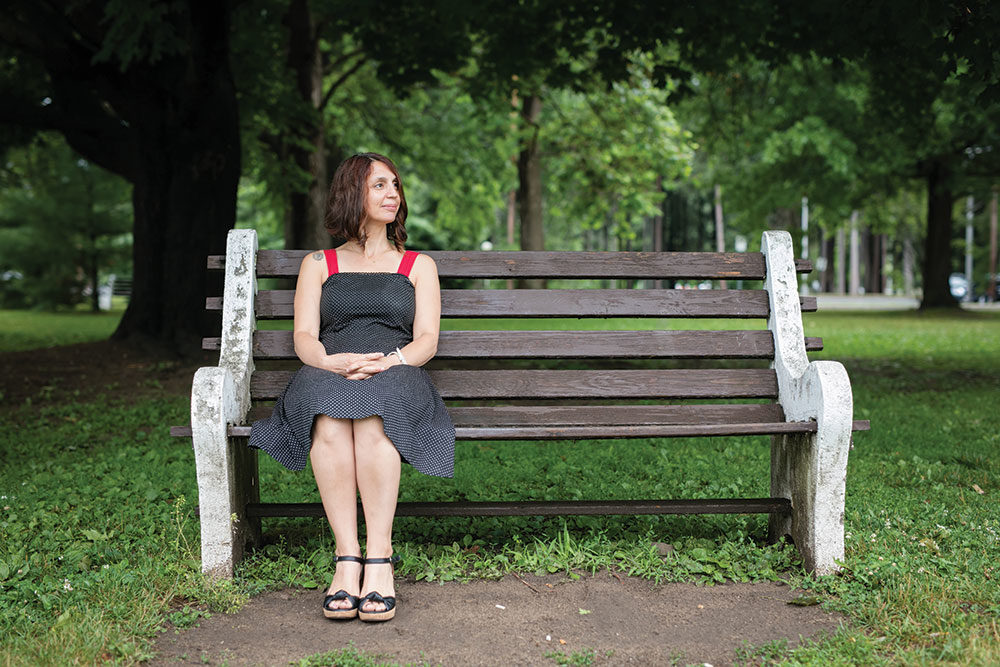 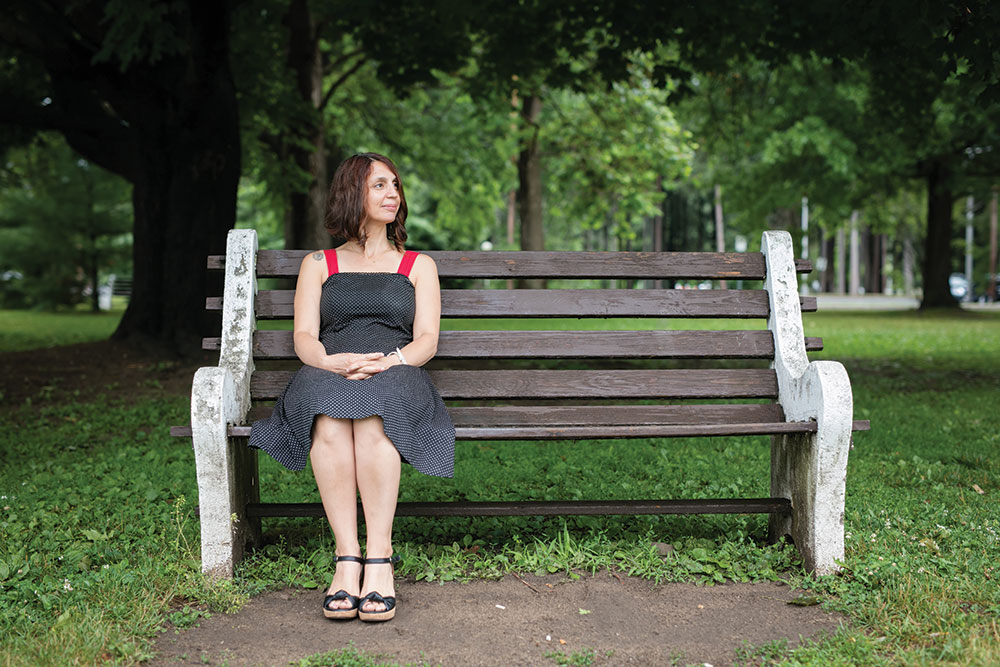 Hometown: Saratoga
Lives in: Park Slope, Brooklyn
Moved to Hudson Valley: Never (Yes, really)
Favorite thing about upstate: “It feels like part of my identity. I have always loved the Catskills. It’s the place, for 23 years, that I escape to when I need to escape.”
Least favorite thing about upstate: “I’m not fond of driving, and I can’t see well at night. So, the darkness is both what’s inviting about it and what’s difficult about it.”

Full disclosure: Lisa Selin Davis, the co-founder and former editorial director of Upstater.com, has never actually lived in the Hudson Valley per se. Although she grew up in Saratoga, and once rented temporarily a semi-renovated barn on an estate in Tivoli, as an adult, she has yet to own a house upstate or live there full-time.

Nevertheless, Davis arguably knows upstate better than some full-time residents. Much of her accomplished writing career (she’s written for Time, the New York Times, New York magazine, Qz.com, The Wall Street Journal, Parenting, AARP and many other publications) has been about the connection between the city and upstate. Her forthcoming young adult novel, Lost Stars, which comes out on October 4, is also set “vaguely in the Catskills.”

Inspired by her March 6, 2014 New York Times “Modern Love” essay “What Lou Reed Taught Me About Love,” about Davis’s falling in love with her first boyfriend at age 16, while working at Saratoga Spa State Park, Lost Stars is about “a very troubled girl in a summer of reckoning with herself and her past and her family,” says Davis. And even though the setting of Lost Stars isn’t identified as Saratoga, the story is set in the house where Davis grew up.

Davis speaks of Saratoga with nostalgia and credits the city for spurring her interest in writing about upstate New York. After her parents’ divorce when she was five, Davis spent summers at her father’s house in Saratoga and the school year at her mother’s house in “a sad little Massachusetts suburb.” This led her to become obsessed with all things urban planning: architecture, real estate, housing, design and the environment. “In Saratoga, I felt part of a community. Every other place, I didn’t,” she recalls.

Years later, while pregnant with her second child and contemplating raising kids in a Brooklyn fourth-floor walk-up with little access to nature, Davis began thinking about where her family could move. Her search for a place upstate led to a discussion with her friend Alia Hanna Habib, a literary agent, who also wanted to move upstate and was contemplating starting a website for upstate real estate like Brownstoner, a Brooklyn real estate website. Davis had already begun developing a similar website of her own. So, in 2011, Davis and Habib combined forces and founded Upstater.

Davis became fascinated with Newburgh (“There’s no better example of beauty and tragedy than Newburgh,” she says), as well as bungalow colonies, groups of one- to three-bedroom furnished bungalows that had their heyday upstate in the ’50s and ’60s (she’s written about both topics for the New York Times). In fact, she once almost bought a bungalow community to recolonize (another topic she’s written about), but missed out to a couple of New York City designers.

These days, Davis doesn’t get upstate as often as she would like. She has two little kids (four and seven years old), a husband who works in educational technology (alas, not a job that can be done upstate), and a full-time freelance career.

In a perfect world, Davis would have a bungalow colony upstate with friends, as well as her place in Park Slope. But most of the time she wishes she could live in Saratoga, which is how she’s felt most of her life. “I think that a lot of people have kids and then experience that urge to go home,” she muses, “wherever that home may be.