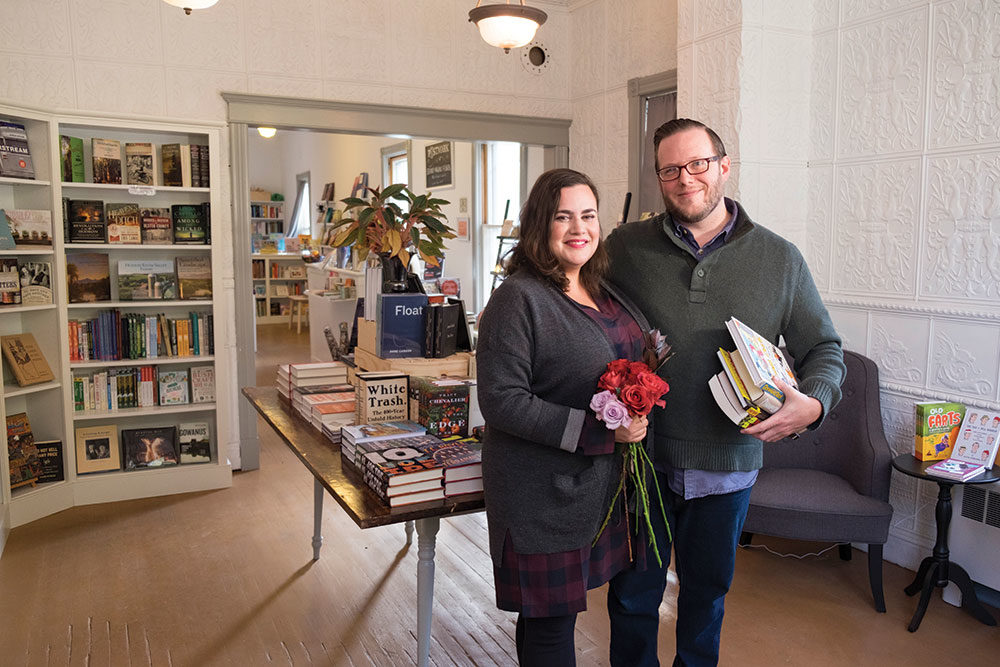 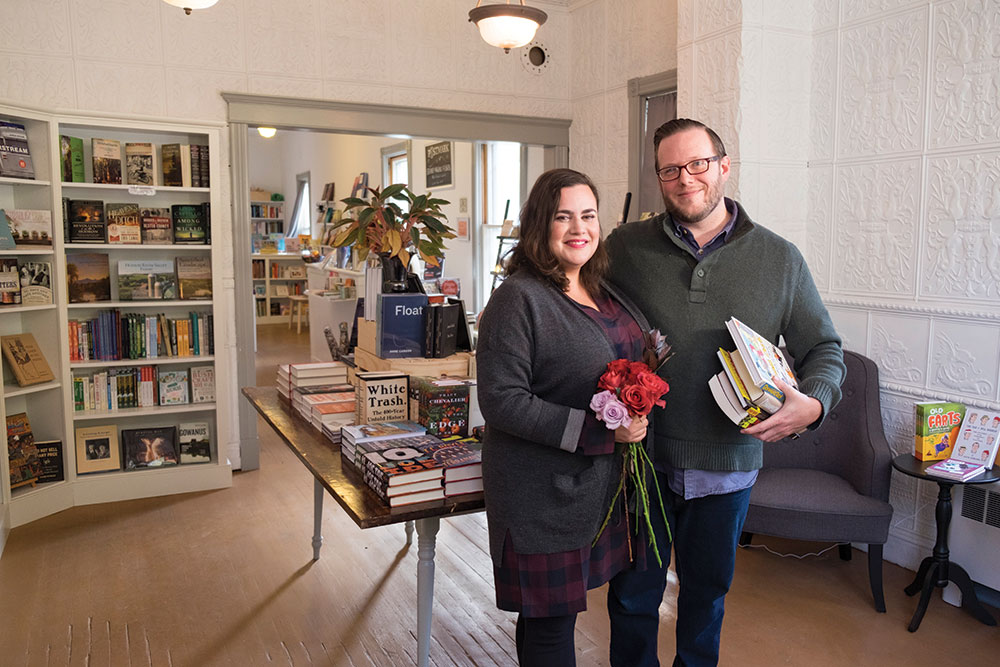 Hometown: Queens (Post) and Columbus, Ohio (Paquet)
Live/work in: Rosendale
Moved to HV from: Brooklyn
Least Favorite Thing About Upstate: “I don’t have one!”

One snowy weekend in November 2013, Jesse Post was relaxing at the house in Rosendale that he had purchased two months earlier with his partner, Maggie Paquet, when he suddenly had an epiphany. He had recently become a consultant after working in publishing in New York City for over a decade, and he had quickly found himself spending more time in Rosendale than he was at the couple’s apartment in Prospect Heights, Brooklyn.

As he sat in his library, reading and working, with a fire burning in the woodstove, Post realized “I can just do this,” he recalls. “I can work here. Why would I need anything else?” He was ready to move upstate at that point.

The transition to full-time upstater was more gradual for Paquet, who continued commuting to her full-time job as a designer at Coach while feeding her passions for flower farming, floristry, and event planning. But the more she was in Rosendale, she found, the less she wanted to be in Brooklyn.

“I looked forward to my time here,” she says of her Rosendale home, “and I usually had a sense of dread when I had to leave.”

Meanwhile, the life partners were devising a plan to become business partners as well. Post had a lifelong passion for books and had considered opening a children’s bookstore in Brooklyn, but found the logistics of it too stressful. So the couple’s focus shifted to the current home of Postmark Books, a 19th-century Main Street building that was once Rosendale’s post office (hence, the name). By the time the store opened last May, Paquet had left her job and jumped into the operation full time.

Post arranges the carefully selected books artfully and deliberately, with quirky section names like “Other Worlds” (stocked with reads by sci-fi and fiction authors like Neil Gaiman and Joe Haldeman), “Inspiration,” where creativity-inspiring works like Why Knot by Philippe Petit and Drawing is Magic by John Hendrix reside, and “Life Stories,” a shelf that includes Outsider in the White House by Bernie Sanders and Wild by Cheryl Strayed.

Although Post finds that the most frequent concern voiced by New Yorkers who are considering relocating upstate is about socialization, he says that between what Paquet calls “camaraderie amongst the shop owners” on Main Street, other friends from the city who have also moved to the area, and old friends from the city who visit, the couple’s upstate social life has flourished organically.

“We haven’t actually, I think, made too much concerted effort, but everyone’s just naturally more neighborly,” Post says. In fact, he adds, although he and Paquet were friends with their Brooklyn neighbors, it was “not to the degree” to which they have connected with other Rosendale shopkeepers.

Post and Paquet still do business in the city and visit friends there, but are happily ensconced in Rosendale. “I don’t think I’ve had earbuds in for a really long time,” Paquet says. And she seems pretty happy about it.