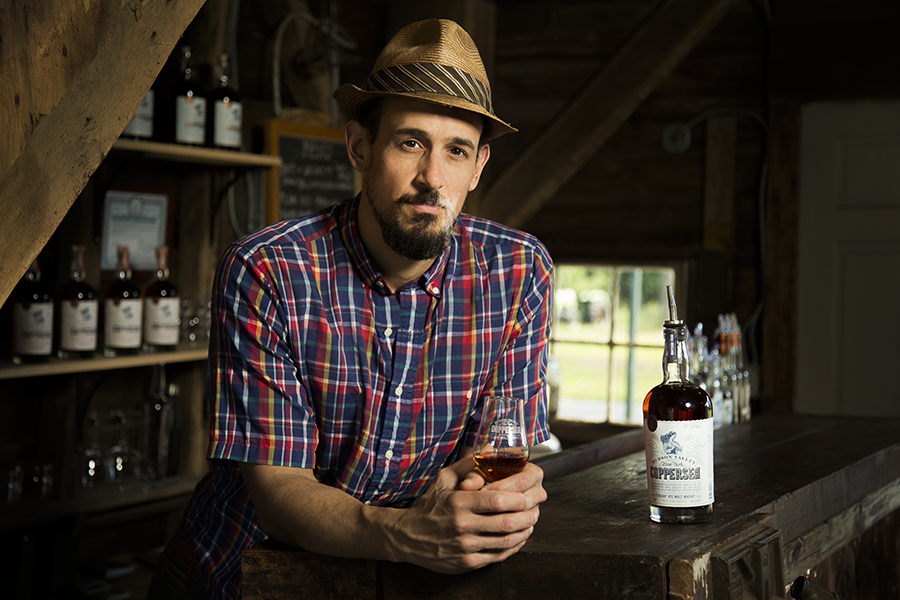 Prior to Prohibition, rye whiskey reigned supreme in New York. Farmers planted rye in great abundance and the grain thrived in the region’s rocky soils and often cold climate. When alcohol became illegal in the US in 1920, the state’s rye fields went fallow and whiskey ceased being made from the grain. By 1933, when the nation’s failed experiment with abstinence came to end, the damage to New York spirits production had already been done, and the tradition of making rye whiskey in the state was not revived. In Kentucky and elsewhere in the South, bourbon—a sweeter, corn-based whiskey—thrived post-Prohibition and became the dominant American variety.

Why rye? First of all, it’s historical. “Rye is such a quintessentially New York spirit,” notes Van Brunt Stillhouse co-owner Daric Schlesselman, “dating back to the earliest Dutch settlers.” Empire Rye’s rigorous guidelines require, among other things, that the whiskey be made from a mash bill (the mix of grains used at the start of the whiskey-making process) consisting of 75 percent New York State rye grain, and that the whiskey be aged for at least two years in charred, new oak barrels at not more than 115 proof at time of entry.

Distillers who follow these guidelines will earn the right to label their whiskey as an “Empire Rye,” and consumers will know that they are getting a distinctive New York State product, the same way that scotch drinkers know their whiskey is produced in Scotland according to strict criteria, and champagne drinkers know the bubbly beverage is carbonated and made from grapes in the Champagne region of France. These spirit producers hope the strict guildlines will make “New York State” and “rye” as synonymous as “Kentucky” and “bourbon.” Congress declared bourbon a “distinctive product of the US” in 1964, and ever since then, in order to be labeled “bourbon,” a spirit must be produced in the US. More than 90 percent of all bourbon is produced in Kentucky. 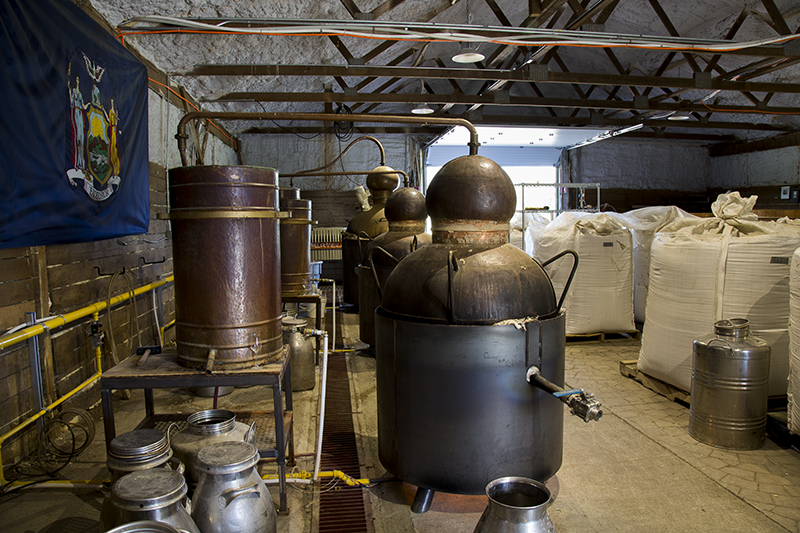 “All of the distillers involved in this project, we have a very deep affection for our state and we want to give it its whiskey,” says Christopher Williams, chief distiller at Coppersea Distilling in New Paltz, who dreamed up the Empire Rye concept.

Tom Potter, co-owner of New York Distilling Company in Brooklyn, one of the guidelines’ originators, hopes the Empire Rye label will make this type of whiskey equivalent with New York. “If people think of Kentucky as the place where bourbon comes from, where does rye come from? It should come from New York,” he says. “We feel there’s an opportunity to create a historically true identity and expand on that and take advantage of our strengths: our history-making rye whiskey, the agricultural ability to grow terrific rye here, [and the fact that] New York has always been the world capital of cocktails.”

Potter believes that the project is the type “that benefits from a group effort.” He explains, “No one distillery is going to create a style that is recognized or a terroir that is appreciated. It takes a broader effort.”

Williams drafted the guidelines in collaboration with representatives from five other distilleries. An additional distillery, Van Brunt Stillhouse in New York City, did not participate in writing the guidelines but has already adopted them, and is participating in the label’s launch.

Williams admits to having long nurtured an “almost obsession” with regional styles of food and drink. “It’s always fascinated me, the evolution of these styles,” he says, “whether it’s a whiskey style or wine style or cheese style or some regional food that leads to a range of similar dishes that, from a perspective of provenance, are strongly associated with a particular country or region.”

Historically, whether it’s a drink like scotch or a musical style like Delta blues, explains Williams, regional styles tend to develop best when they can evolve and grow naturally over time, free of influence from the outside world. In today’s era of instant communication, that’s unlikely to happen naturally, so Williams and his fellow distillers decided to contrive a set of standards to create a New York style.

The group of style originators unveiled their respective Empire Rye whiskeys in October after having aged them the requisite two years. Now the Empire Rye distinction is open to any New York distillers who are willing to meet the guidelines.

“The unveiling of this is also an invitation to every other distillery in New York State to make this style,” Williams says. “By no means are we trying to keep this completely in our provenance. The point is to get as many distilleries as possible to make this style.” 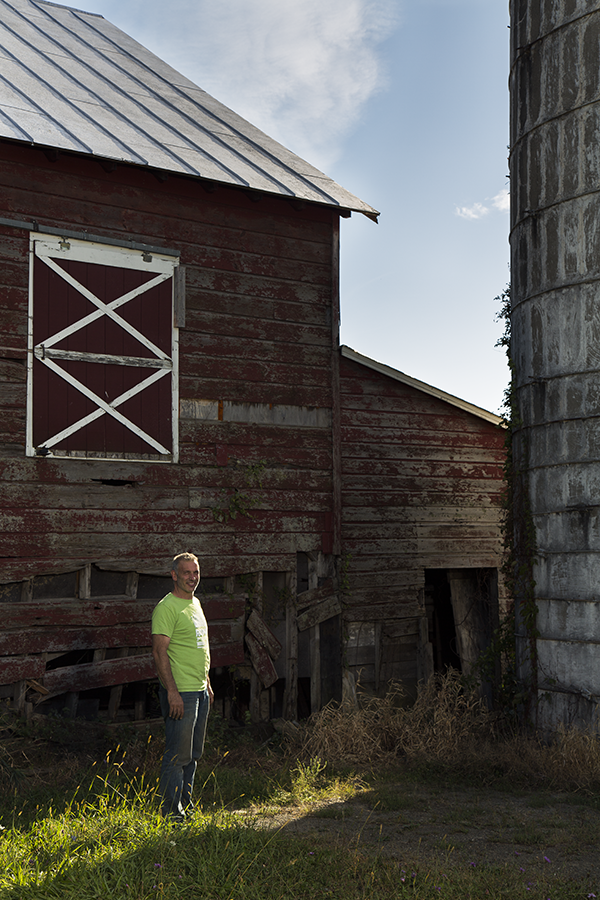 It’s too soon to tell what the common flavor characteristics of Empire Rye might be. “I think you’ll see plenty of variety,” says Brian McKenzie, president and owner of Finger Lakes Distilling in Burdett, who was involved in the creation of the style. “Our agreed-upon rules will make the style somewhat distinctive across the spectrum of Empire Ryes, but also allow the producers to be creative and put their own spin on the product.”

Finger Lakes Distilling is producing a single-barrel rye whiskey from a mash bill consisting of 80 percent rye and 20 percent malted barley. The whiskey that has resulted has “a ton of rye spice,” McKenzie says.

In contrast, Williams is making his rye whiskey from a mash bill of 100 percent, New York-grown malted rye. He says the whiskey has notes of wildflower honey, “toasted biscuits, blackberry, nutmeg, and cinnamon.”

New York Distilling Company’s take on the style will be a version of its Ragtime Rye, with applejack barrel finishing. In addition to the 75-percent rye requirement, its mash bill consists of 15 percent New York corn and 10 percent malted barley from out of state. After aging for two years in oak, the rye whiskey is finished for three months in an applejack barrel. “The applejack finishing provides a real bright floral note to the rye,” Potter says. “We think it’s a wonderful combination of the spiciness of the rye and the bright green floral apple notes.”

An element uniting all the Empire Ryes will be the New York-grown rye itself, which has a distinctive flavor. “The soils here are definitely different than the soils out in the Midwest or California, so there’s a good chance that a rye grown here as opposed to other parts of the country might have a different flavor,” says Ken Migliorelli, who owns Migliorelli Farm in Tivoli, where Williams buys his rye.

And exactly what New York State’s soils will add to the finished rye whiskey product also remains to be seen. “We don’t really know, we’re learning about what kinds of flavors can be elicited,” Williams says.

In terms of rye whiskey in general, Potter, who cofounded the Brooklyn Brewery in 1988, believes it will become to the burgeoning craft distilling world what the IPA is to craft beer. “If you think of American whiskeys as traditionally rye and bourbon, bourbon is the easier drink; it’s sweeter, corn is a sweet grain,” he says. “Rye, by contrast, is inherently spicy. It’s a little more challenging, but it also offers more flavor opportunities.”

Potter believes Empire Rye will build up a following the way craft brews did. “When craft and small breweries were atiny part of the market, nobody was asking for a more challenging beer,” he recalls. “They were asking for something that was more interesting. There were no IPAs, all of us were making English-style pale ales, porters, and stouts. Nobody, initially, was making the more bitter, challenging beers that came to prominence later.”

In the meantime, Empire Rye’s ultimate goal is to serve as a calling card for New York State. “We want to make something that the state can be proud of,” says Williams. “When people go abroad, they’ll bring a bottle of Empire Rye and say, ‘This is what has been wrought in my state.’”

And Kings County Distillery owner Colin Spoelman has no doubt that Empire Rye will compete well with “the big brands,” which don’t offer much transparency about their origins. “I think the big takeaway for people should be that this is an exciting concept for now, but will only get more interesting as time goes on,” he says. “Whiskey is a long game.”