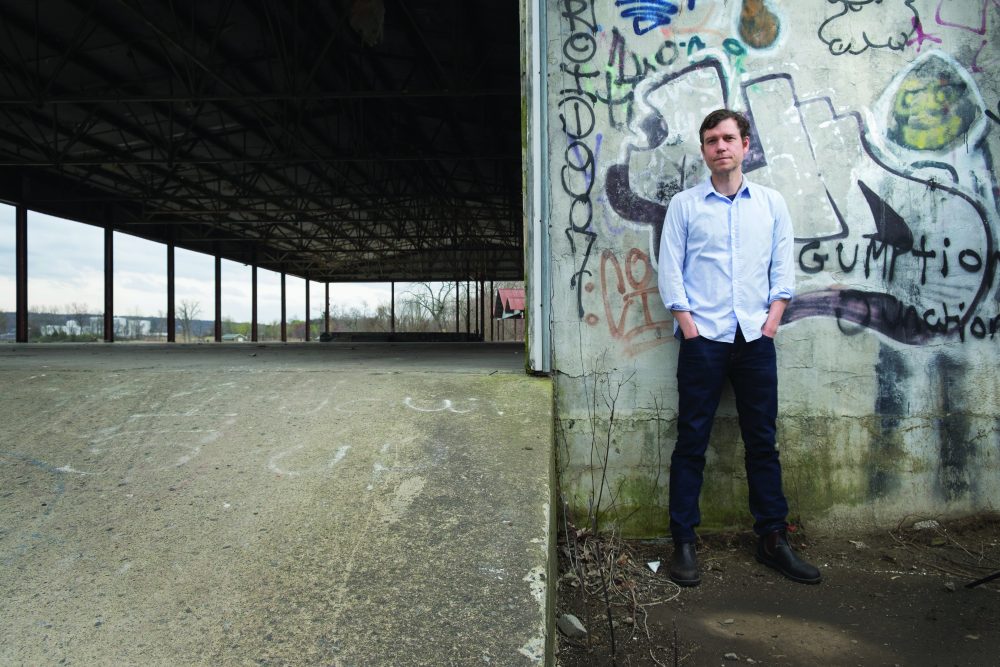 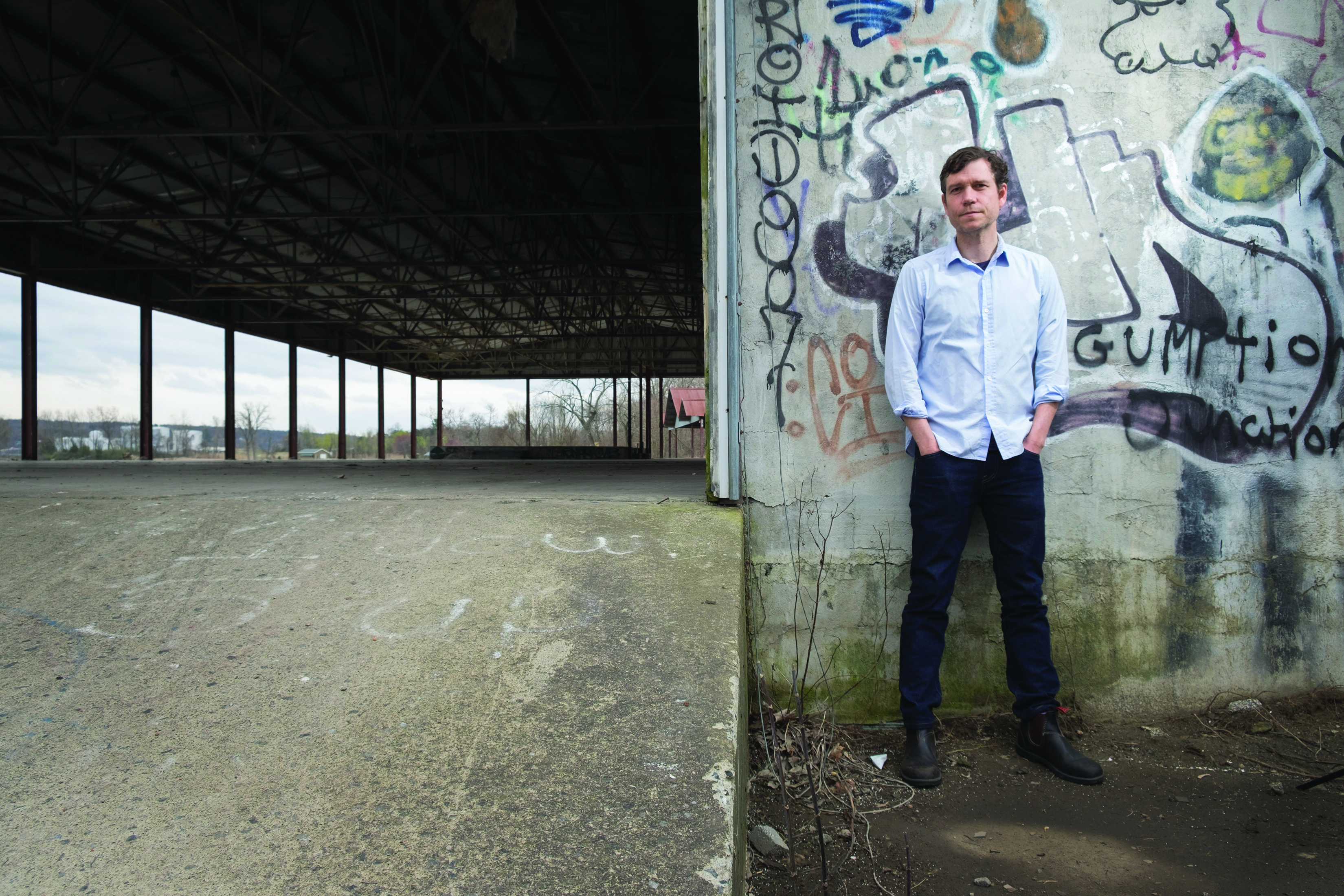 “F. Scott Fitzgerald’s dictum that there are no second acts in American lives is disproved here every day,” writer Gary Shteyngart recently noted of the Hudson Valley in Travel & Leisure magazine. Shteyngart, who rents a weekend cabin in Hudson, was referring to his fellow New Yorkers who give up city life to start new businesses upstate, injecting “new blood in these towns and villages.”

But not only city transplants are starting over in the Hudson Valley—many of the region’s buildings are too. Adaptive reuse—refitting and preserving old structures for new purposes—is producing a seemingly endless pipeline of proof that the region is in resurgence. For starters, there are Walkway Over the Hudson (an 1888 steel cantilevered railroad bridge remade into a state park), Hudson’s Basilica (an 1880 railway-wheels-forge and foundry-turned-glue factory that’s now a popular market and events space), Beacon’s Roundhouse (an early 19th-century plant for textiles, machines, and dye that’s now a hotel and restaurant), and Tarrytown’s Stone Barns Center for Food and Agriculture (a 1930s dairy farm now housing an agricultural think tank, organic farm, and restaurant).

The latest addition to the region’s diverse collection of thoughtful redevelopment projects is a Brooklyn phenomenon: Smorgasburg, the Brooklyn food extravaganza, will launch an upstate venue in Kingston on August 6. Founded by real estate developers Jonathan Butler and Eric Demby in 2011, Smorgasburg attracts 15,000 to 20,000 visitors to the Williamsburg waterfront every Saturday, according to Butler.

Besides Smorgasburg, which also runs in Prospect Park on Sundays, Butler and Demby are also the force behind Brooklyn Flea, founded in 2008 and held in Ft. Greene on Saturdays and DUMBO on Sundays; and Berg’n, a 9,000-square-foot beer hall, open six nights a week, housed in Crown Heights’ former Studebaker Service Station, which the duo turned into a studio and office space with a permanent food court and weekend flea market. 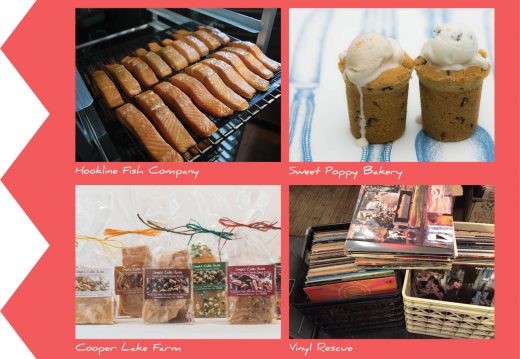 With Smorgasburg and Brooklyn Flea starring among New York City’s attractions, Butler and Demby could take their show on the road anywhere they choose—like downtown Los Angeles, where they are also launching Smorgasburg in June. The Hudson Valley Smorgasbord, set for the 10-acre, two-building Hutton Brickyard at Kingston Point Beach, is a “hybrid version of Smorgasburg and Brooklyn Flea,” says Butler. The first season will feature approximately 75 vendors offering food, vintage, and handmade goods. A few New York City food vendors are included, like the popular Ramen Burger (which serves burgers on ramen buns), with the rest coming from throughout the Hudson Valley, including several Kingston start-ups, says Butler, noting that there’s a “whole food movement that’s going on upstate.”

The Hutton Brickyard is dilapidated, but that’s what Butler says appealed “first and foremost” to him and Demby. “We’re lovers of old architecture,” he says. “It’s a unique site, right on the water, and I think people will appreciate the sense of history about it.”

Butler describes adaptive reuse as a “more organic process than you might encounter with most big developers.” In Kingston, he says, “first of all, we want to preserve everything we can down there and find new uses for it. We’re viewing this first year as just getting our foot in the door, figuring out how the site works, how it works in the community and the region. In our experience, with locations and markets, it can take a while for things to reveal themselves about what a site wants to be and should be. So our idea is to go in with as light a touch as possible the first year, hopefully put it on the map as a destination location, put on a good market up there, and let the public access the site.”

Besides food and shopping, the event will also feature a bar, family-friendly activities, and music, and will be “a little more relaxed” than its Brooklyn counterparts, which “can certainly feel a little intense at times,” Butler admits. “There’s a big open field to the north of the market, right on the water, so your kids can be up there throwing a football around while you’re sitting with food. It’s kind of picnicky. Bring a blanket, take your time eating, hang out, enjoy the view.”

For Butler and Demby, the space also offers some “mellower” aspects. “It’s going to be an improvement over the city, where we’re constrained, typically, with space, so we’ll be able to spread out there,” he says. “Clearly, the site is gigantic, so it’s going to accommodate more.”
But as Hudson Valley residents look forward to seeing the site come to fruition, Butler says he’s anticipating Smorgasburg’s impact on the region. “There’s clearly some kind of renaissance going on there,” he says. “I think it’s an interesting time to be getting involved in being a part of this, and hopefully being a factor in creating an economic and tourism revival.”