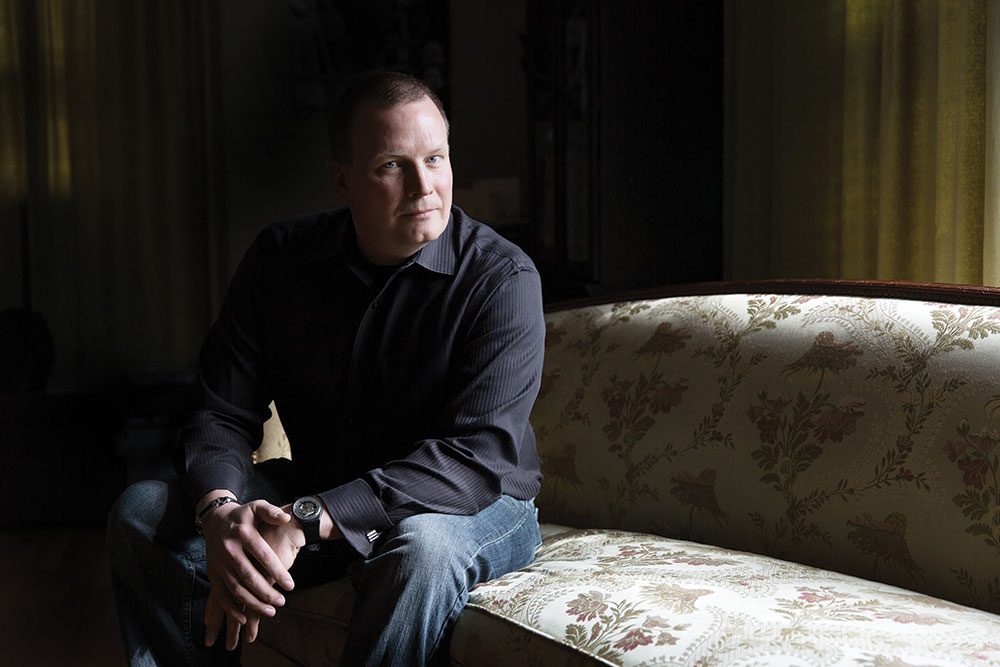 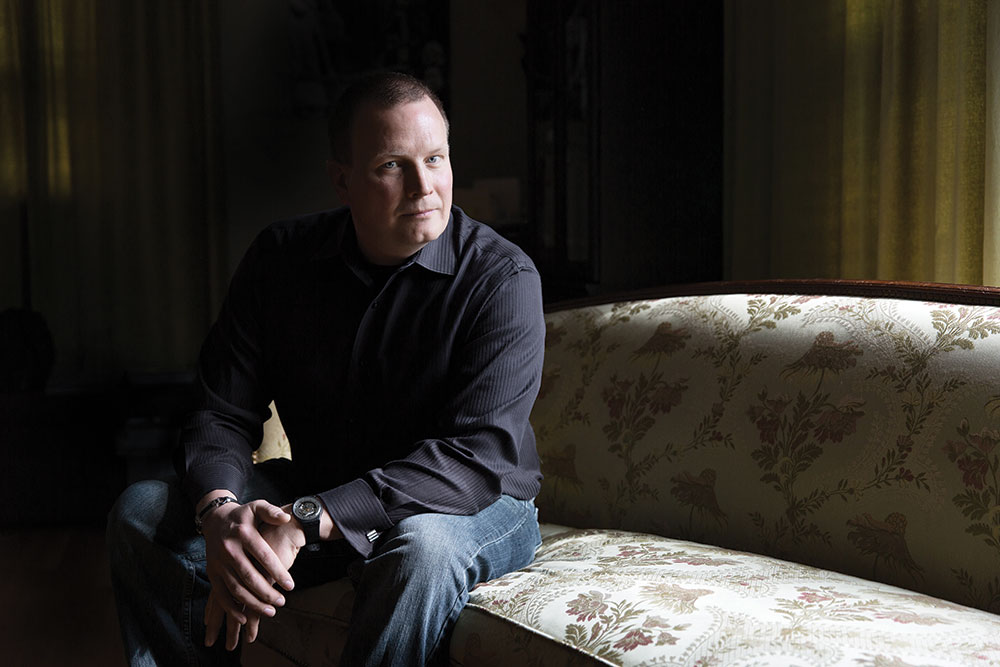 A fresh start isn’t necessarily what comes to mind when one thinks of the Westchester riverside village of Ossining. However, Ossining resident Gregory Perry might have something to say about that. Perry relocated there with his family for what could be considered the second act of his life, one that involves family, community, and creativity.

Hailing from the Lake George area (the “real upstate New York,” he jokes), Perry graduated in 1992 from Pace University, focusing on economics and English. He went on to earn an MBA from Cornell University in 2002, after which he moved to Manhattan to work in investment banking. Before relocating with his wife, Kim, and their 10-year-old son Nicholas to Ossining in 2014, Perry was otherwise enjoying all of the perks of metropolitan living.

“I appreciated the finer things,” he says of his time in Manhattan. “The culture, the museums, the entertainment, and the arts.” But then everything changed for Perry in a literal heartbeat: “I had a heart attack back in January of 2010 and wound up in the hospital down in Brooklyn,” he explains. “I’m totally fine now, but it was almost like a sign to me that said, you know, I should be doing something different.”

Indeed, Perry gave up his career in finance and became a photographer, specializing in portraiture. Today, he spends his days taking photographs from his home studio, spending time with friends, and being involved at his son’s school, Roosevelt Elementary School in Ossining. He is also a member of the Ossining Chamber of Commerce.

After living in nearby Briarcliff Manor for over a decade, Perry and his family moved to Ossining for several reasons, the foremost among them being Ossining’s tight-knit and diverse community. “What was important to us was being involved in a community that was very community focused … but also has a high level of diversity, different backgrounds, careers, ethnicities, all that,” he says. “My wife is Korean-American, so we are a biracial family to start with. We’ve always been open-minded to lots of different types of friends, and this community really called out to us.”

The affordability of housing stock within the Ossining zip code also called out to him. In 2014, Perry and his wife purchased a 1960s ranch house that he considers halfway between a fixer-upper and turnkey. “It needs a little bit of work on it but has good bones to it,” he says. “It’s got a good, wide-open entertaining space.” It doesn’t hurt that Perry is now paying less in taxes in Ossining than he was in Briarcliff Manor. “I love Briarcliff Manor—it’s like a sister town of ours,” he says. “But the amount of taxes that we paid for a quarter of an acre there—I pay half the amount of taxes and I have 10 times the amount of land here. I got a lot more for my money.”

While the pace of Perry’s life has slowed down over the past couple of years, he still enjoys heading out of Ossining to dine in Port Chester, sip craft beer at Peekskill Brewing Company, and catch live entertainment at Tarrytown Music Hall. “I’m happy that there’s starting to be more stuff here,” he says. “I don’t go through withdrawals not being in the city every day. There’s a lot to offer here in the community.” 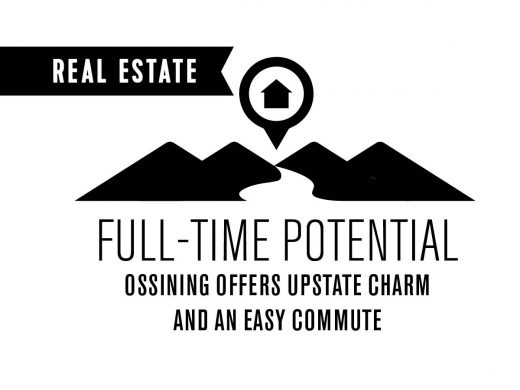 As a Hudson River town, Ossining has seen some dramatic real estate market changes. “The sales numbers have doubled since last year,” notes Suzanne Welch, an associate real estate broker with Coldwell Banker Residential Brokerage in Westchester County. She says Ossining’s single-family homes are up 12 percent from last year, with 24 homes having already sold this year to date compared to 18 for the same period last year. The average number of days a house spends on the market is significantly less, “with 215 days in 2015 and 133 so far this year. “It’s quite telling and supports that the market is getting attention and is stronger,” says Welch. Buyers, however, can still get an affordable home for less than $500,000.

Who’s snapping up all those deals? “People that are first-time buyers, people from down-county, as well as Brooklyn,” says Welch. “We’ve seen a lot of Brooklyn people come up here.” But it isn’t only the affordable home prices that are attracting buyers to Ossining. Newcomers are “looking for diversity and multicultural areas—Ossining has that,” Welch says. It also helps that Ossining is the site of a multitude of express trains to Grand Central Station, making commuting about as easy as it gets.

People like Ossining, says Welch, for its walkable village; riverfront location; outdoor amenities like Louis Engel Waterfront Park; historic architecture; and community bonds created by organizations like Grow Ossining, which aims to renovate the Olive Opera House on Central Avenue into a restaurant and performance space. Plus, says Welch, Ossining’s Main Street, though small, has “some neat niche stores and a handful of fun restaurants,” as well as the Down to Earth Farmers Market.

Families are flocking to Ossining for its highly rated public schools and science-based curriculum that includes a sixth-grade robotics program and a high school engineering course.

Most home buyers are looking for turnkey properties and a no-fuss, no-muss move. “That’s where sellers need to soften up because people don’t have the time or the energy,” says Welch. “They want to buy a home and move right in.” Welch says her clients are a mix of second-home seekers and people looking to make Ossining their full-time address. “The people who are coming up here looking for second homes are looking more in the Teatown area, about a 10-minute drive north of Ossining,” she says. “Most people there are looking for more privacy, and a nice little second home only 40 minutes from Manhattan.”