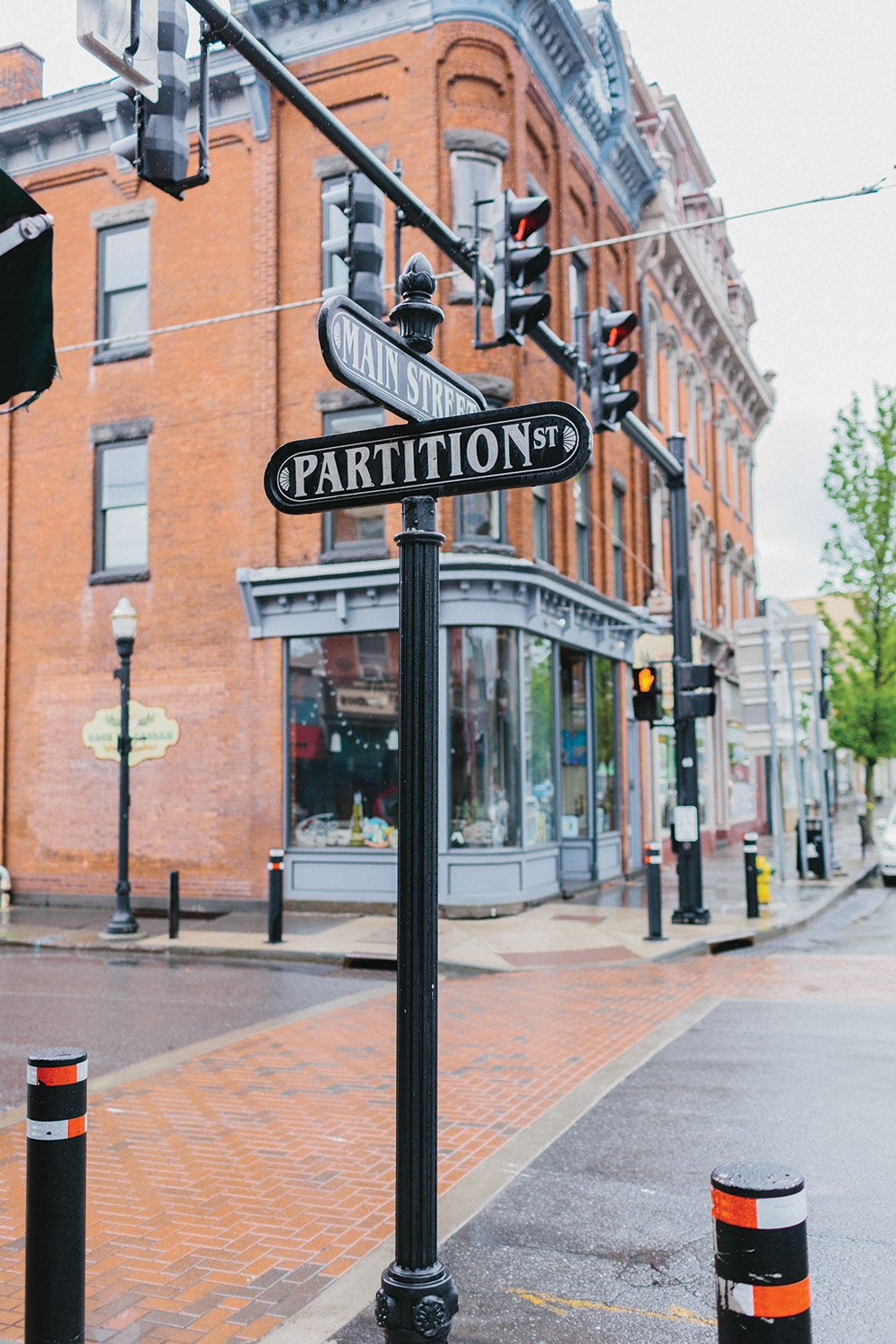 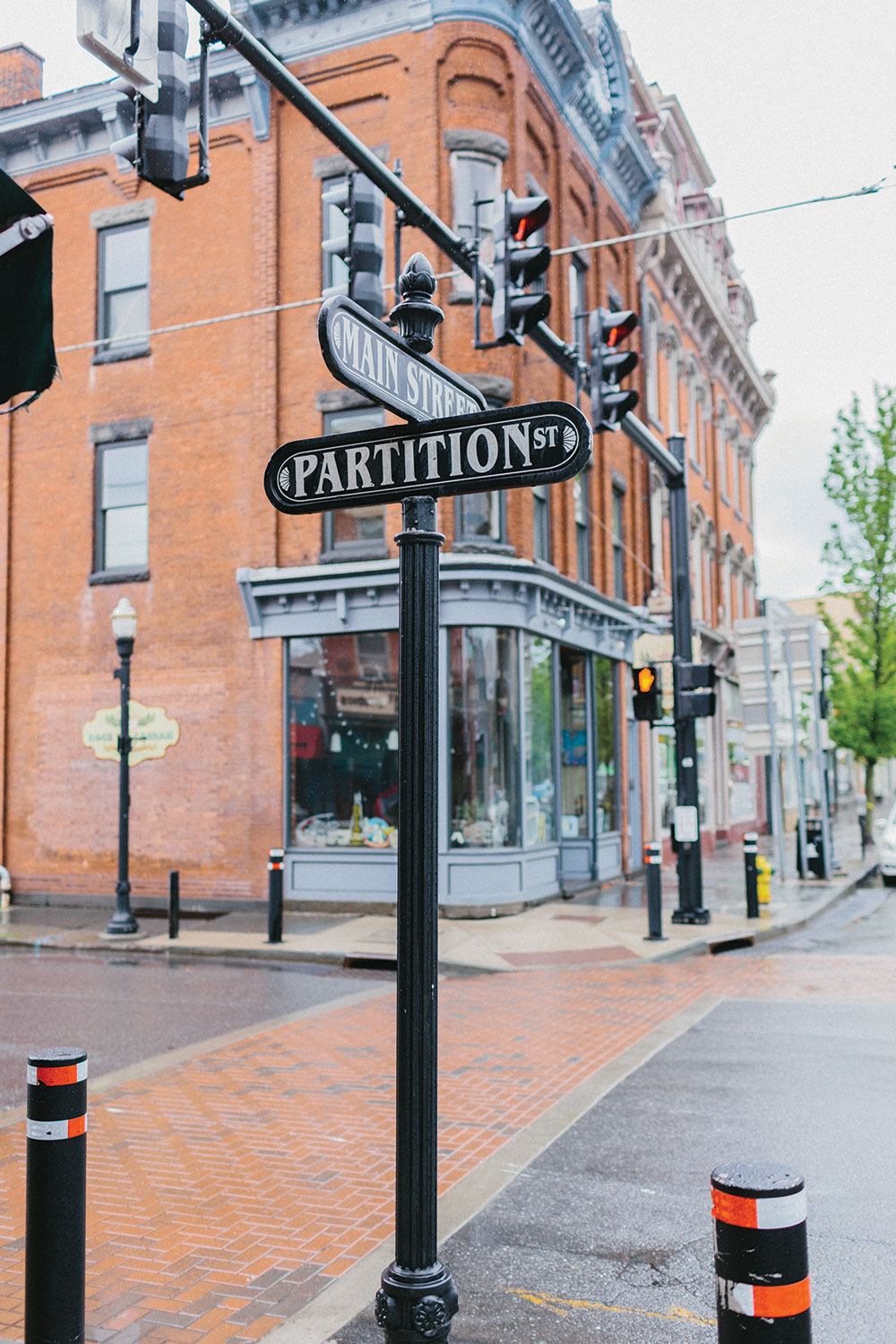 As a writer, I often work outside my home office, and Inquiring Minds Bookstore in the village of Saugerties is my occasional satellite office. It’s close to home and quiet, yet welcoming, with background sounds that include mostly gentle talking, low-volume music, and shoes tapping across the old-fashioned wooden plank floors. To my ears, it’s the sound of relaxed productivity. It’s satisfying and subtle. And, as it happens, it’s the sound of Saugerties.

Inquiring Minds is the Hudson Valley’s largest indie bookstore and has occupied the corner of Partition and Main Streets for over a decade, on the spot that once housed the local newspaper office and a photography studio. Downtown Saugerties has seen many changes, but the village’s growth is welcome. What hasn’t changed, thankfully, is that it’s still just as calm, neighborly, and daytrip-worthy as it was when I took my first back in 2000. 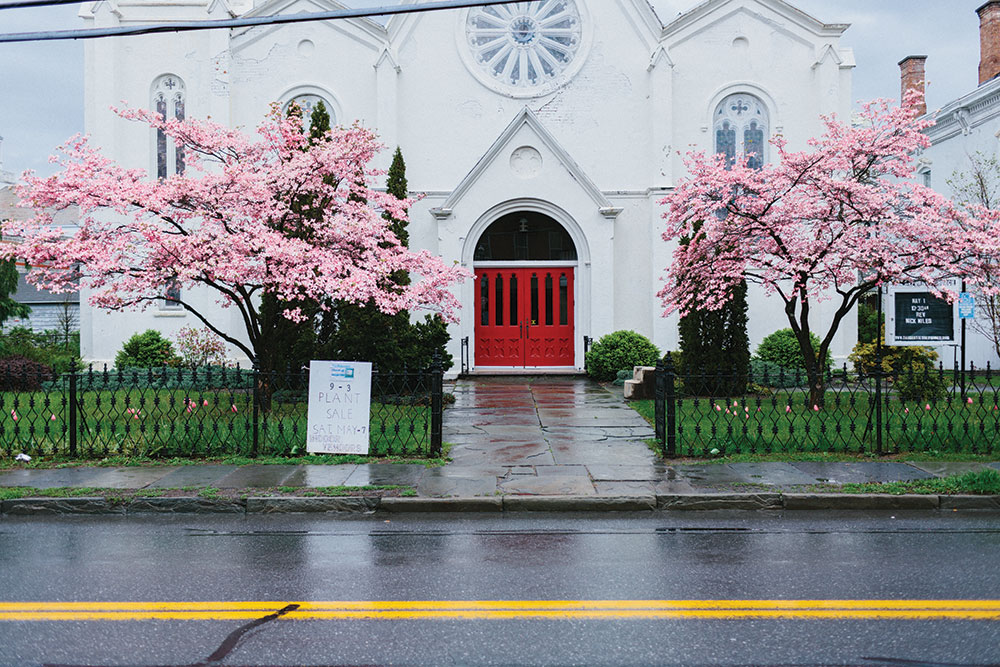 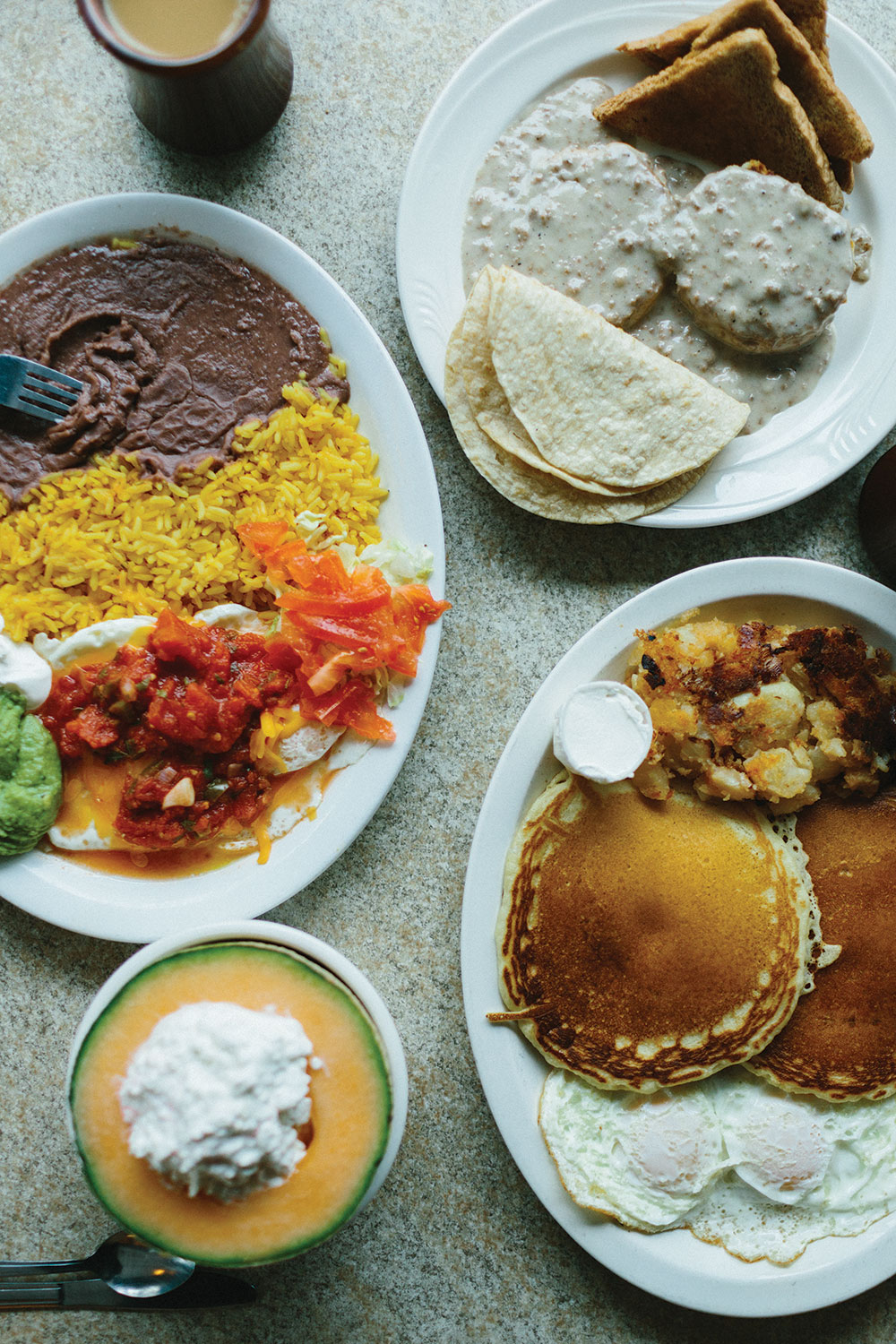 Saugerties can be surprisingly bustling just after sunrise. At the Stewarts Shop on Main Street, the local gents enjoy hot coffee, a newspaper, and maybe a scratch card or two, while, across the street, the Village Diner is hopping. I’m not exaggerating when I say that the diner’s owner and waiters know everyone’s name. They really do.

But don’t judge Saugerties strictly on its morning routine, or you’ll miss a lot. Truth is, Saugerties is populated not just with older folks and families but also by artists, musicians, writers, entrepreneurs, and creative types of all stripes, not to mention a celebrity or two, like Tonight Show host and native Saugertiesian Jimmy Fallon. From its hardscrabble start as a Dutch settlement in the 1600s, through its milling and manufacturing days during the Industrial Revolution, to its all-but-forgotten status in the 1970s and ’80s, to its new life as a vibrant center of creativity and small business—Saugerties has welcomed everyone. 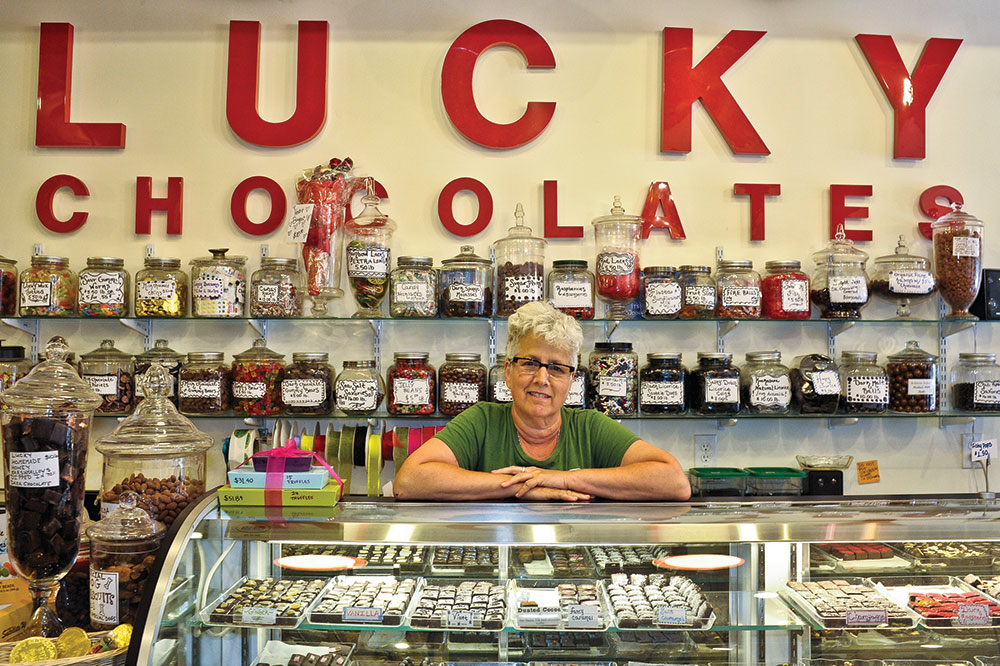 That includes foodies. Saugerties is a foodie town, through and through. Pizzerias abound, along with sushi, Chinese takeout, and a delicatessen (Tomo Sushi, Szechuan King, and Delicioso, respectively). For more adventurous eating, eclectic dishes can be found at Love Bites on Partition Street, next door to Inquiring Minds. Chances are, any vegetarian, vegan, Paleo, or gluten-free type hankering for brunch (or lunch or dinner) will find something there to satisfy their food yen.

Lucky Chocolates offers inventive artisanal chocolates (like Chimayo chili truffles) and old classics like egg creams. And Krause’s Chocolates, down the street, is a local institution, with chocolate peanut butter cups that are downright addictive. 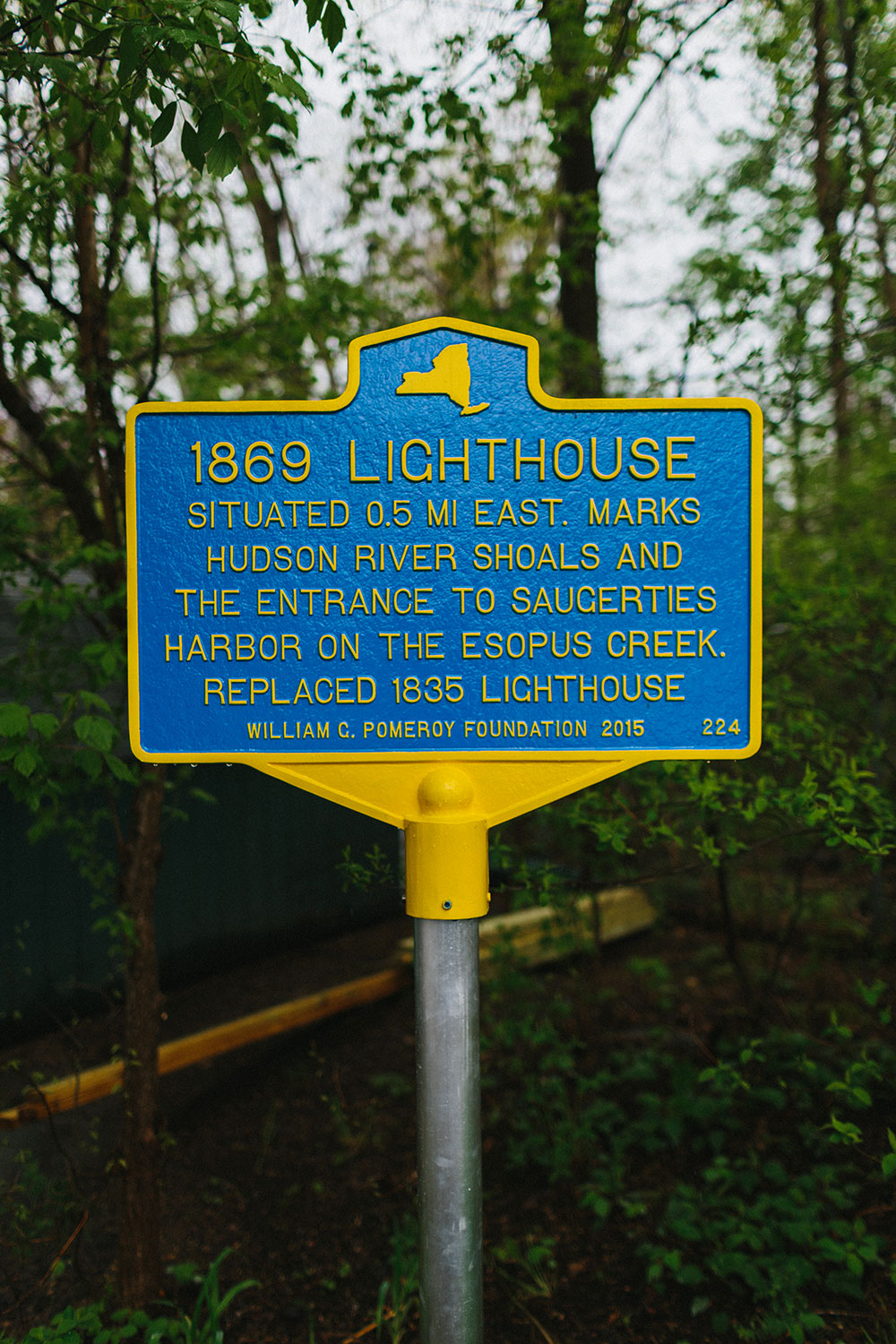 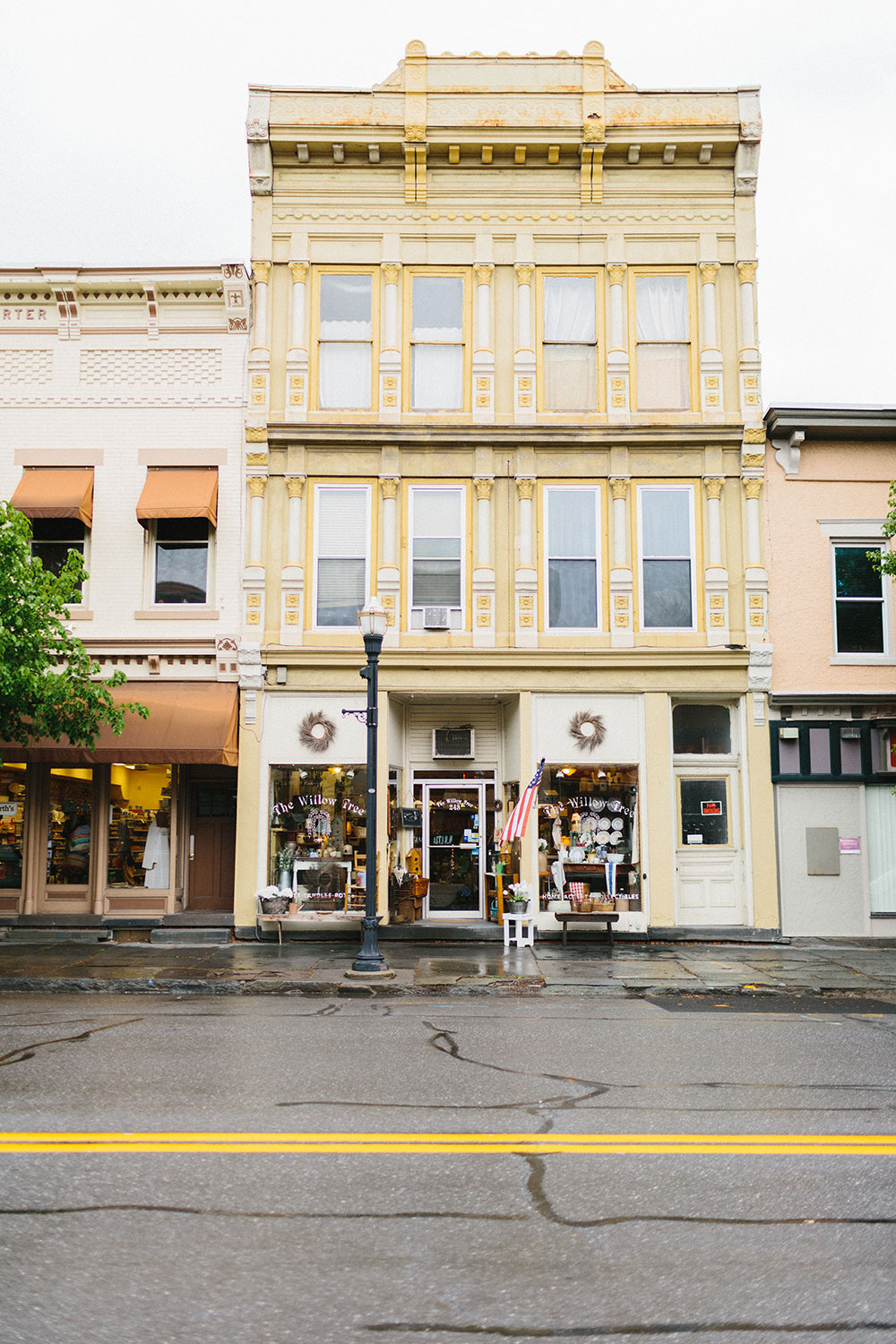 There are few things in life as peaceful as wandering along Saugerties’s quaint, tree-lined residential streets. Impressive brick and stone buildings on Main and Partition Streets make up the Historic District; outlying streets are replete with Victorians, Federal-styles, Colonials, and Arts-and-Craft houses. 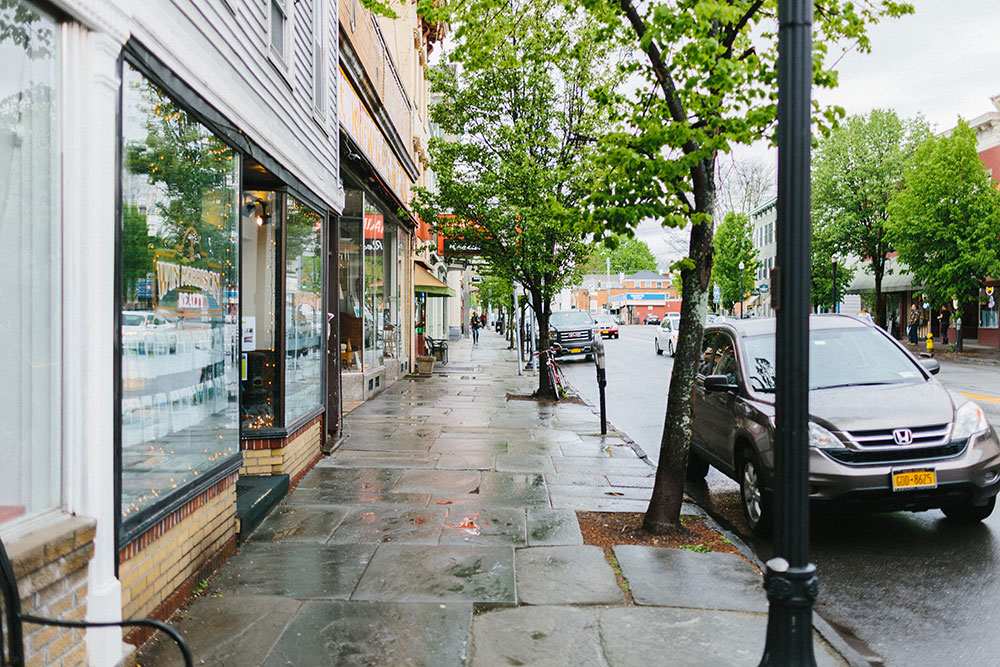 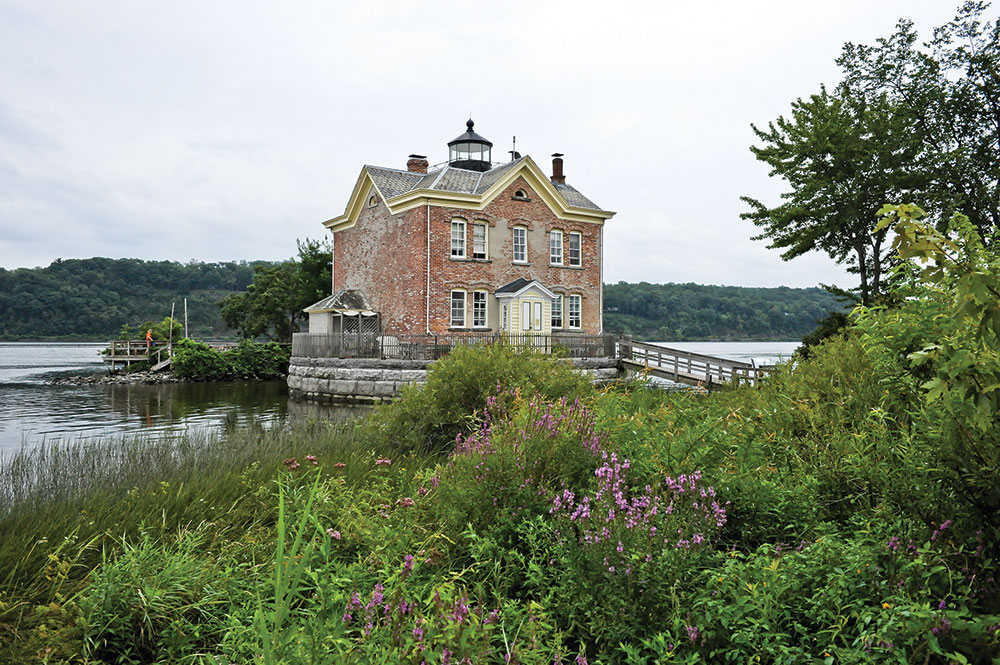 The Saugerties Lighthouse, located on a tiny peninsula where the Esopus Creek meets the Hudson River, is reached by a half-mile walk providing a wealth of photo ops along the way. The walk culminates at the c. 1869 red-brick lighthouse with cupola standing atop a manmade island, surrounded by the river at high tide, and a rocky bar that dissolves into a sandy beach at low tide. Pack a picnic lunch and sit on the lighthouse deck.

It’s a mere five-minute drive north to Seamon Park on Mynderse Road. Take a quick walk uphill past the caretaker’s house to behold the Catskill Mountains. Head down the other side of the hill to the stone wall along the Sawyer Kill to see the ruins of a 17th-century mill wheel. 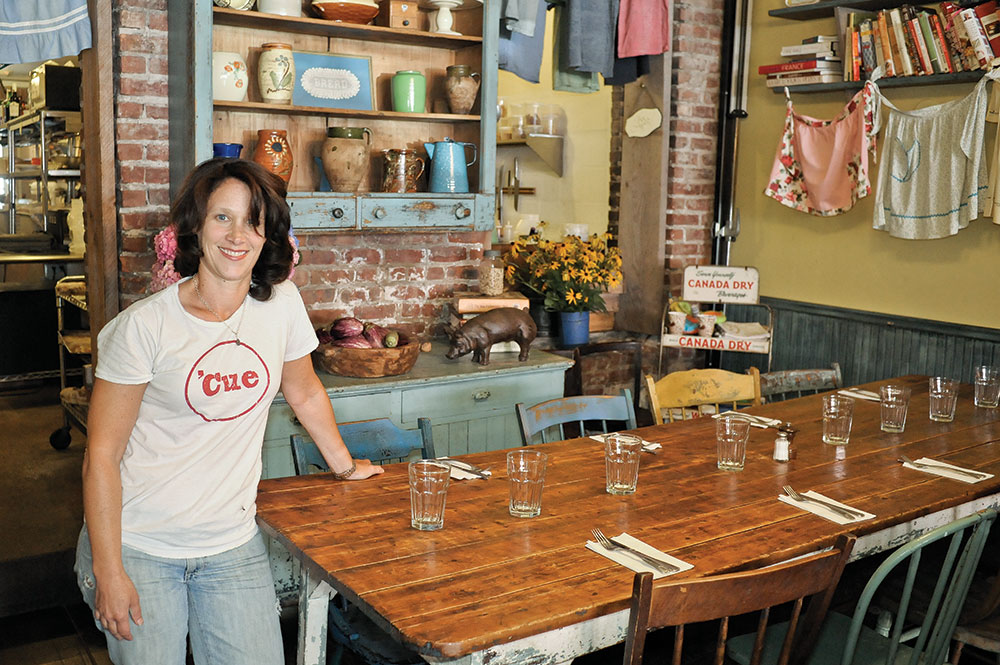 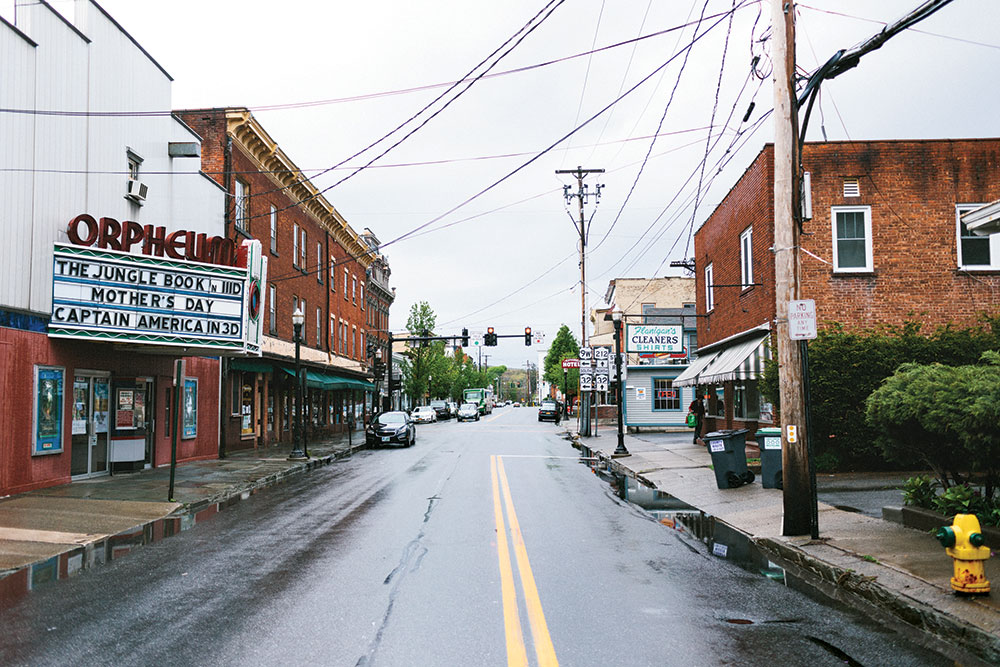 And when that evening sun goes down…

Saugerties isn’t known for its nightlife, but that’s partly why I live here. A night out at a bar is completely doable, though, and Mirabella’s is a popular spot to have a drink, watch the game, and enjoy a slice of pizza. Likewise, Miss Lucy’s Kitchen makes specialty cocktails and serves locavore lunch and dinner, as well as the best desserts in town—unless you prefer takeout from the Hudson Valley Dessert Company.

For local cultural offerings, SebSi Studio is a small independent venue offering standup comedy (yes, there’s a burgeoning comedy community in Saugerties), live music, theater classes, and other performances. Or, catch a movie at the Orpheum Theatre, a refurbished c. 1820 former vaudeville theater. On Mondays and Thursdays, it’s just $5 per person. Not bad for date night.

In the summer, Cantine Field in the village plays host to frequent food truck festivals that also feature live music. Speaking of which, ’Cue hosts bands most summer weekends, serving up performances with a side of homemade Southern-style barbeque.

Down the hill at Diamond Mills, Saugerties’s own luxury hotel, located above the falls at Esopus Creek, the Tavern offers high-end bar food, steak and seafood entrees, and weekend brunches. Planning a wedding reception? Diamond Mills does that, too. This summer, Diamond Mills will be joined by a “sister property.” Occupying the refurbished Lynch’s Marina, the Saugerties Steamboat Company, the latest project by local developer Tom Struzzieri (who’s also behind local horseback-riding facility Horse Shows in the Sun, aka HITS), provides yet another setting for weddings and special events. 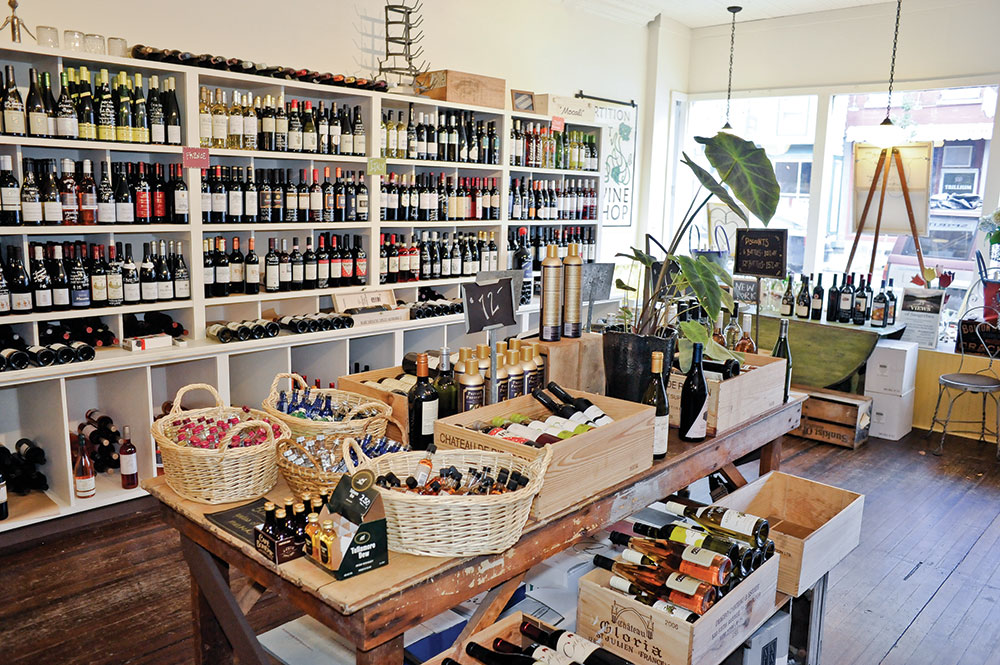 Saugerties is home to several art galleries featuring local and international artists’ work. On First Fridays, galleries like Imogen Holloway and Cross Contemporary stay open late to accommodate the foot traffic during what’s become a popular social event. Even the eateries and shops get in on the action; for instance, Partition Street Wine Shop hosts wine tastings and displays its own art collection in the back. It’s just another of Saugerties’s many subtle treasures.