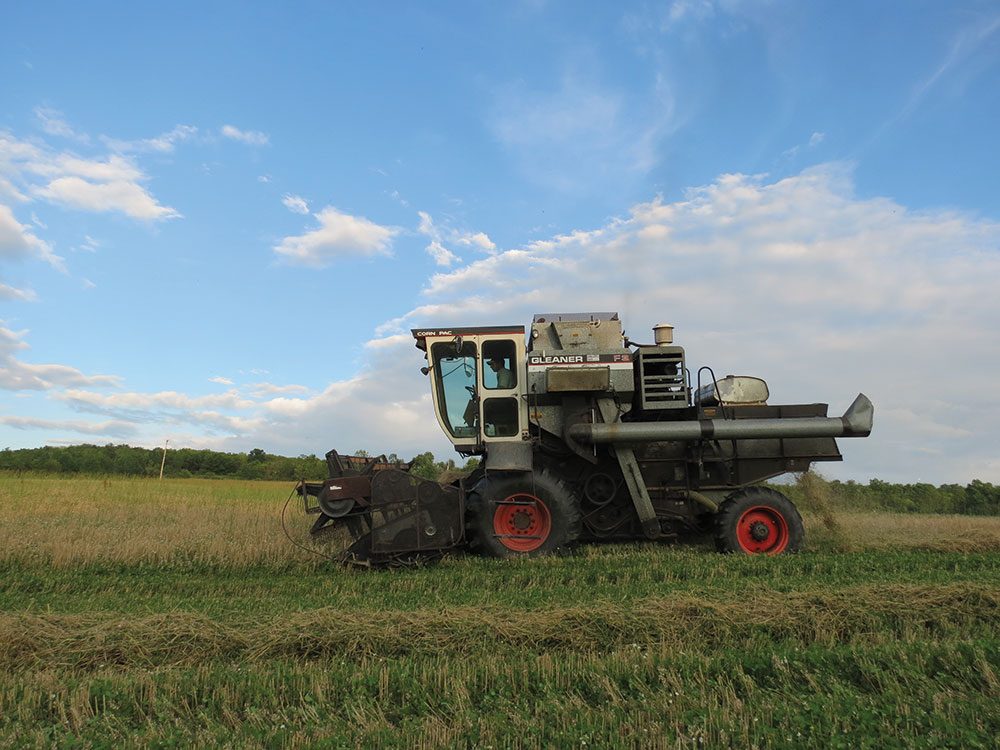 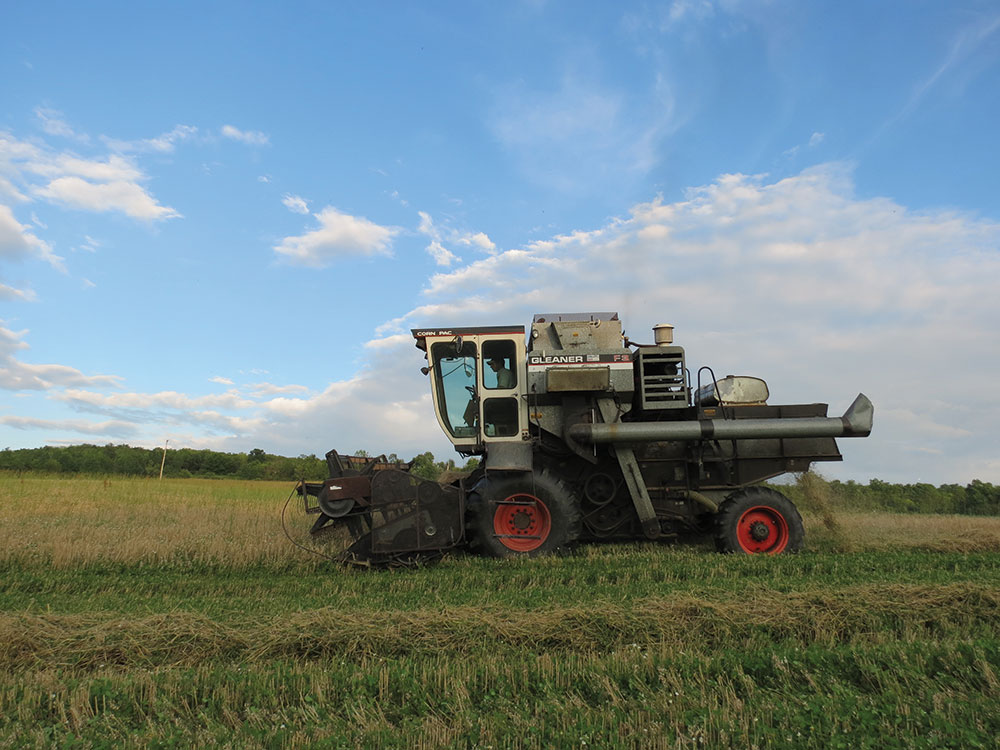 The Hudson River runs two ways, heading simultaneously north from the Atlantic to the Adirondacks and back down from the mountains to the sea, a fact that has given the waterway mythical qualities and irrevocably tied together New York City and the Hudson Valley. So it’s only fitting that, in the contemporary New York City craft distilling scene, which is rapidly achieving legendary status, the Hudson Valley would play a role in the creation of contemporary versions of “the Devil’s water,” as liquor was called during Prohibition.

From its founding days, New York has had a boozy history, relying upon ingredients grown both near and far, including within the Hudson Valley, to produce its hooch. But these days, the city-and-countryside collaboration is entirely sanctioned when it comes to producing spirits. In 2007, New York State’s post-Prohibition craft distilling regulations finally caught up with modern times, thanks to the Farm Distillery Act. The law allows New York State craft distilleries sizable licensing discounts if they use 75 percent New York State farm ingredients. Several Brooklyn-based distilleries are taking advantage of this remarkable opportunity, crafting products that at once evoke farmland and metropolis. 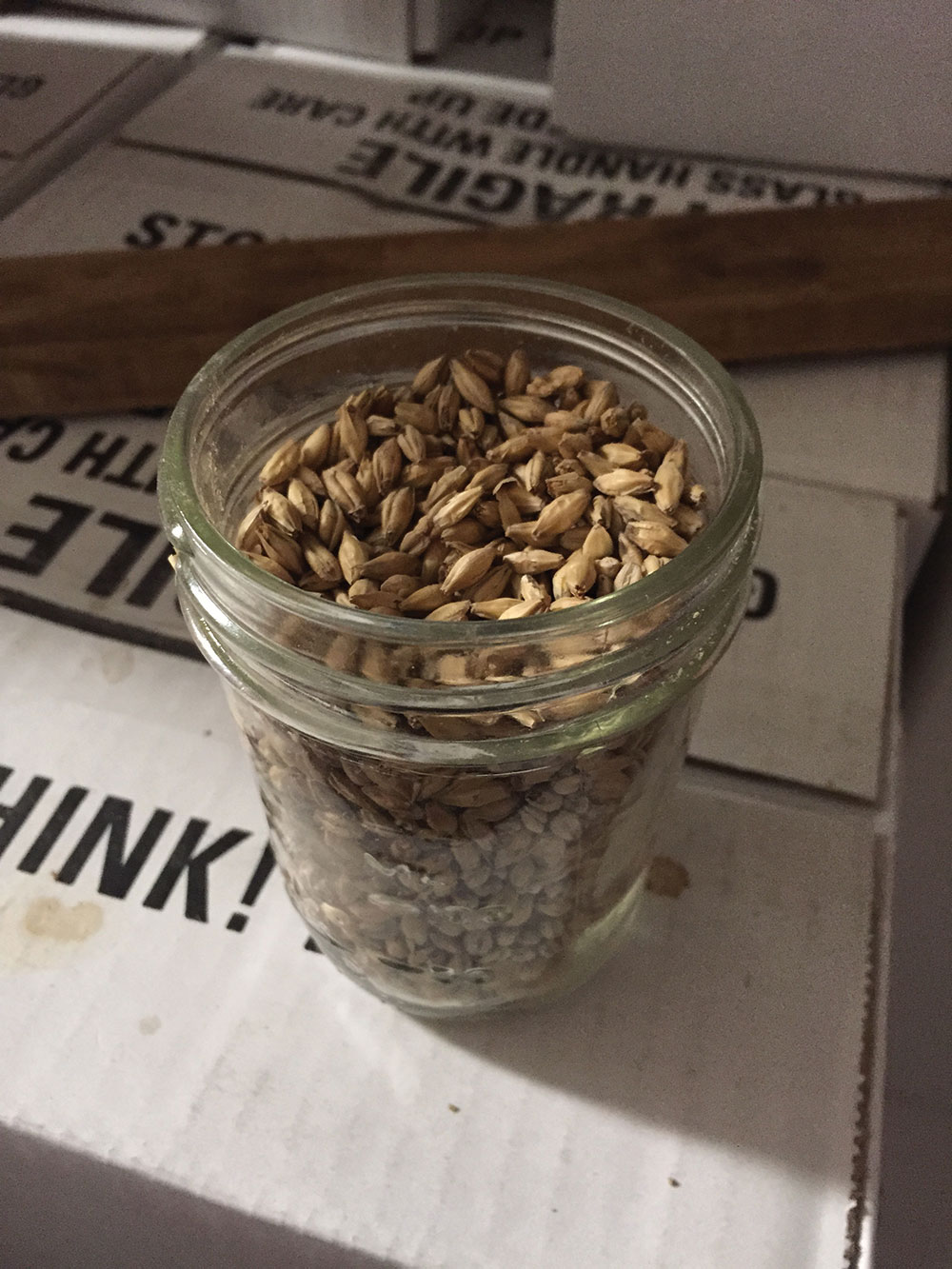 In Red Hook, Brooklyn, Van Brunt Stillhouse’s tasting room’s decor is a compelling mixture of nautical charm and warehouse starkness. Founders Daric Schlesselman and Sarah Ludington, spouses and business partners, have been living in Red Hook since 2003, and when they moved into craft distilling, they decided to keep their business in the seaside area. Schlesselman says the mixture of “industrial and residential” just made sense to them.

Van Brunt makes rum, moonshine from 100 percent New York State-grown corn, grappa from freshly pressed grape skins from wines made by nearby Brooklyn Winery and Red Hook Winery, and four types of whiskey: American, a four-grain made primarily from malted barley with a touch of corn and rye; a 100 percent malted, traditional Scottish variety but with caramel and roasted notes, aged for nine months in small, new barrels to bring out its wood character; rye that’s a mixture of the past year’s recipe experiments; and bourbon that’s wheated with 65 percent organic New York State-grown corn.

Ludington and Schlesselman buy grain from Thor Oechsner, an organic grain farmer in Newfield, south of Ithaca, who Schlesselman calls a “steward of the soil.” Van Brunt’s whiskeys reflect the quality of their ingredients, with a delicious cereal depth that makes them easy to drink at 11 in the morning. “My driving force has always been making spirits that fulfilled me personally,” says Schlesselman. 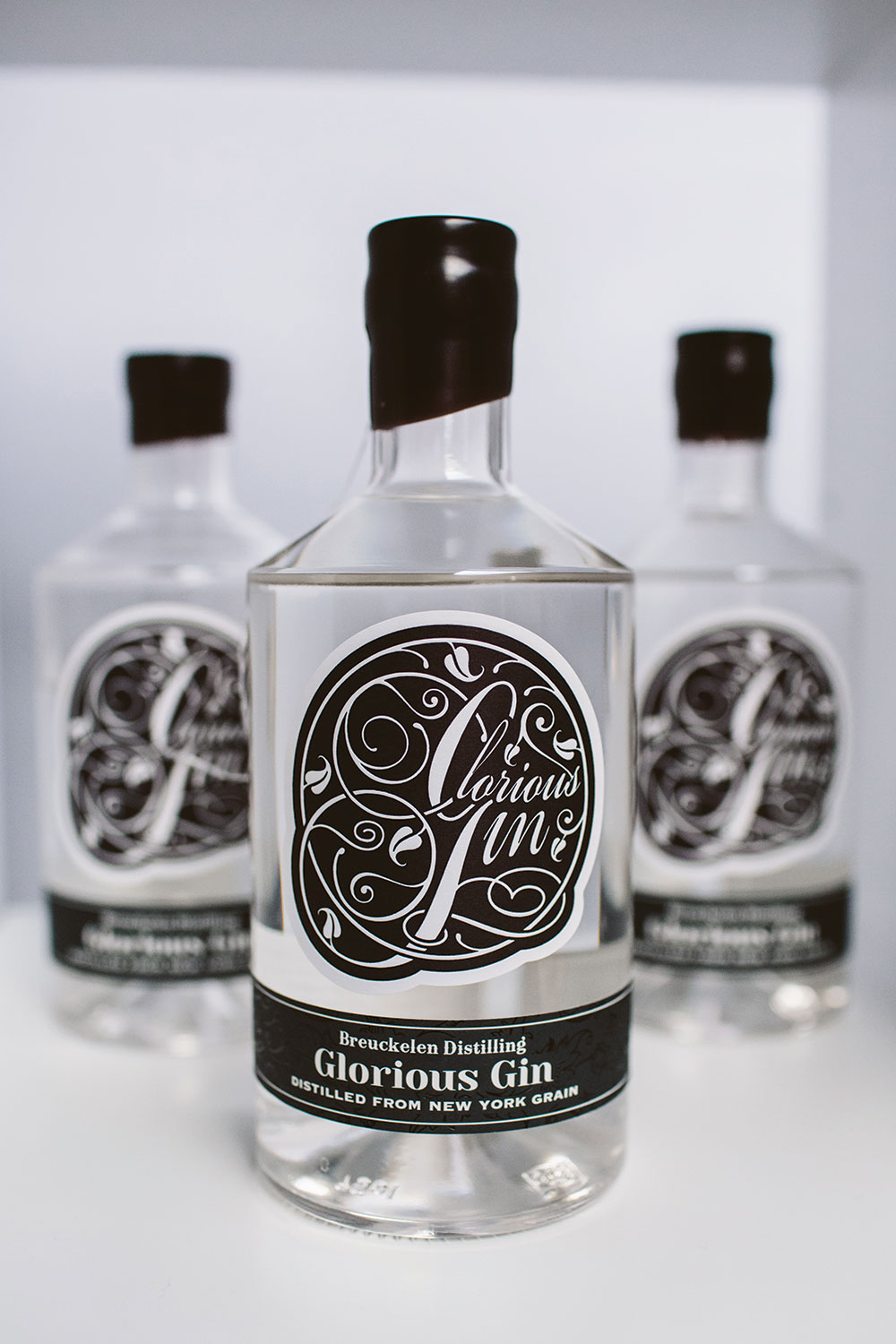 Located in Sunset Park, Breuckelen Distilling also buys its ingredients from Thor Oechsner (who, incidentally, not only runs Oechsner Farm upstate but is also a founding partner of Farmer Ground Flour, a co-operatively owned organic flour mill founded in 2008 in Trumansburg, and Ithaca’s popular Wide Awake Bakery). But Breuckelen, which has been operating since 2010, produces whiskeys and gins that taste very different from Van Brunt’s line, despite the sourcing overlap. Breuckelen’s gins are quite citric, and its whiskeys spicy.

The distillery’s name alludes to when Brooklyn’s history as a 17th-century Dutch settlement. However, the spirits themselves aren’t exactly “Dutch-style”—that is, made with distilled malt wine, or genever. Breuckelen’s Glorious Gin has an interesting buttery quality, almost like a California chardonnay (in a good way). The distillery’s 77 Whiskeys (available as both a wheat whiskey and a rye-and-corn mixture) have that same full-bodied flavor, with plenty of tropical fruit. 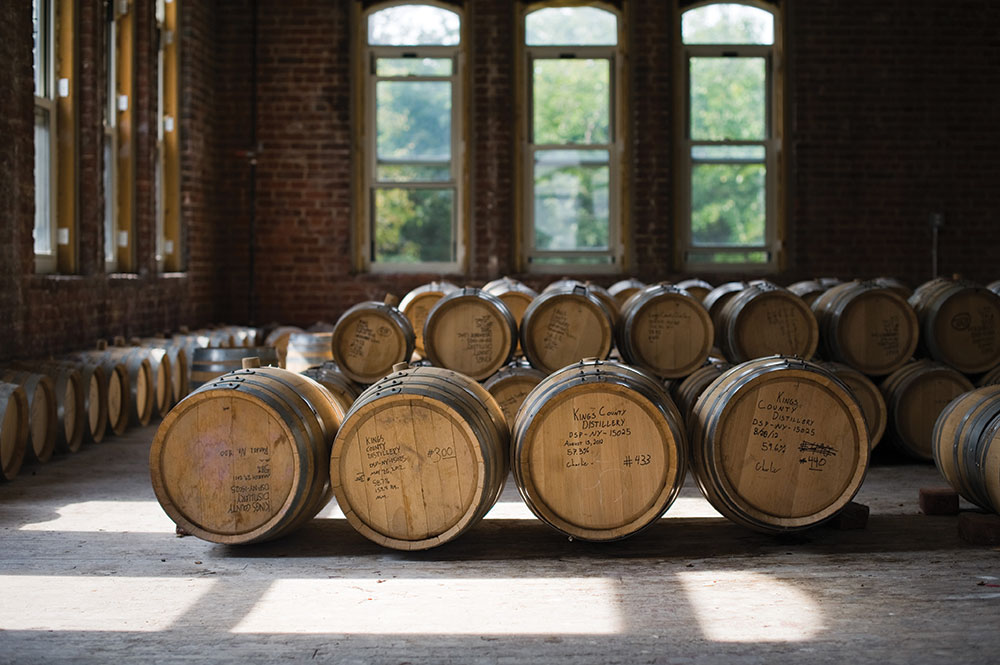 Colin Spoelman, the cofounder of Kings County Distillery, is a native of Kentucky, but the distillery’s whiskeys hardly conform to traditional Southern style. “We borrow a little bit from Scotch tradition (high malt content, open fermentation, off-the-grain fermentation, pot stills) and a little bit from Kentucky tradition (corn-dominant, charred new barrels), using New York water, grain, and climate,” Spoelman explains. “It gives us a whiskey that is kind of the triangulation of those places and cultures, and that seems about right.”

After discovering a plot of unutilized land in the Brooklyn Navy Yards, where Kings County Distillery is housed, the enterprise has even started growing its own corn. Although the distillery’s small farm hasn’t yet yielded enough crop to distill large amounts of whiskey, there’s been enough corn for small batches of“estate bourbon,” which is often donated to charity auctions. 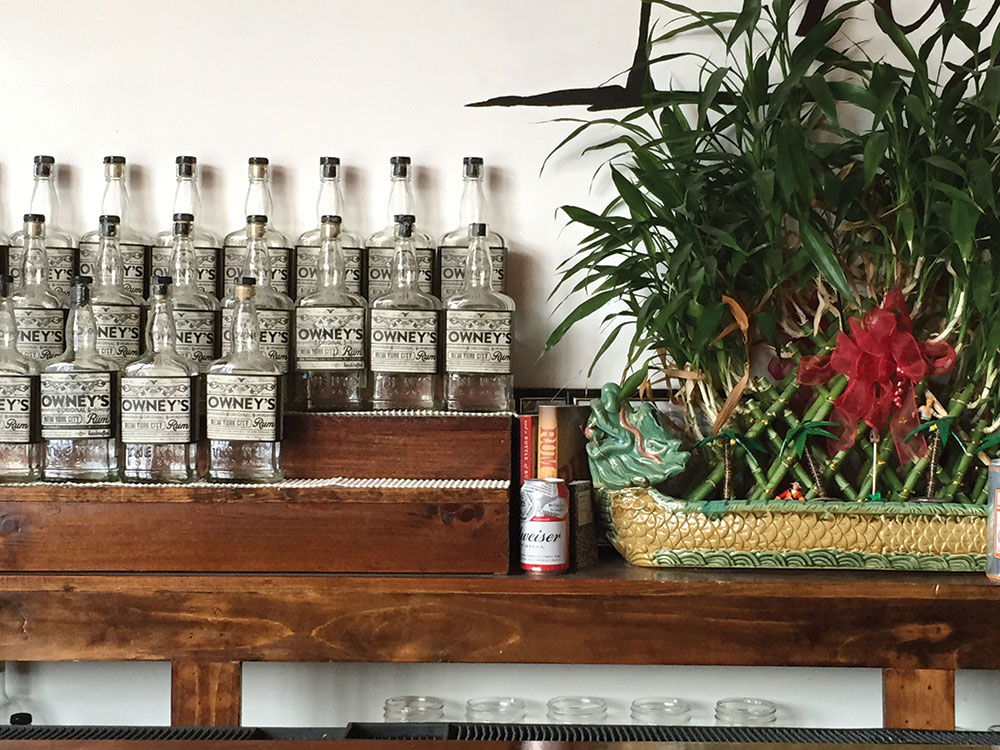 For Bushwick’s The Noble Experiment, good ol’ New York City filtered tap is the water of choice. TNE turns out a rum called Owney’s, named after notorious New York gangster Owney Madden, who ran the Cotton Club during Prohibition and was so well known for his skill with a lead pipe and gun that no corroborating witnesses ever came forward for the several murders he was said to have committed—some of which took place in public in broad daylight. Although bourbon might be widely regarded as America’s liquor of choice, TNE founder Bridget Firtle is quick to remind people that rum was actually the first liquor to be widely produced and consumed by the colonists, back in the mid-1600s.

Firtle, who was born and raised in Brooklyn, proudly holds that the New York City tap used in Owney’s is the best water in the world. That’s perhaps not surprising since it’s piped downstate from the Ashokan Reservoir, located in the midst of farmland at the foot of the Catskill Mountains. That’s why it’s perfectly tasty to drink from the sink taps—and why filtered New York City tap water is at least as high quality for Firtle’s rum as any bottled, branded water could be. 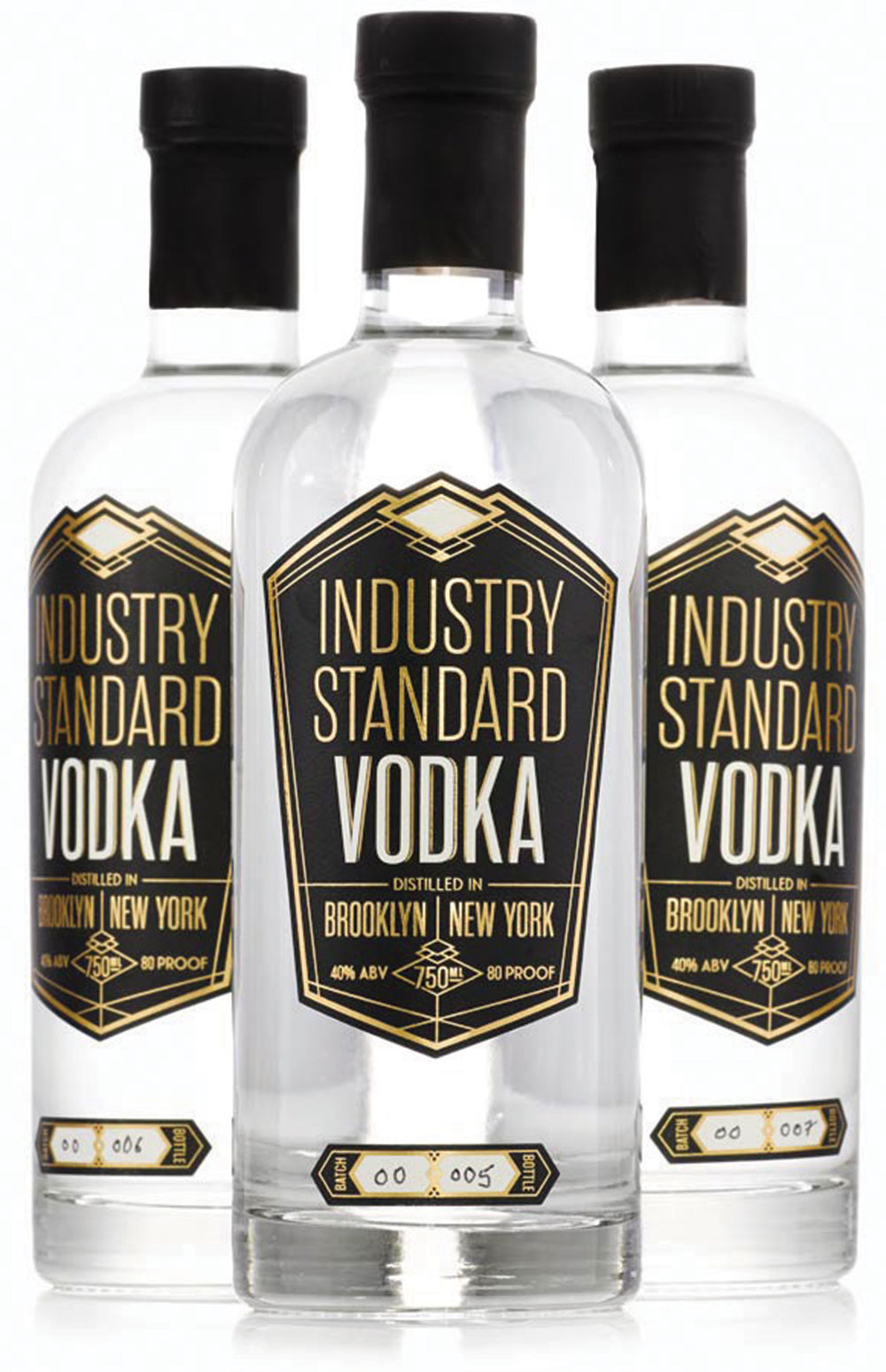 The ingredients of choice aren’t just about taste at Industry City Distillery, located in Sunset Park, but energy efficiency as well. The distillery’s Industry Standard Vodka is made from sugar beets, which require relatively little water, sunlight, or fertilizer to create a sugar-rich product. Not only that, but ICD’s machinery is completely proprietary.

ICD provides a great example of how ingredients can be taken to the next level with process. “Ingredients are important, but the process is paramount,” explains co-founder Zac Bruner. “For a neutral spirit like vodka, the flavors that will end up in the final product are developed through fermentation much more than from the initial ingredients. Our innovative still, designed and built in-house, lets us make a beautiful, clean spirit out of almost any base.”

New York Distilling Company makes a variety of unique gins and rye-based whiskeys. Each of the distillery’s spirits contains a sense of history and sentimentality, an allusion to something of the past.

There’s Dorothy Parker Gin, named after the one and only delightfully acerbic poet. And then there’s the zesty Perry’s Tot Navy Strength Gin, which uses wildflower honey from Twin Spruce Apiary in Climax, a hamlet of the rural town of Coxsackie, in Greene County. And lastly, there’s Chief Gowanus Gin, named for the legendary chief of the Canarsees back in Brooklyn’s Dutch days. The gin is based on an 1809 American recipe that turns rye whiskey into a traditional New Netherland gin. The unaged, double-distilled rye whiskey is returned to the company’s traditional pot still, given a handful of cluster hops—the very type believed to have been used for the original recipe—and distilled a third time, followed by three months in an oak barrel for smoothness.

What’s particularly interesting about this distillery is its use of rye, a grain that seems to be coming back into fashion in the distilling world, in its Roch & Rye, made with rock sugar, Ragtime Rye, and American straight whiskey. 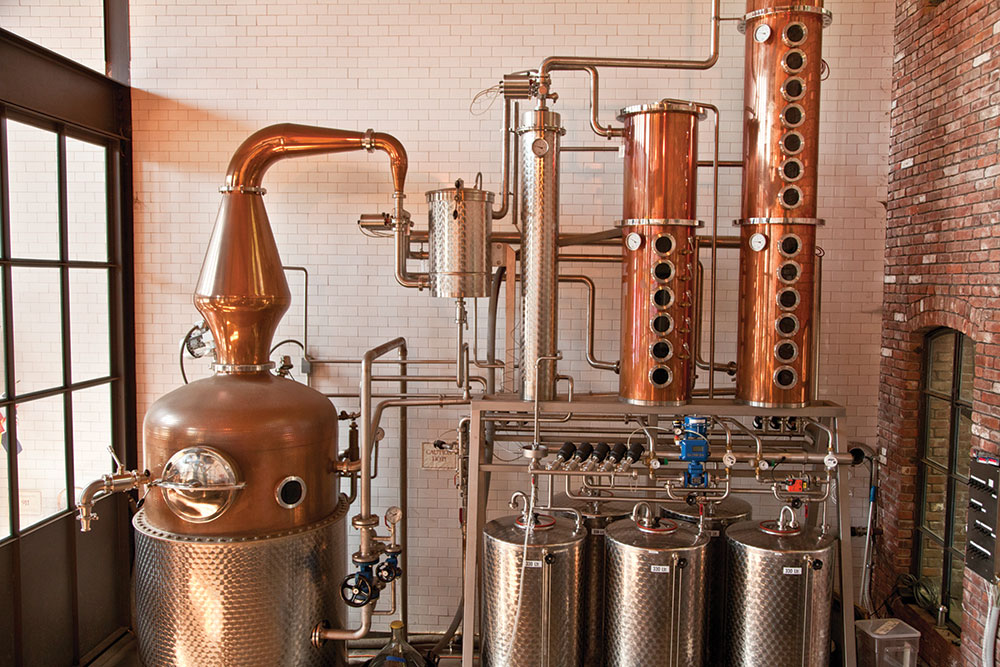 Widow Jane Distillery is located in Red Hook, but its namesake is the Widow Jane Mine in Rosendale, Ulster County, from which the distillery obtains its limestone water. Widow Jane claims the limestone water has beneficial mineral properties. But the water isn’t the only ingredient the distillery gets from the Hudson Valley—it grows all of its other ingredients there too, including the heirloom corn breeds Hopi Blue, Oaxacan Green, Wapsie Valley, and Bloody Butcher, as well as Baby Jane, a hybrid of the latter two corns.

Daniel Prieto Preston, who founded Widow Jane, also established chocolatier Cacao Prieto on the premises to produce “bean-to-bar” chocolate and cacao-based liqueurs and rums. Since the facilities neighbor each other, they can both be visited on the same afternoon for a sampling of that most appealing of pairings: whiskey and chocolate.

Aliza Kellermean writes about booze and other hedonistic pleasures. She lives in New York with her fiance and their brazen pug, Gimlet. Find her at AlizaDrinks and on Twitter @aleezabeeza