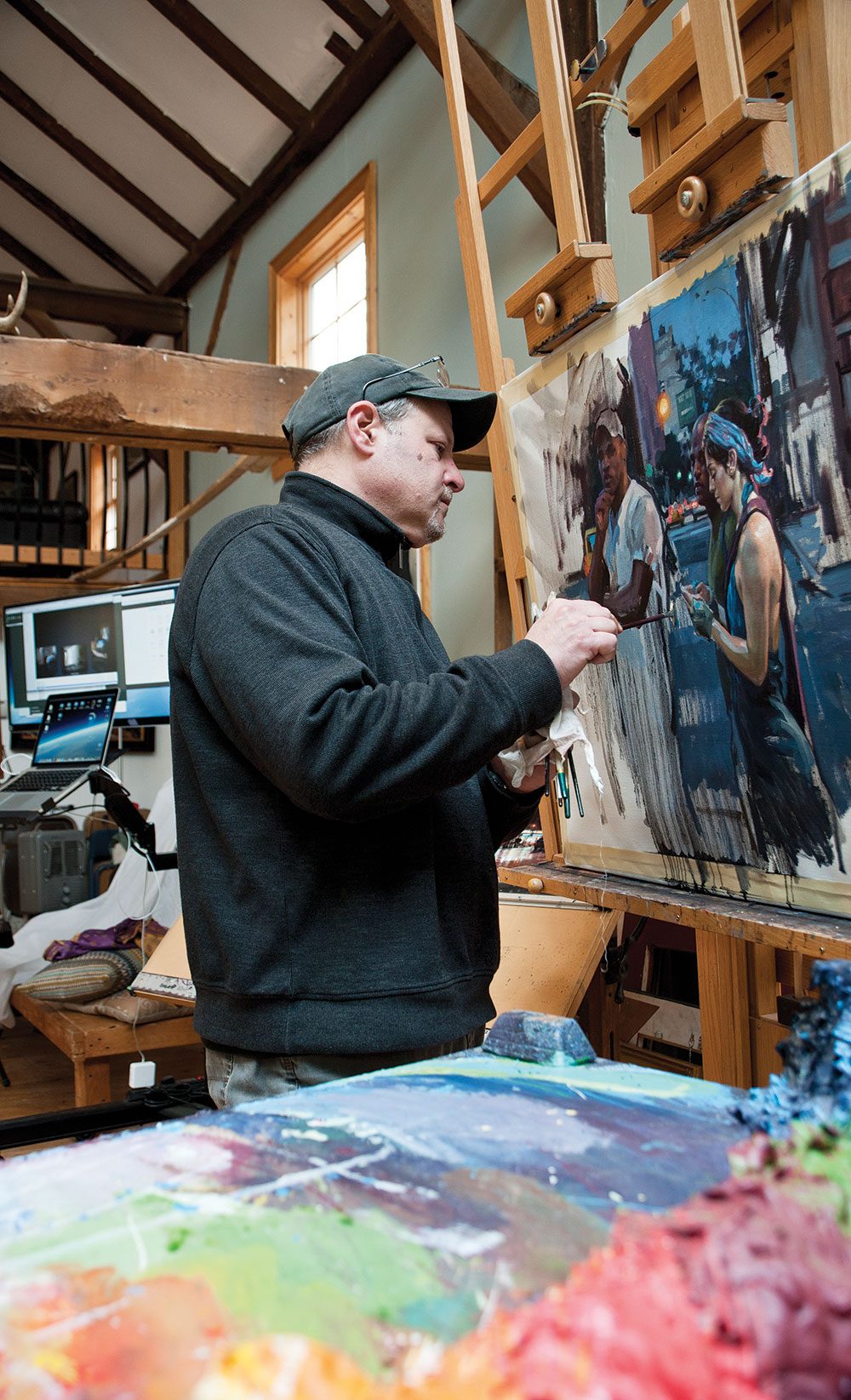 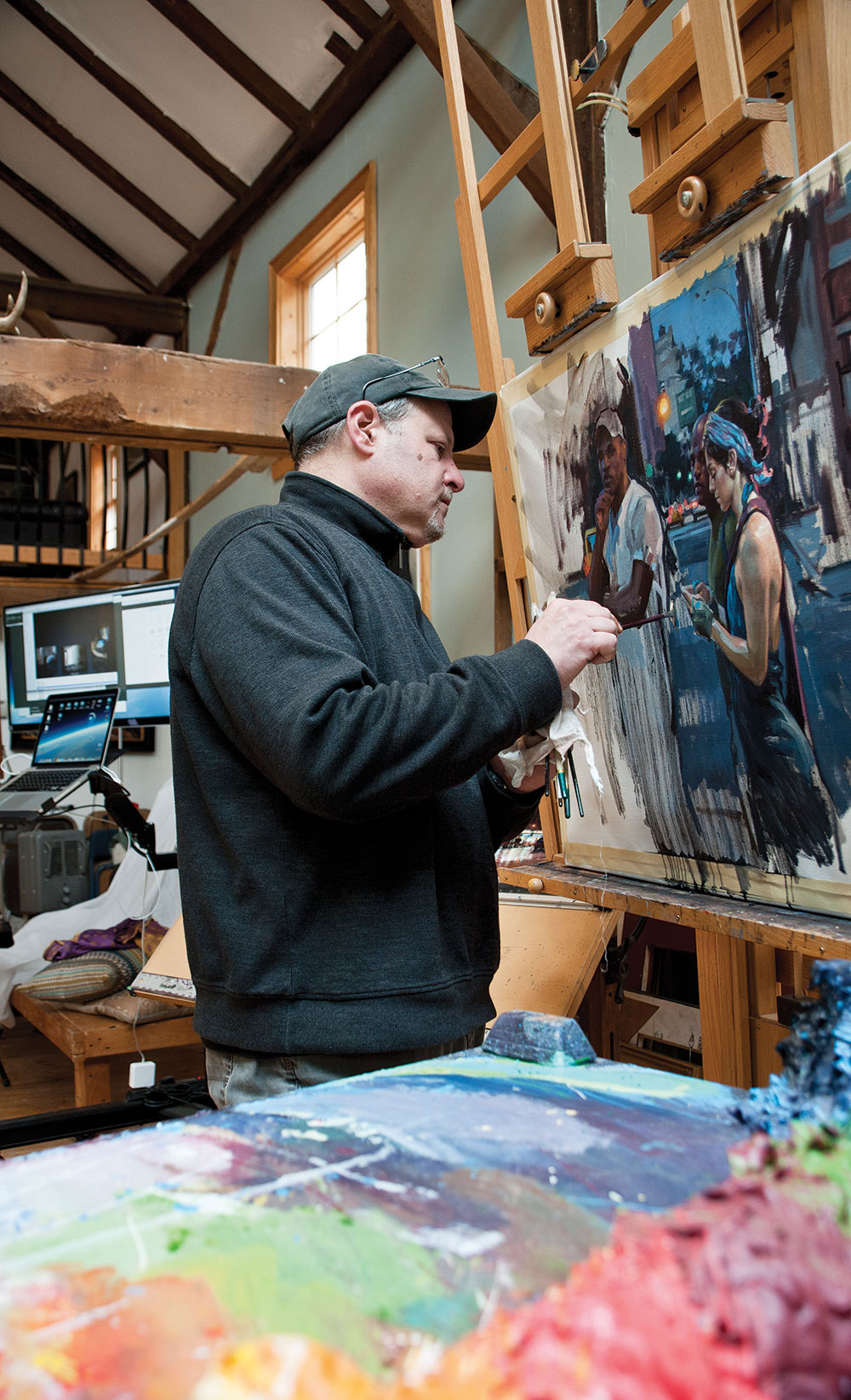 That’s generally a good thing, particularly in case of the carriage house on his New Windsor property, originally a 1790 Dutch settlement. By the late 1990s, Baker, a visual artist specializing in realistic portrait and mural painting, was living and working in his main house, but the carriage house remained dilapidated. He hoped to convert it to a studio but didn’t have the $300,000 or so he thought he needed to renovate the space. “We’ll wait ’til I get rich and famous,” he said at the time.

Then a friend brought a mysterious Frenchman to a barbecue Baker and his family hosted. While having a smoke, Baker showed the Frenchman the carriage house. “One day,” Baker told him. The Frenchman, named Patrick, responded, “When would you like to start?”

Patrick, a master carpenter who had renovated structures in New York City and France, wasn’t joking. On Thursdays, he began sending Baker materials lists. Baker would buy the materials and meet Patrick on Friday nights. They would work over the weekend, then Patrick would leave, returning maybe two weeks later. He accepted no payment. After 18 months, Patrick had taught Baker everything necessary to renovate the structure safely. “He disappeared,” Baker says, “and I finished it on my own in the next two and a half years.” 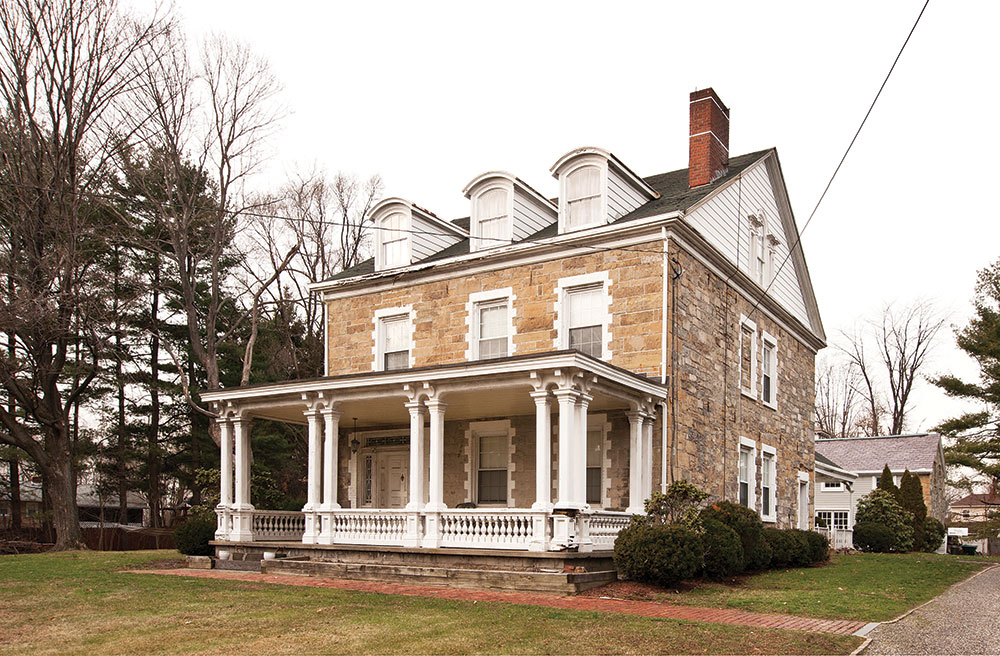 Baker hasn’t heard from Patrick since. But thanks to Patrick, he now has a studio inside a renovated post-and-beam barn attached to a stone-walled carriage house. At the aptly titled Carriage House Art Studios, Baker presents both his work and work by other artists, and runs workshops and classes, often giving artists accommodations inside his main house. Essentially, Baker is an artist giving back to the art community; fitting, because a stranger gave him plenty of help.

A native New Yorker, Baker was living and working in a cramped two-bedroom Manhattan apartment with his pregnant wife and two-year-old son in 1990. After visiting friends near Peekskill, the Bakers began looking for a home upstate. Their hunt brought them to the Dutch settlement off Union Avenue.

The main house has three stories. On the first level is a Colonial-red living room outfitted with Baker’s paintings of family members. There’s his daughter lounging on the grass outside their house. There’s his girlfriend, Clara, intriguing in black on a sunny afternoon. A black marble fireplace is in the dining room, and in the kitchen stands an original restored fireplace with a beehive oven, perfect for home-baked pizza.

The house has four guest bedrooms, which are used for Baker’s artist workshops—up to five each year. Artists from all over the world have been traveling to Baker’s house for five years to study drawing and painting. Baker especially loves to take artists out on plein air excursions. “I go to those place where Thomas Cole painted, where Frederic Church painted—all the Hudson River painters, I know where they painted,” he says. “I take people to those spots, and they come up from Brooklyn or wherever and are like ‘Holy….’” 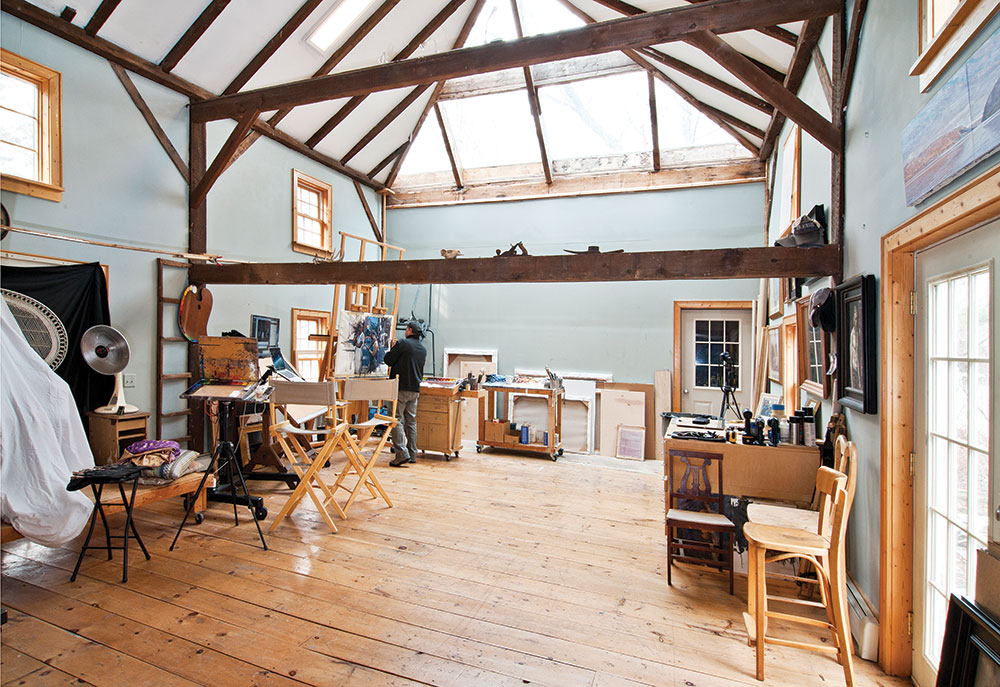 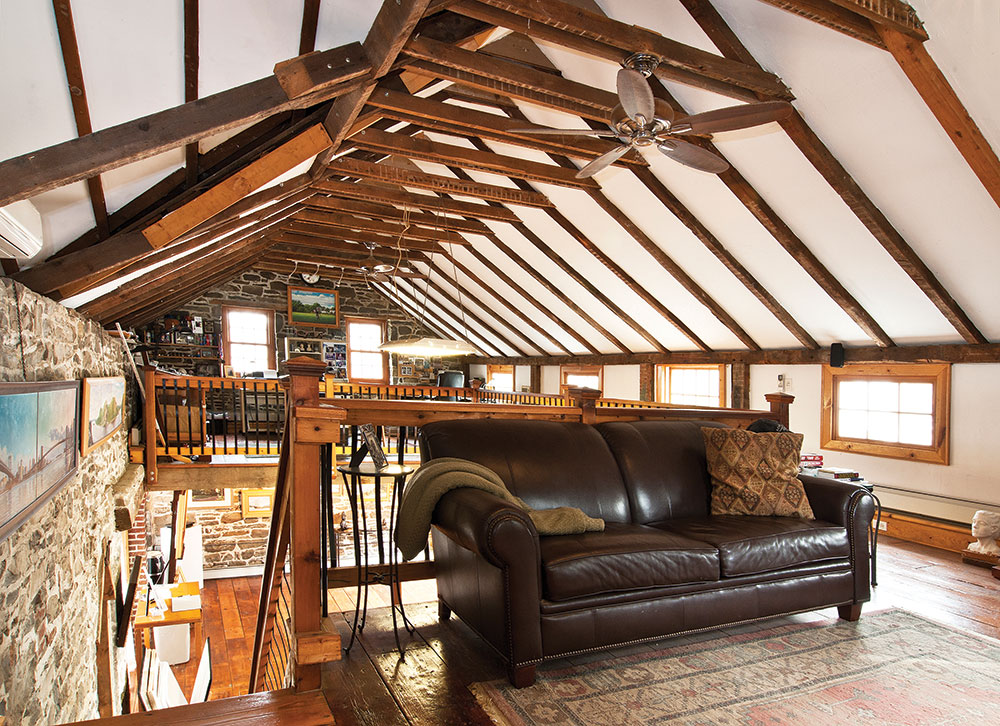 Baker’s devotion to traditional painting and mural work has afforded him opportunities in places like Helsingor, Denmark, where his mural of shipbuilders references the city’s history, and Santa Clarita, California, where he painted a mural of firefighters controlling a forest blaze for the Los Angeles County Fire Department, riding along with the firefighters for three days beforehand. “Most of the murals I do are really about communities, about the people,” Baker says, “and it’s about the stories they want to tell through public art.”

The same philosophy holds true for his framed paintings of everyday work and play, captured in bold color and displayed in the Studio Gallery. In Maine, he watched a family salt entire bags of herring to be thrown into the water as lobster bait. Back home, down at Plum Point on the Hudson River, he met fishermen attempting to haul in some striped bass. For weeks he’d show up, sketch their activity, sometimes join them.

A staircase leads to a loft space with a leather couch, chair, and television, a place for visitors to relax. An upper-floor walkway connects this space to Baker’s office, with two computers, a drafting table, and paperwork spilling from every crevice. Back downstairs, through a hallway extending from the gallery, is Baker’s studio. It’s an old horse barn, confirmed by the chew marks, about horse-head high, on the original wood that frames a doorway. The studio and upstairs office underscore the nonstop pace of Baker’s busy existence as an artist/entrepreneur. In the studio, there’s a computer monitor, painting easel, and, at the far wall, an 18-foot-by-24-foot space for mural work. An oversize rack stands in a corner, holding mural canvas that can easily be unfurled against the wall. Baker also installed a skylight facing north, which allows for controlled, indirect sunlight throughout the day. 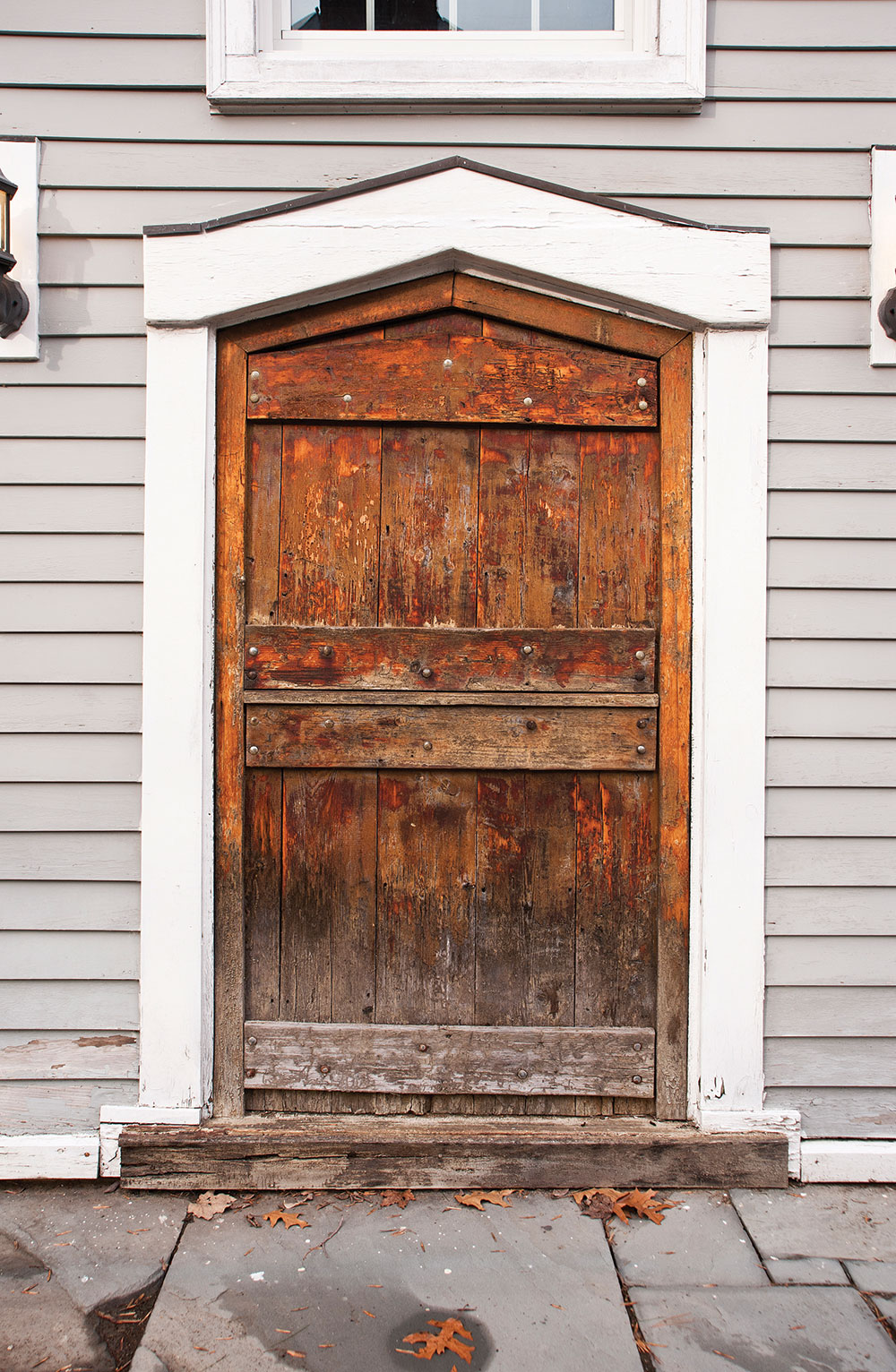 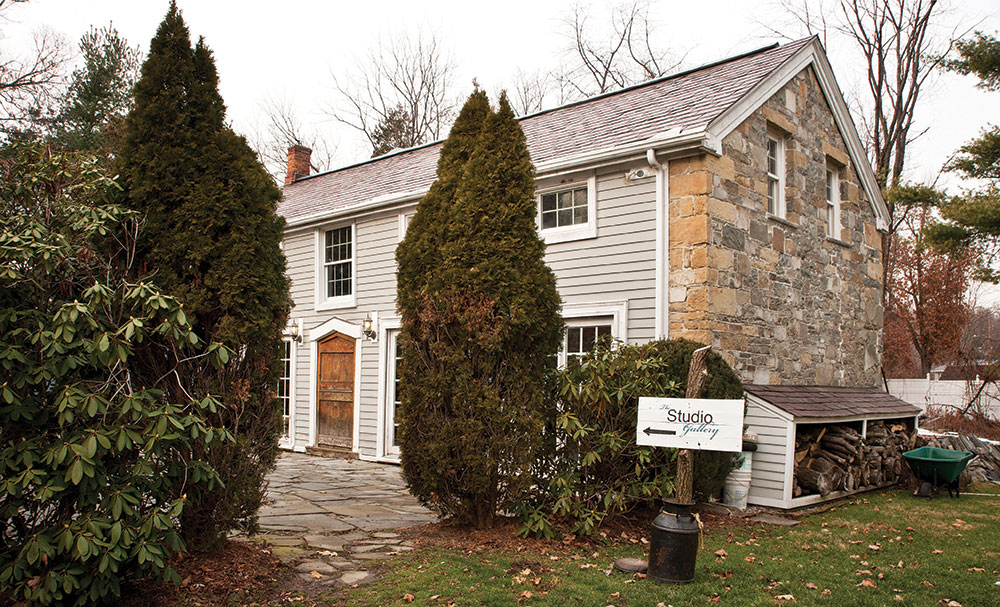 Baker likes to have people stop by. It helps that he took care with a willing French carpenter to keep alive the carriage house’s character. “You have to be truthful to the reality of what [the carriage house] is, but then you have to bring to it an energy that creates an excitement about it. I have the benefit of [the house], though it wasn’t such a benefit when it was crumbling and falling down and I had to jack up half the building,” he says. “I think you have to start where you are with what you have and the tools that are available, and you have to bring the most honest, positive energy to that and build something.”

And it doesn’t hurt to talk to strangers.